Orhan Pamuk's book Istanbul describes how Pamuk used to take walks around the back neighborhoods of Istanbul in his youth, and would always bring home some rock - fallen from the wlls of some Byszantine ruin or Ottoman fortress - as a memento to add to his collection. "Eventually," wrote Pamuk, "I realized that all I possessed was a pile of old rocks." 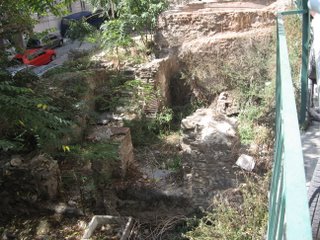 This was the view out of our window at the flat we rented in Galata. With no plaque to tell what it is, it is a dump and cat colony today, but asking around revealed it to be a Byzantine era Jewish bath. Virtually all of Istanbul is built on an earlier version of Istanbul, and there is simply no way you can deal with so many archeological sites. Where do you put the remains of the Forum of Theodocius? Too big for any museum. You leave them where you found them, along the main road in Aksaray. 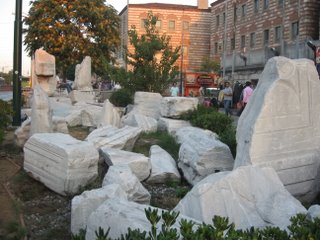 The Sublime Porte was the entrance to the offices of the Grand Vizier, the Sultan's Minister for Foreign affairs. The importance of entering this door became an international metaphor for the power of the Ottoman Empire at its height. 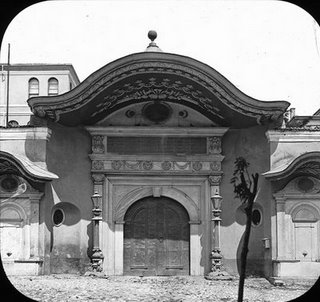 Today it still stands, along a busy street crowded with taxis, trams, and tourists. 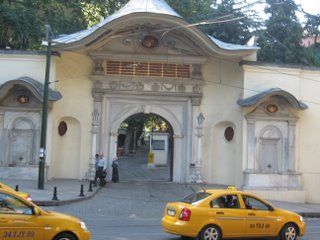 The Byzantine Gate of Emperor Adrian withstood the final assault of Mehmet troops during the Ottoman conquest in 1454. 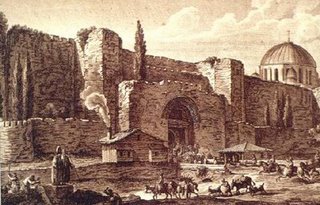 And it makes a neat bus stop today! 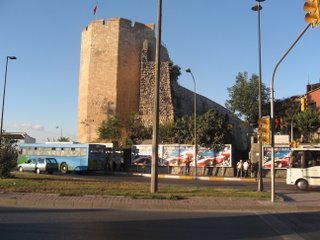 Enough of old stuff. I'm going out to lunch. Got to figure out what it is that makes these guys so happy and smiley. Probably böreg. 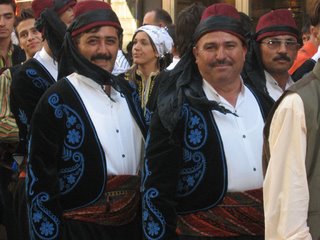