Given that Istanbul is a virtual paradise of ground-meat delights, I had been hoping to find a decent hamburger. I get burger cravings regularly, and living in Europe this is simply a recipe for disappointment. Europe doesn't do burgers very well. I can't even make a decent burger at home. Most ground meat in Hungary is ground pork - which is what goes into the Magyar Burgers that are sold at nasty micro-wave snack stands around Hungary. Ground beef is a rare find, and usually from the most lean cuts. A good burger should have at least 25% fat in it, so I sometimes resort to hand-chopping some fatty soup meat into my burgers. Then I have to hand chop the meat since Hungarian beef is tough and coarsely ground. Worth the trouble? 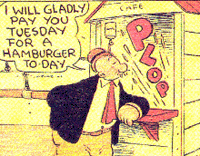 Most Europeans define a hamburger as something bought at McDonald's, and while everybody claims to hate Micky D's all the McDonald's in Europe are packed to the gills with long lines at the counter. Some burgers become strange five-star chef's fusion creations, with a hint of Thai, a whiff of Provence, artisanal cheese, but it still ain't no Hamburger Mary's. A big, juicy cheeseburger of the type that used to nourish me and my bro at Louie's Charcoal Pit or the Allston Grille has eluded me all over this continent. Heck, I used to have breakfast at the White Manna in Hackensack back when I worked on Hackensack city garbage trucks. And so I was excited when I saw this sign at the Amusement park near Besiktas Stadium... 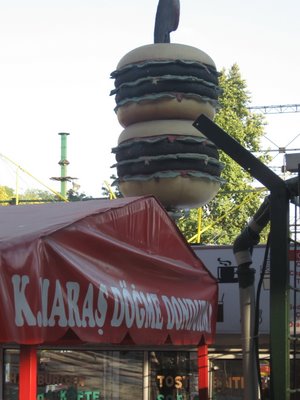 But it was all a sham. No burgers, only köfte. Up at Taxim Square, you could always find something called sosli hamburger - the saucy burger. 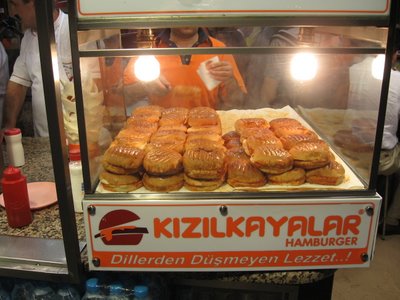 I couldn't bring myself to try them. That's right, I'll happily munch lamb heads or whole dried fish any time of the day, but mass-produced shiny orange hamburgers dripping with yellow sauce kept warm under heat lamps all day... I just couldn't. I kept approaching the burger stand, thinking go ahead... it might be a Turkish version of White Castle... just think of what you'd be missing... but I couldn't. I have failed. The best available alternative would be a pleskavica: 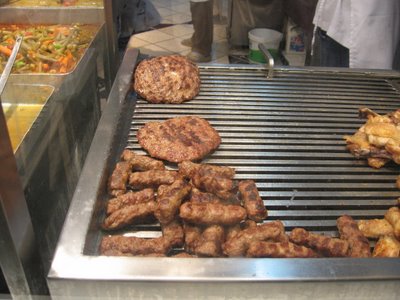 Pleskavica is probably Europe's only viable hamburger substitute. Originally the Yugoslav national burger - pleskavica and accordion music seem to be the only thing that Serbs and Bosnians can agree on - they are usually made from the same beef and lamb combination that goes into cevapcici (seen in the foreground.) Unlike a hamburger, the ground meat is heavily worked by hand into a dense paste before grilling (the secret to a good burger is just the opposite: the burger patty should be handled as little as possible before smacking it down on the grill.) Pleskavica was brought to Istanbul by waves of Bosnian refugees in the 1990s. It is served, however, on a plate with salad and pilav. And the one pictured here isn't gigantic. Serbian pleskavica are the size of hubcaps, literally. Three bucks in a downtown Belgrade restauarant gets you a slab of meat the size of a grilled laptop computer. Slap it inside a flat lepenje bread, spread on some cream kaymak, ajvar pepper sauce andchoppedd onions on it and you have the Balkan equivalent of the House Burger Special. The Castro Bistro in Budapest has excellent pleskavica, which will do until I can get myself back to Belgrade. But still, pleskavica is not a burger. And if I can't have a burger, I'll have to live with some kind of köfte, preferably like this: 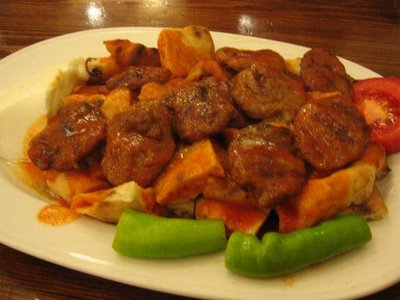 Pideli köfte from the Çiçek Köfte chain: miniature köfte burgers on a bed of soft pide bread in a tomato salça sauce with a side of yoghurt. Of course, I can always run down to the original Çiçek Köfte joint in Karaköy, located on the second floor above a pharmacy in the hardware market: 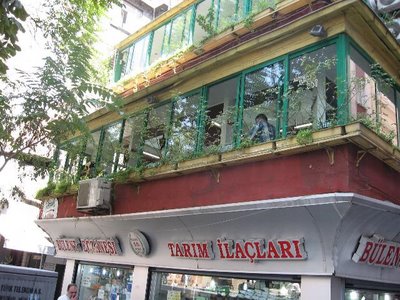 The straightforward köfte lunch at 2 Euros a plate. Pepper salça, mashed potato, pilav, bread. One of the best lunch buys in the entire universe. 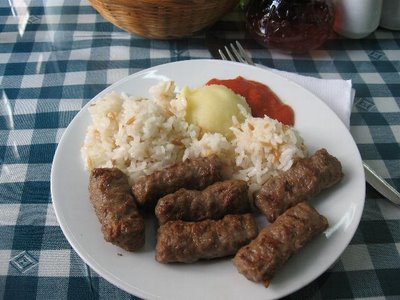 Çiçek Köfte is possibly one of my top five köfte restaurants. Like any good restaurant, the staff remains constant and is proud of their work. I first ate at Çiçek in 1991 and the same waiters are still there fifteen years later. Real professionals. Amazingly smart service. When I want a burger it is reassuring to have it prepared somebody who spends decades grilling meats. This isn't fast food, although in terms of minutes, it is. 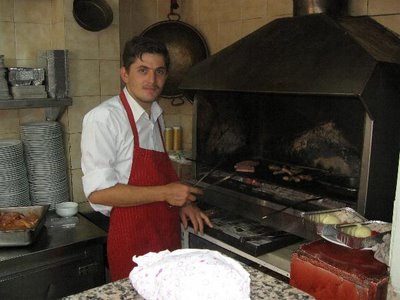 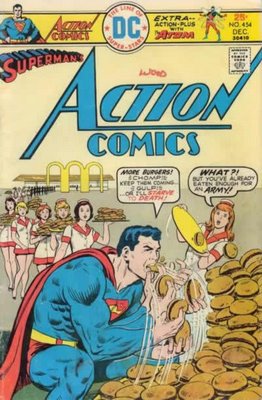 Bob when I was in Montenegro this summer I ate pleskavica every day washed down with Krstac: a finer combination is not to be found. Among the sauces, salads etc. from which you could add to yr pleska, was a tub of Vegeta. Imagine that. Putting Vegeta on your pleska.

Hey, I enjoyed the blog (delicious) and thanks for linking to Juju!