Long Story Short: I travel too much.

I am finally home. After months on the road I am sleeping on my own futon, eating from my own kitchen, rummaging through my own desk and reading my own books. I have been on tour since July, and it does get a bit weary after a while, travelling in tour buses, waiting in airport lounges, spending days looking forward to those few hours in a strange hotel where "home" consists of a shower and some free wifi (damn you, Germany!) Oh, and traveling on boats. Boats everywhere, upstream, downstream, to nowhere.

I can't divulge the entirety of what I have been up to but I can show some of where I have been in the last month since I left the USA... OK. Careful readers of this blog will know that I flew to the USA in July and very abruptly traveled to Canada soon after. After communing with my Bronx roots and eating a lot of Chinese and Arab food in New Jersey for a couple of weeks I flew back to Budapest. I had less than a week at home in Budapest and then I was off with the Brothers Nazaroff to the Republic of Moldova. By bus. Across Romania. 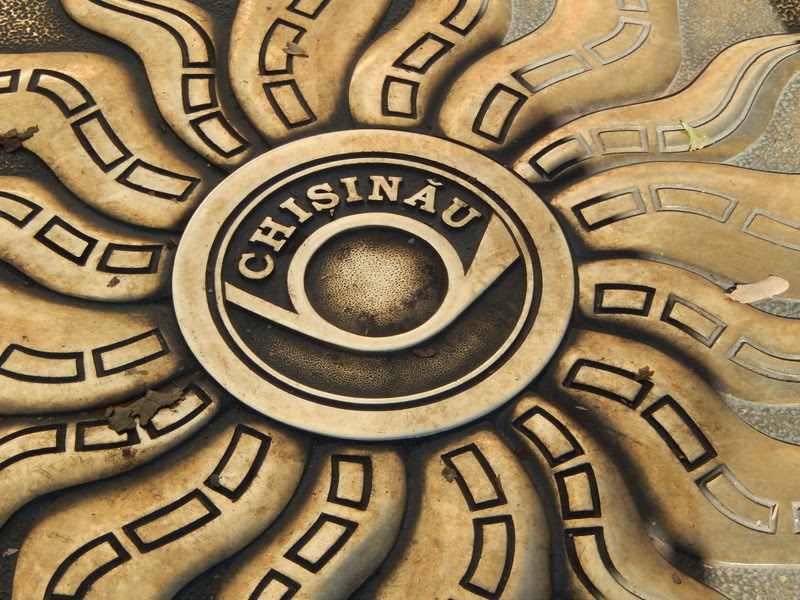 Chisinau, the capitol city of Moldova, is remarkably vital and prospering city, made that way primarily from the money sent back home by Moldovan workers abroad. thrity percent of the Moldovan work force is abroad at any moment. Think about that. Those grapes you had for breakfast? Probably picked by a Moldovan, Those that stay home may be happier, but money is in short supply. We met up with Yiddish singer Slava Farber - perhaps the last Yiddish wedding singer left in East Europe - and that evening did a gig with him at the hip Propaganda Club. The next morning, with the small amount of free time we had I hit the Central Market and picked up some of the pickles and prunes I had fallen in love with on my first visit to Chisinau in 2009.

Moldova has been hit by an economic boycott carried out by Russia, formerly its major market for wine and produce, which meant that there was more excellent wine and delicacies at rock bottom prices for the home market and also in Romania. Moldavian food is excellent: you would never expect such  a fantastic cuisine after eating Moldavian food across the border in Romania. the difference is huge. Moldovan wine has come a long way due to the influence of Moldovan winemakers learning modern techniques in France and Italy. Moldova is for fressers! After a few days in busy Chisinau we headed north to Edintets to check in with the brass band there - old friends led by Anatoli Ciobanu - who still maintain a body of updated Klezmer style tunes for brass band.

We jammed out in the Edinets city park, with me on cobza. We were in a rush and the weather hovered between cold and outright rainy, but we had a great time marching around the woods blasting tunes. After a slow lunch of bad mititei and pickles we had to get back on the road to make it to Botosani, Romania, in time for a concert at the Old Synagogue, organized by the Jewish community of Botosan and Jake S.-Ment.

Like so many of Romania's Jewish communities, the one in Botosani is small, but it seemed a relatively well off and tight knit community, and nearly everybody we met could speak Yiddish. Plus, the Hotel we stayed in had once been intended as Nicolae Ceaucescu's residence when staying in Botosani! We got tasteless fascist design pluswifi and a great breakfast included! Next stop: Maramures! A mere six hour drive west of Bukovina!

We stayed at the eco-pension of Ioan Pop in the village of Hoteni, just south of Sighet. Ioan is a well-known musician and cultural organizer (and leader of the group Iza who has toured worldwide) who is, as he says "A peasant from Monday to Friday, and a musician on weekends." He and his wife are two of the nicest people I know in Romania, and if you are ever up in these parts, look into booking a room at their Pensiune.

This was the first time Meyshke has been to Maramures, and he was taking full advantage of it: fiddling, singing, and adapting to the three times distilled horinca that folks knock back in these parts when in need of alcoholic refreshment. Ioan had told us that our old friend Nicolae was still alive and kicking so we went off to meet him. Me and Jake have been visiting Nicolae Covaci for years, enjoying both his music as well as his ever growing tall tales.

Nicolae is one of the last of the real old style fiddlers in Maramures, unaffected by the more showy style that was ushered in by the Fratii Petreus in the 1960s.We were surprised when one of his younger brothers, Vassile showed up and started playing along. I though Nicolae was one of five brothers, but it seems that his father must have been a very busy and sleep-deprived man. There is nothing better than double fiddles, especially when played by siblings and this was some great music. Jake and Meyshke provided rhythm while I "stole" the tunes on video. OK, does this sound like  its time to pack it up and go home? that would seem logical, no? Well, no actually. We get back to Bpest, spend one night at home, and off to Paris. On Ryan Air. As in "Musicians do not fly Ryan Air." (That will be a full post in the future.) But at least we got to Paris. Paris, a city of culture and... amour... literature... and boats. And croissants. There is nothing quite like the croissants of Paris.

And croissants on boats. And a very grumpy me on fracking boats in rainy, nasty weather that is cramping my old bones and making me want to be back in Moldova. The grey mud of Maramures was still on my shoes as we sailed past the Cathedral of Notre Dame. But we got to float down the Seine in a real French bat-oh singing in Yiddish and occasionally in English (the theme song to Gilligan's Isle) and Russian. Because that is how we Nazaroffs roll. Our gig at night was in a funky trad folk club in eastern Paris near Belleville,

In Paris we didn't have much in the way of free time: no sighteseeing, no shopping, no browsing the international CDs at FNAC, no flea markets, no leisurely strolls through African neighborhoods. This may have been the briefest and busiest trip I have ever made to the City of Light but we were due in Berlin for gigs at the Maxim Gorki Theater's Studio R club celebrating the 20th year anniversary of Oriente Records, the Berlin music label that has supported Di Nayes, Painted Bird, Jake and now Meyshkye's new project with Julian Kytasty. Til at Oriente is dedicated to good music and entirely open and honest with his stable of musicians. Oriente may be the last stand for quality Jewish music among labels at this strange time when nobody seems to be buying Cds anymore, but he still plugs on, fighting the Good Fight. So there was no way we were going to miss the Oriente Anniversay Festival. Which meant an overnight train to Berlin for the evening accommodations. There is nothing stranger than travelling alone in a sleeper car. 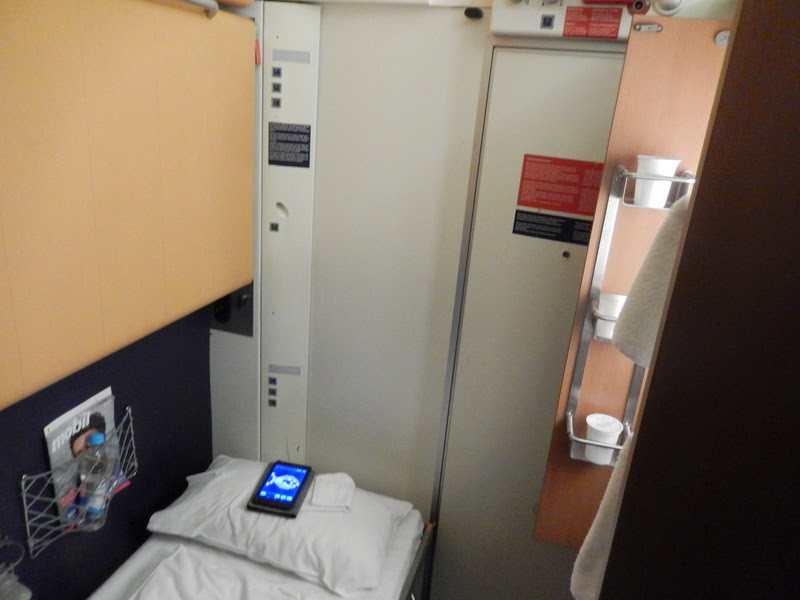 It is a heck of a lot better than sleeping with strangers in a sleeper car, but also a bit like staying in prison for a night: a very clean and polite German prison where they let you bring in a bottle of wine and a salami and PC tablet full of movies and the entire season of "Rick and Morty." Up in the morning and we taken off to Alexanderplatz where our rather ritzy hotel promises us that if we avail ourselves of their facilities we are nearly guaranteed to have "successful meetings!" (I can't imagine that they would wish their guests "mediocre meetings" or say "We hope your meetings suck!") 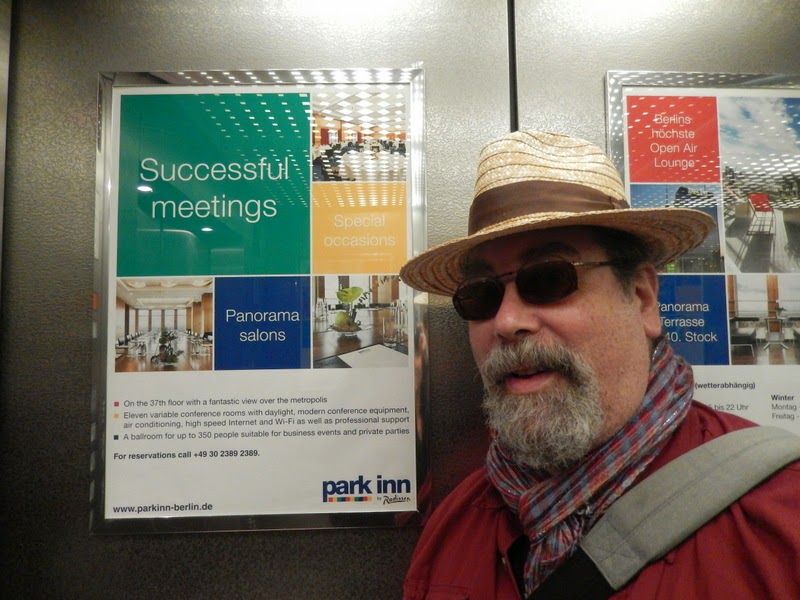 We stay at atmospheric Alexander Platz, which is a square kilometer of cement, steel and glass so tastelessly and relentlessly East German that back in the early 1990s when Berlin was busy burying its past there was no way to do anything with A-platz except let it stand as a monument to a supremely badly designed East German future. Berlin is actually one of my favorite cities: it is butt-ugly and has wretchedly bad Thai food (and virtually no Chinese food at all: note that China does not have a developed sex tourism industry) but nevertheless, Berlin is friendly and affordable and more than makes up for its blemishes by being home to thousands of Turks and Kurds and Macedonians. 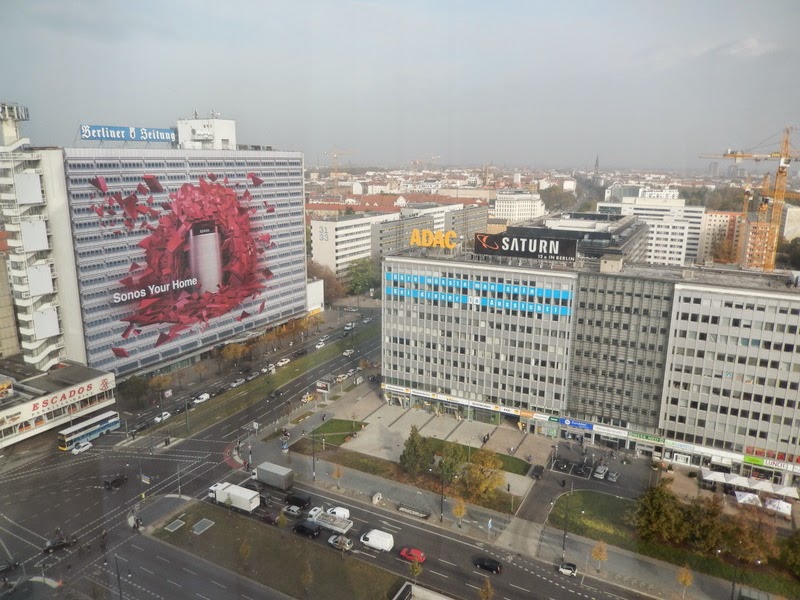 And to dedicated readers of this blog: I have been on the road so much this year that I haven't been updating regularly. This post is just a place holder for some more fun stories to come. I will be back soon with high definition pictures of the world's great Klezmer fiddlers eating brightly colored things with their bare hands! Stay tuned!