Táncháztalálkozó 2014: The Unpronounceable Power of Music. 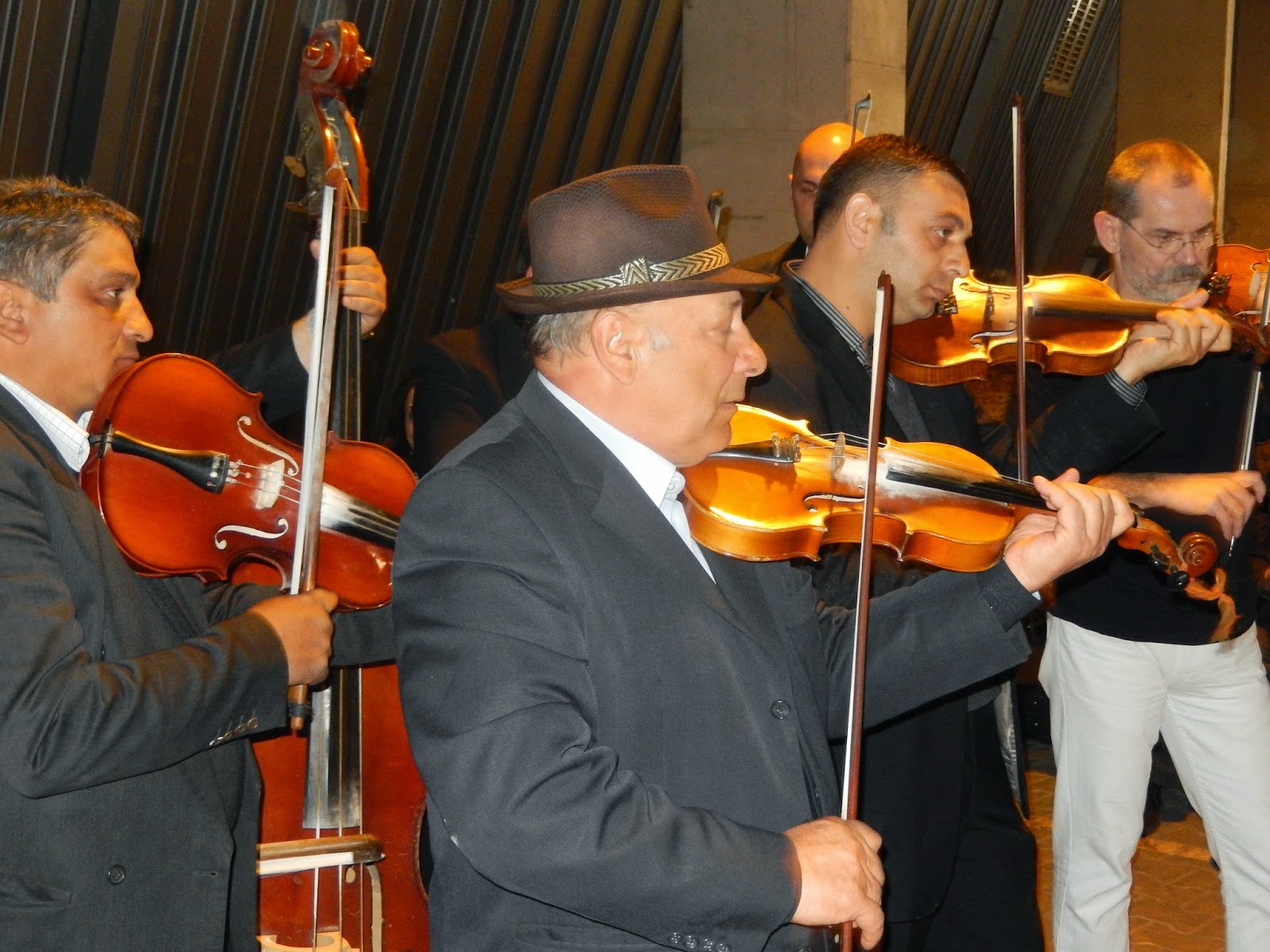 Spring came to Budapest in full force this weekend with sunny days, high temperatures. The Hungarian elections are happening in a week, and that means the weekend was marked by mass marches and election rallies featuring stump speeches by cognitively challenged baboons who display the moral compass of Nigerian email scammers. But,alas, I digress... We all know the genuine harbinger of Budapest spring in March is the national folk festival, the Táncháztalálkozó.

Held in the uniquely inappropriate venue of the Papp Lászlo Sports Stadium (formerly Népstadion, for all of us Comrades who remember the old days.) As festivals go it does the best it can given the circumstances, that circumstance being a huge cement salad bowl Arena designed for just about anything but a folk festival. The organizers - the Guild of Dance Houses - have a lot of experience finding innovative work-arounds for the shortcomings of the venue, mainly because the crowds converging on the festival are so ravenously enthusiastic that they would enjoy a festival in a septic tank as long as folk musicians were playing in it. You probably get my drift by now: I hate being inside the frigging stadium almost as much as I hate being inside an Ikea. I may not be alone in that opinion, but I think I am definitely not in the majority.

Heck, a lot of people like folk festivals inside an Ikea, wandering though the maze of Blögg and  Sündqvist and Duda and Koboz browsing for something that suits their personal taste. (Ikea, at least, has meatballs.) Anyway, I had my say about the festival back in 2009, and now I go simply to meet old friends and hear good music, which the Táncháztalálkozó has in spades.

I live in Budapest, where you can find a Hungarian dance house pretty much five nights a week, so I can seem pretty jaded about the folk music scene here. For younger enthusiasts, especially those who live outside of the capitol city, this festival is the high point of the year. You can browse the crafts market for quality items for your folk dance costuming needs, or even pick up hard to find folk instruments as well as the teaching materials you will need to master them. The main arena area is given to mass dance teaching during the day, with bands taking the main stage for shorter sets of dance music.

When we got there the legendary Vujicsics band was burning through some of the local Serbian minority (bet you didn't know that the northernmost Serbian ethnic settlements are north of Budapest!) repertoire when suddenly the world famous and perennially cute singer Márta Sebestyén appeared for a quick photo op. And who was in the front row snapping the photo but our old friend Béla Kása.

Béla Kása is a photographer whose dedication to the traditions of Hungarian music is legendary. He has been tramping the back roads of Transylvania in search of the roots of this music since the early 1970s, and his work has found a home in galleries the world over. Kása didn't just document the tancház mevement: he was a part of establishing and spreading it. This year the Hungarian folk dance movement lost one of the key personalities that launched the revitalization of folk music in the early 1970s when Béla Halmos passed away. Bélabácsi was honored with a photo exhibit in one of the upstairs concert rooms depicting his decades of untiring work to propagate the tradition of Hungarian instrumental music. It was fitting that the same room hosted a special event celebrating the publication of Muzsikás 40, a new book looking at the history of the band Muziskás after four decades of music. Muzsikás was one of the first bands to form in the early 1970s under the influence of Béla Halmos and the dance house movement. They were also the most innovative and attracted a huge following, rising to pop star status without ever abandoning their roots in village music, and were eventually the band that broke through to international fame. 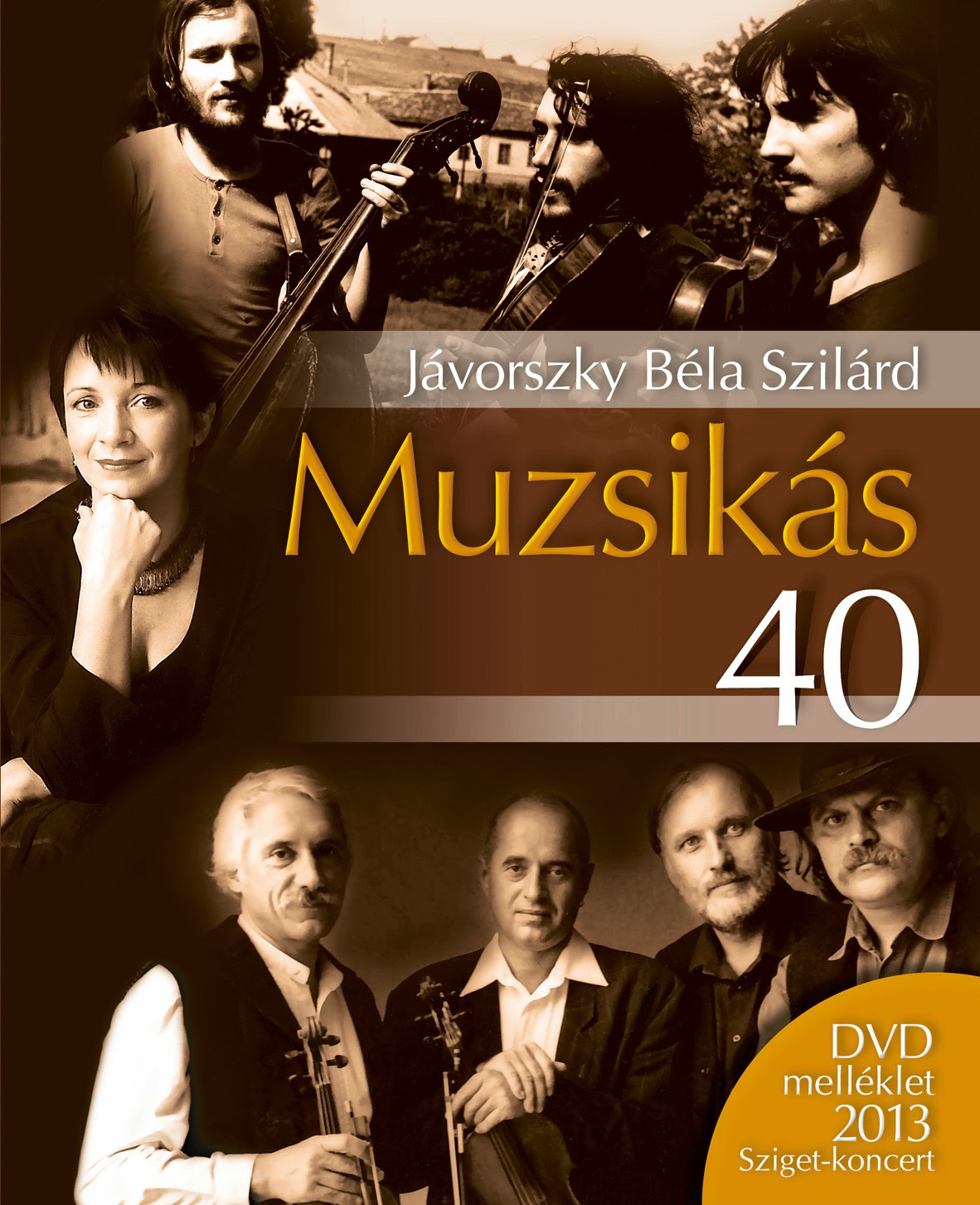 Writer Béla Szilárd Jávorszky has collected their histories and anecdotes and put together a fascinating portrait in his new book Muzsikás 40, which is highly recommended. The all too brief Muzsikás session was followed by a blazing set by the Buda Folk Band, comprising of some of the young hot shots of the folk music scene and featuring no less than two offspring from the original members of  Éri Márton and Csóori Sándor, Jr.
This is the most innovative and enjoyable band I have heard in years, and I will write more about them and their new CD Magyar Világi Népzene. in the near future. It is the Cd to buy this year: traditional, modern, but most of all, tasteful, well thought out, and it sounds like a bunch of guys having a heck of a lot of fun. But I had yet to wander about. Jam sessions are what make a festival for me. Alas, the festival layout leaves only the bar as a suitable area for jamming, which is located in a semi outdoor area that is, in real life, part of the underground parking lot of a bus station. Ideal for noise, not so much for music. The energy level is high, as is the decibel level, but nothing cuts through the ambient noise like a set of bagpipes.

These two younger pipers were playing without their drone pipes attached, which is common when more than one piper plays. Traditionally, Hungarian bagpipes - the duda - were never played in pairs. There is even a saying in Hungarian that "two pipers do not fit in one tavern." But modern innovations have improved the instrument to the level where they can actually be tuned, so tradition be damned. Of course, the folk bar area has the best and most spontaneous music if anything like a traditional context for this music can be found inside a cement bus-station-sports stadium, it will be where booze can flow, and that is where we found our friends the Codoba family band from the central Transylvanian village of Palatka playing.

The Palatka band is probably the most active of traditional style gypsy bands still working in full form. They still perform using two lead fiddles and two kontra violas, and maintain the old style of harmonizing modal melodies using major chords which characterizes the band music of central Transylvania. Presently the leader of the band is Codoba Lőrincz, whose brothers Marton and Bela were the double fiddle pair that defined the style for a generation of Hungarian folk fiddlers, but Florin, the son of the late Marton Codoba, has been taking front man honors more and more of late, and often comes to Budapest to guest with local bands playing in the Palatka style. This is the music that I love, the stuff that brought me here so many years ago, and the stuff that keeps me here. This is the reason I drag myself into the cement sports stadium. This is the sound of life itself.

Posted by dumneazu at 7:37 AM No comments: