Still have a few more days in Istanbul before we return to the People's Republic of Pork, so I can take the time to veer off into the lesser known corners of kebab consumption. Yürek, or grilled heart for example. Simple and beefy. 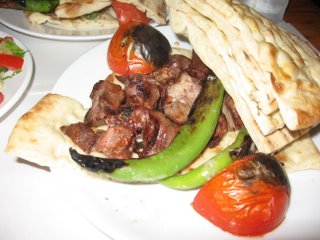 Pistachio lamb kebab. The concept may have come out of the marketıng department of Ben and Jerry's, but it was quite good. Not as good as pistachio ice cream, but as an Atkins Diet veteran, this kind of kebab is my fate, my own kismet. 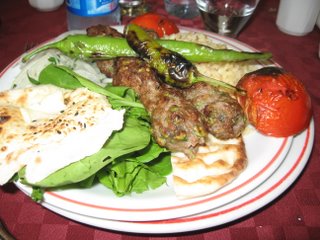 Ciğ kebab, or lamb tatar (pronounced chee kebab). This is finely ground raw lamb which is mixed with bulgur wheat and hot pepper salca, and hand mixed for two hours to "cook" it. Typically it is prepared by men at ciğ kebab parties accompanied by music and singing. You take a roll of meat paste and stuff it in a lettuce leaf. 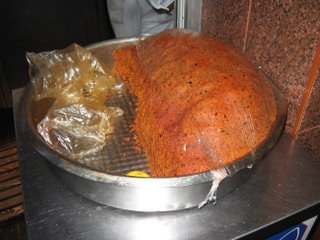 Cığ is to Anatolians what mussels and kokorec is to Istanbullis. Really good food that grosses a lot of your friends out. After all, who do you think they named steak tatare after, anyway? Tatars. Turkish speaking Crimean and central Asian nomadoids. Of whom there are quite a lot working at the local Dia supermarket, in fact. Its popularity has spread, however, and now there is even a cig kebab section in the fancy supermarkets of Şişli, not a neighborhood known for large concentrations of Tatars. 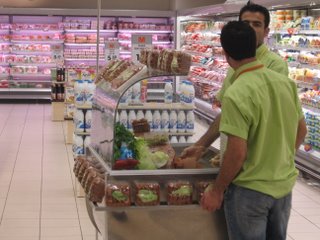 Although not in the kebab category, most visitors to Turkey are a bit surprised by the discovery of chicken breast custard. 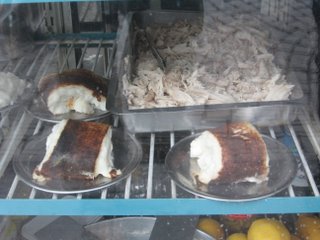 Chicken and custard! Two great tastes that taste great together! Everybody likes chicken, and everybody likes dessert! How could you go wrong? Especially when you get it at Saray Sweets on the main drag in Beyoğlu. The chicken disintegrates into faint stringy bits, but I am surprised that Kentucky Fried Chicken hasn't discovered this yet. 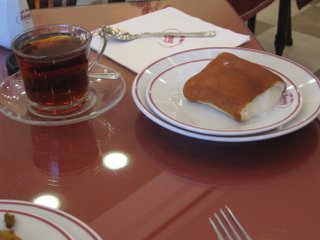 I opted for the burma kadaıf stuffed with whole pistachios... 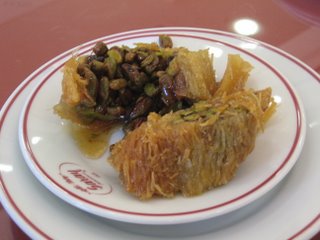 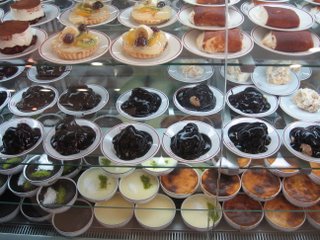