The Cümbüs Shop on Ataturk Bulevard. 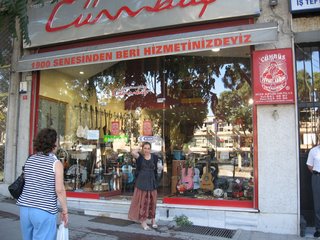 Zeynel Abidin came from a Turkish family of arms makers in Skopje, Macedonia, but after the first world war he decided the family had to leave the business of war and went on to build a business manufacturing aluminum salad bowls in Istanbul. Today most of the aluminum salad bowls used in Turkey are made by Abidin's firm. However, he was also a fan of music, and in his search for a uniquely turkish instrument he bolted an oud neck to a salad bowl with a banjo-like skin head, and the cümbüs was born. (For the full history, check here. ) 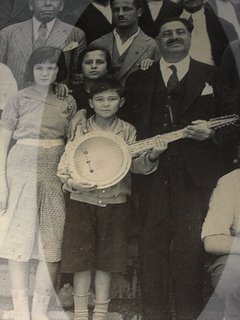 Cümbüs are rarely used much these days - most players would prefer to play ouds - which have a higher status - and now that amplification is no longer a big deal, many abandon the cümbüs. Originally meant to be a low cost alternative to "foreign" instruments used in Turkish classical music - like the oud - the cümbüs was rejected by the music director of Turkish national radio in the 1930s and became, instead, an instrument played mostly by non Turkish minorities, mainly Gypsies, Armenians, Greeks, and Kurds. (For an examiniation on the role of the instrument in Turkish culture, see here.) 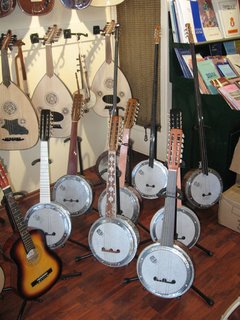 Still, the cümbüs remains one of the loudest and most percussive string instruments around. I already own one - bought six years ago when the oud model was only $45 - today it is $120. But since the cümbüs shop is around the corner from the Fatih Siirt meat market I still manage to drop in at the Cümbüs store - still run by the orginal family - on a regular basis. 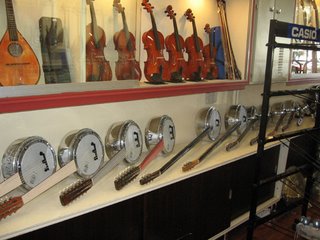 They also stock some of the best baglama saz around town, made in both traditional style or with cümbüs "improved" mechanical tuning machines. 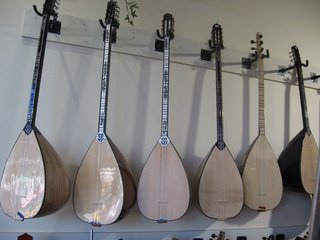 Congratulations for your blog! I also play cumbus, I've put acoustic guitar strings on, so a lower tuning can be achieved, EABEAD (Armenian/Turkish oud).