Welcome to the EU, Romania! 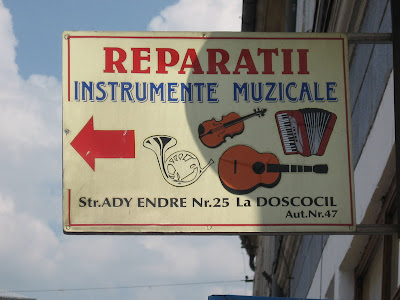 To all my friends in Romania, welcome to the EU! For years I have been a big advocate of Romania becoming a member of the European Union - Romania seems to be a good argument for a country that can actually reap some benefits from the Union, given its strong agricultural base and growing export sector. Most importantly, Europe needs some more Gogoaşa Infuriata. Angry donuts!

The Angry Doughnuts are an institution in Cluj, also known in Hungarian as Kolozsvar, which is the central city of Transylvania and has always been my second home in Yurp. Gogoaşa are not really doughnuts at all in a strictly European sense, they are freshly fried dough filled with jam or chocolate or vanilla cream and served hot on the streets. They are devastatingly good. Below is an example the effect these doughnuts have on EU citizens. 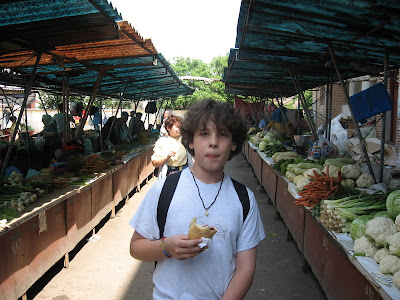 Several of the EU member states, such as Britain, have set restrictions on the entry of Romanian and Bulgarian citizens into their work forces. It isn't any surprise. The EU is not about fair sharing of labor. The EU is about Germany, Ireland and France getting extremely rich. The two-tier system that came in place when Hungary, Poland, and the other east European and Baltic nations joined the EU is full of holes, though. Any Romanian can still travel to the EU... they just have to be a bit cagey about how they find work once they get there. And believe me, they will find work. Yes, Europe, they are coming. 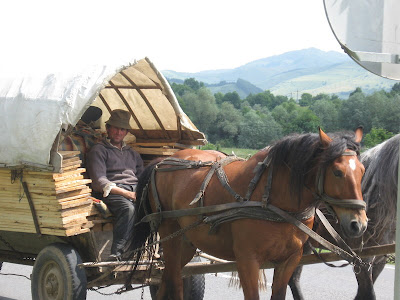 The BBC posted a news story about a fact that many already suspected: the western Europeans fear the Romanian work ethic. Romanians suffer from the stereotype that they are lazy - which is true when they are when working at jobs for 300 Euros a month in some factory in Romania. Pay them a decent wage and they work their tails off. Half of the working age population of Maramures is already working in Spain or Italy as we speak. I once asked some Romanian friends from Maramures about how they made so much money so fast by working on construction sites in Italy. "Oh, the Italians are lazy," my friend said "they only want to work eight hours a day, not like us. We'll work 16 hours a day." They then take the money back to Romania and build homes. Big homes. Very big homes. Welcome to our house, Europe! 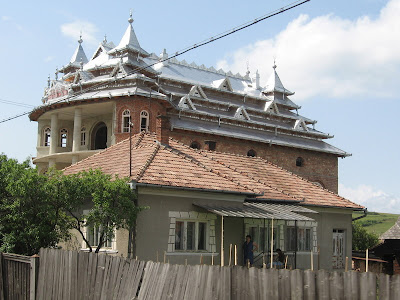 Email ThisBlogThis!Share to TwitterShare to FacebookShare to Pinterest
Labels: Romania

Good god! Whose house is that? And where? Napocaville?

It is one of the "Gabor Palaces" located on the road just north of Huedin. It isn't just the Gabor Gypsies who like the shiny steel roofs, though - it is almost a mark that the owner has come home from working in the west with money.

Here's another image from Huedin. Would this little casuta be Huedineasca, Hunyadeasca, or Gaboroasa? The house in the foreground looks quite normal for Greater Cluj, in my experience.

You nailed it Joel. Pure Gaboresti.