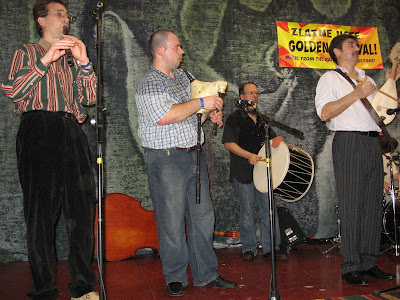 Last night was the annual Golden Festival, hosted by the Zlatne Uste Brass Band, New York's oldest ongoing balkan brass band. Zlatne Uste get around a lot and make a lot of friends in most of New York's balkan and east European communities, and for years their winter Golden Festival has been the annual big bash for whoever is cooking up some musical goodie in the NY ethnic music scene. From A (Albanians) to Z (Zurli bands.) The party starts at 6 pm and goes all night long on three stages in a school building. If that's not enough there is jamming in every nook and cranny (Bulgarians above, Bulgarians below. Bulgarians damn near everywhere.) 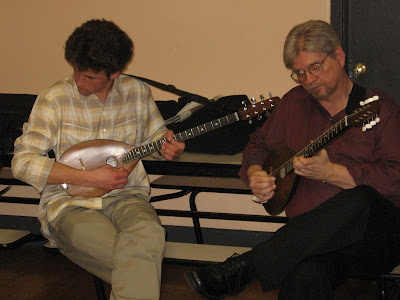 I did a set of Moldavian Jewish klezmer tunes dancing early in the evening with Pete Rushevsky, Jacob Shulman-Ment, Christian Dawid, and Raoul Rothenblatt, with dances led by Dr. Zev Feldman. Of course, I couldn't take picture of that - I was playing sekund fiddle - so I will try again tonight when I go to the Yiddish "tants hoys" at the Manhatten JCC. Armenians were playing for dancing in the basement. New York - and Newark, New Jersey - has always had a vibrant middle eastern music scene centered around the Armenian community. Oud, clarinet, and some duduk music for Anatolian style dancing. 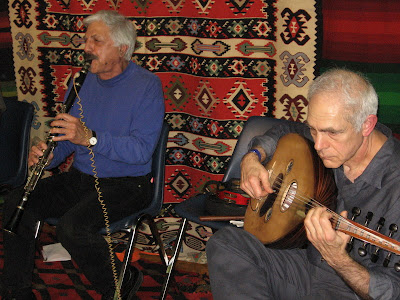 Since I will be on the road back to Budapest next weekend, the festival was a good day to meet up with lots of friends from lots of music scenes. Harris Wolfson, Sarah Alden, and Lev "Ljova" Zhurbin (who just returned from a six month exile in Budapest with Inna Barmash of Romashka) did a hot set of Transylvanian style fusionoid music as "World on a String." 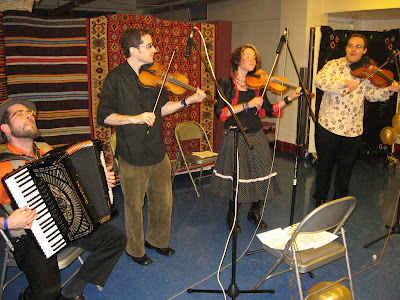 The hardcore Transylvanian style music was played by Eletfa, America's reigning Hungarian fok music band. Led by Kalman Magyar - an amazing fiddler - Eletfa is about playing with real guts and authenticity - and they had the crowd dancing right off with a set of western hungarian tunes led by dancer Aron Szekely, whose father, Levente Szekely, is a great Transylvanian fiddler himself when not working as a diplomat in Hungary's foreign service in the US. 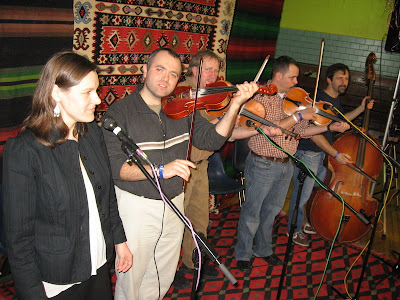 Raoul Rothenblatt plays bass with Eletfa. Raoul used to be one of the regulars in Budapest's old Tilos az A bar scene back in the days when he was paying his dues at the Ferenc Liszt Music academy. Jozsef Gartai - we know him as Heki - plays the kontra, the three stringed viola I mentioned in the last post. I knew Heki from the wild Budapest "dance house" days back when I first moved to Hungary. As soon as he could, he moved to the US. Essentially we traded places. Below, you can see the classic position for holding the kontra viola - verticle, played by a heavy, hand-carved bow. the three strings are tuned GdA, forming tightly harmonized chords, which is facilitated by a flat brige for the strings. 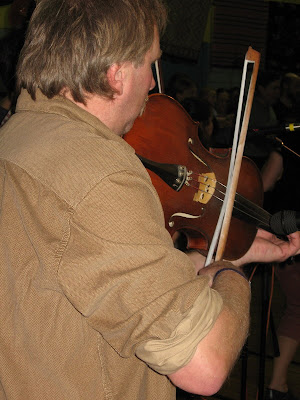 It was great meeting up with Eletfa since I had been stuck with a bagful of Hungarian candy bars from my local CBA shop that nobody else wanted. Everybody got Sport Szelet and Balaton Bars - deep Budapest nostalgia flavors - and even the infamous candies called "Negro" were accepted totally without irony. Alas, no such event is complete without the indelible imprint of Grand Master Godfried... appearing here with cajun band The Bosco Stompers. How a band like this can limit themselves to a twenty minute set is beyond comprehension. Honking great accordion and fiddle, it simply made the dance floor explode. 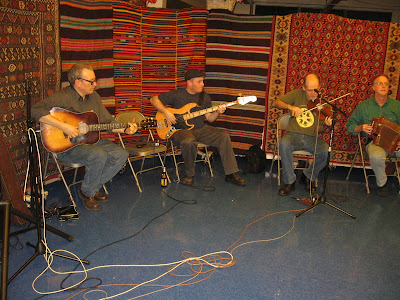 Of course there were souvenirs to take home. All of Fumie's friends know these little kilim patterned coin bags. I saw them for sale at a Union Square Christmas market for $15 each in December. Here they are a reasonable $8.50 each. In Istanbul, however, you can pick them up for 50 cents each at the bookseller's bazaar in Beyazit. Long live the free market economy. 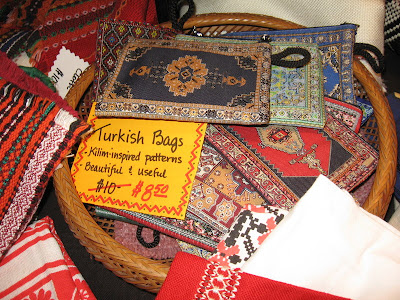 Pardon the lack of Hungarian diacritic marks - I am new to this computer, and we have yet to work out a few keyboad kinks...
Posted by dumneazu at 1:35 PM

Unknown said...
This comment has been removed by a blog administrator.
4:01 AM