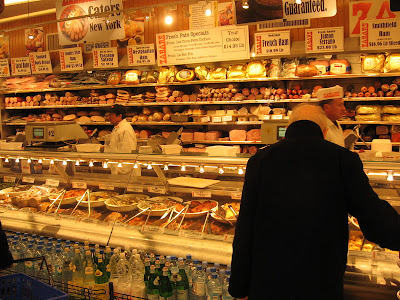 Cruising around midtown Manhatten, I accidentally found myself in front of Zabar's. Zabar's is one of the oldest established New York gourmet food markets, especially known for its bakery and coffee departments. Still going strong, and not really expensive at all, Zabar's manages to buck the trends and offers a glimpse into the food cravings of several generations of New Yorkers. 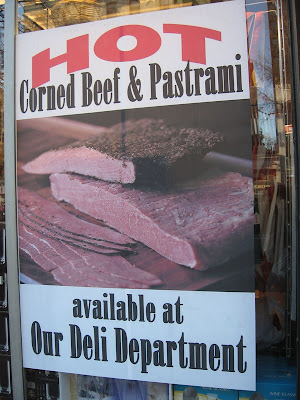 Whitefish, for example. No Sunday breakfast is complete without smoked whitefish. Whitefish are, essentially, big minnows, chubs and other fish that most Americans would never, ever think of eating fresh. In Europe these would be considered trophy sport fish. 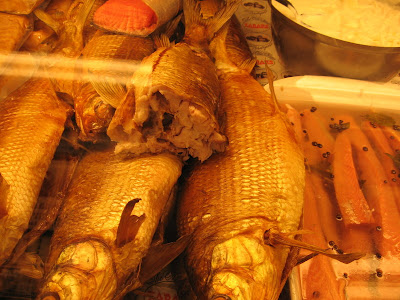 New Yorkers tend to identify salami with Italian varieties. This is Hungarian Brand Salami, made in New Jersey. Close to a Pick or Hertz salami, but not quite - saltier, and without the sticky pork fat aftertaste that makes a salami "sing" for me. Regardless of what they tell us in Budapest, I haven't seen any Hungarian imported salamis yet. In fact, I haven't seen any imported products from Hungary apart from a jar of Univer garlic paste in a warehouse in New Jersey. Pick up a copy of any business newspaper in Hungary and they would have you believe that the world is climbing over each other for more Hungarian salamis. Well, it just ain't so. 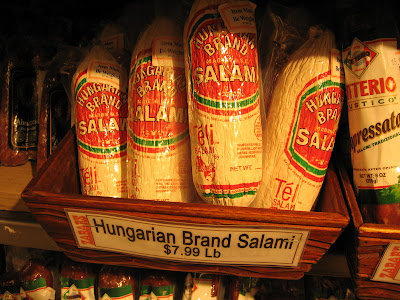 Rugelach are small pastries filled with fruit, nuts, or chocolate, made from a dough that incorporates cream cheese into the batter. They are originally a Polish Jewish obsession, but now they have become a universal identity pastry of New York. 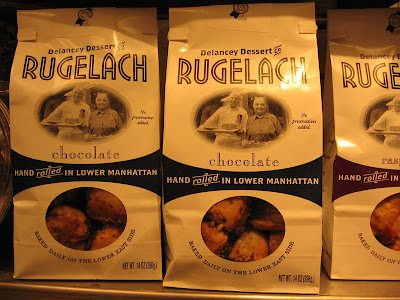 The best rugelach are probably found in Boro Park, in Brooklyn, or possibly in Jersey - everybody has a tradition-based variation on the rugelach theme, and none of them even hint of "healthy" or "light." Rugelach are a meal in itself - especially the nut filled versions. 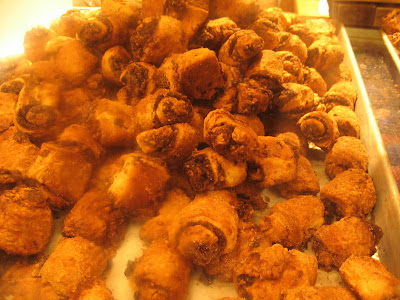 While I was at thre Zabar's pastry counter some Australian tourists tried to order "one rugelach." The counterman informed them that a minimum order was four. OK, they took four. Later I saw them at the cashier's line with a huge bag of rugelach. 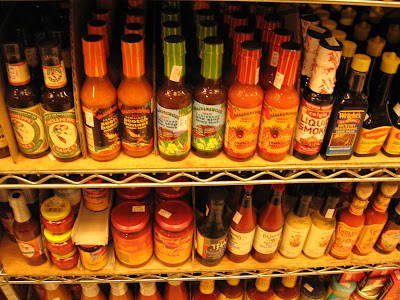 Hot sauces. Oh Lords of Capiscum, I love hot sauces. So do my friends in Transylvania. I often bring dozens of bottles of hot sauce to Romania when I return for a visit. You want to make a seventy year old rural Musician Gypsy fiddler very happy? Give him real Mexican hot sauce. Soon these little babies will be tucked into my luggage to burn the hungry palates of Kolozsvar.
Posted by dumneazu at 10:00 AM

Pick is available in the US; it was a big deal (at least to Hungarian Americans) when they began importing it maybe 20 years ago. I thought I used to buy it at Zabar's (back when I could more easily afford the calories); I know I've seen it recently in a Yorkville Hungarian butcher shop.

BTW, what happened to your RSS feed? No updates since Katz's deli. It's a great blog!