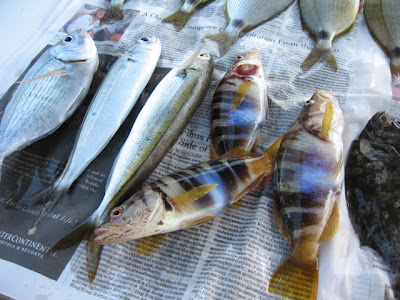 Lastovo is said to be the least touristed island in the Dalmatian Adriatic, so to put that to the test Capt. Squid and First Mate Froggette decided to run a boatload of tourists to the island and see what happenes. First of all, there was the inevitable environmental consequences - I got a chance to fish. As I have said before, I am a fly fisherman, I fish for trout, and I always release my fish unharmed. Usually. On the high seas, however, that changes. I become a hunter, a cold blooded killer, and I fish for meat. These mullet, brilliantly collored pirka, and soles became a fine fish soup for our hosts. 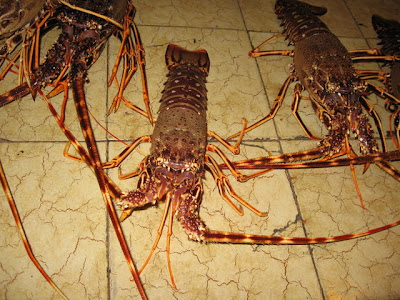 We moored in a small bay surrounded by one of the smaller communities on the island, and had dinner at the Konoba by our dock. We were dead tired and not in the mood for fancy fish dinners anymore, but the yacht next too us ordered lobsters. As you see above, these are not the usual Maine lobster known in America, but a kind of giant mediterranean langoustine. A kilo goes for something like EURO 80, so we passed, thank you very much. 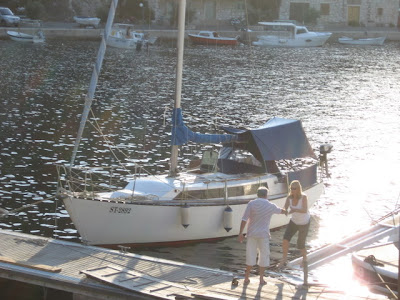 Our home away from home - the Azsija, moored in Lastovo. Home to Captian Squid and Mate Froggette, she is big and roomy, sleeps five comfortably, and was built at the shipyards in Velka Luka on Korcula. Slow and heavy is the way to go - nothing will ever capsize her. 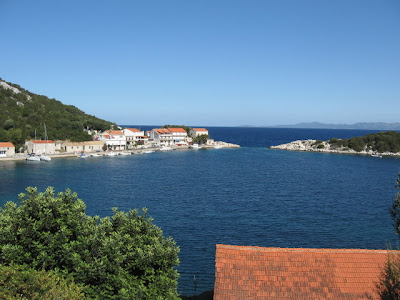 Lastovo only became a part of Yugoslavia after 1945. Previously the island was a part of Italy, and under Mussolini it was the destination of an ambitious resettlement program designed to relocate the island residents around Naples to a new home in the Dalmatians. Most of the Italians were repatrated to Italy after 1945, but the Lastovans still speak a Croatian peppered with Italian words and phrases. 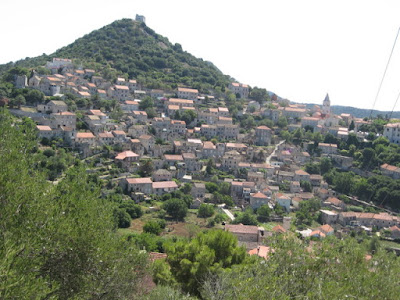 During the middle ages and the Venetian era, Lastovo was a strategic prize, and often the first target of pirates and Turkish raiders in the endless wars between the Venetian Republic and just about everybody else on the planet. The result is that the village of Lastovo was built inland for protection, just behind the hill from the steep coast, around the rim of an old volcano. 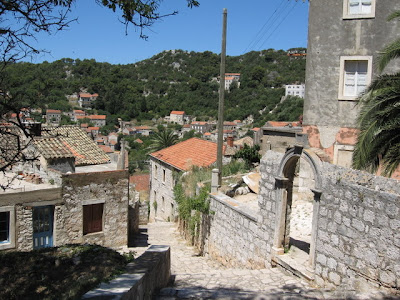