Back from Dalmatia! Lunch on Vis... 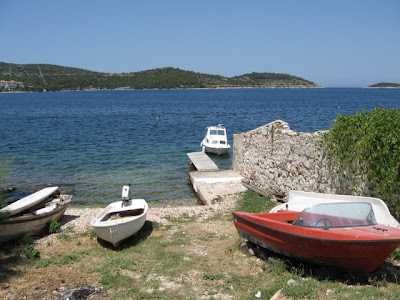 I haven't been updating the blog in a while, since Fumie and I were traveling down south in Croatia last week. Our friends ... let's codename them "Squid and Frog"... live on a sailboat floating around the Adriatic sea and we were invited to aimlessly float around with them as we had last year. A sixteen hour, very cheap sleeper train ride from Budapest took us to Split, from whence a two hour ferry ride brought us to the Island of Vis. 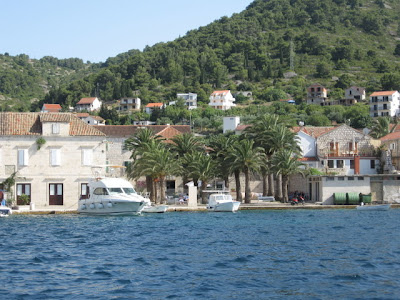 While Hvar and Brac have become tourist magnets in the last few years, Vis is still relatively untrampled, having been off-limits to foreigners during the Yugoslav era when the whole island served as a military zone. Vis was never occupied by the Germans during WWII - it remained in Partizan hands and was Tito's home base for a while, also serving as an Allied supply naval base. During that time it was the main transfer point by which Jewish refugees from Yugoslavia were sailed to safety in Egypt in Partizan fishing boats. Entire villages of Partizan families had to be evacuated as well - when the Germans came to a village full of women and children, they would realize the men were away serving as Partizans and murder the whole village. The families were relocated to El Shatt, in British held Egypt, and today many of the older generation of Islanders were actually born in El Shatt. 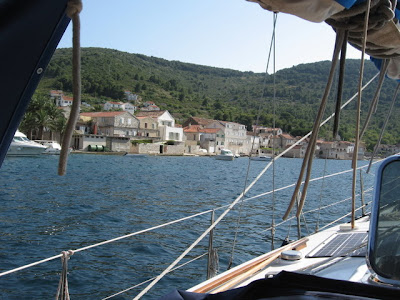 Our first stop was for lunch at the the Konoba Pojoda in the older part of Vis town known as Kut. This is where we had lunch on Fumie's birthday last year, and all of our party feel that this is possibly the best konoba (Dalmatian wine and fish resaurant) in the Islands (with the Konoba Fife in Split running a close second.) 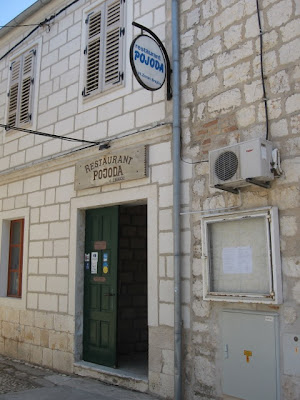 Poklada specializes in local cooking, which means a lot of stews brewed with fish stock brodet, and unique combinations such as lentil, barley, and squid stew, seen below next to a fish soup (juha) comprised of fish stock, white fish meat, and rice. 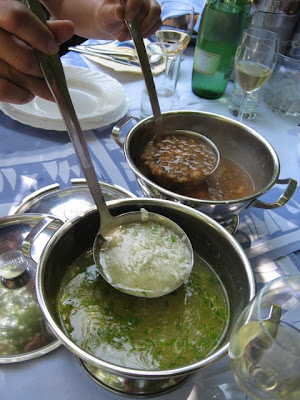 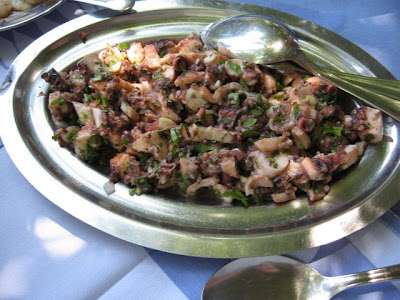 Fumie with the owner of Pojoda. We had a lot of courses... even re-ordering favorite dishes - and the damages per head for this came to only about fourteen Euro per person. And did Imention that tipping is not customary in Croatia? This place was even written up in the New York Times a few months ago. It hasn't become spoiled. I, on the other hand, have. I have been floating around on boat cruises too much this spring. And when it comes down to it, I definately prefer the cuisine of Croatia to that of the Ukraine... 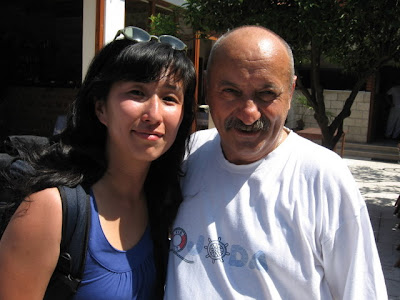