The neighborhood of Crown Heights, in Brooklyn, is the base of the Lubavitch Hasidim, who are one of the largest and most widespread of the Hasidic sects (hoyfn) in the Jewish world. Lubavitch is most well known for the assertion that their former seventh Rebbe, Menachem Mendel Schneerson (1902-1994) was the incarnation of the Messiah, or Moshiach in Hebrew. Schneerson never made such claims for himself - by that time he was a rather frail old man who could no longer speak after a 1991 stroke - but the Messianic fervor that runs through the Lubavitch community remains today, with some renouncing the claim and others embracing it. 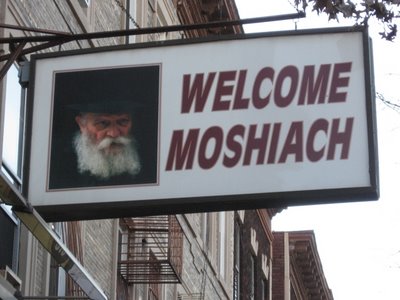 Lubavitch is less insular than most other Hasidic groups, due to their active policy of outreach towards other Jews, and their active proslytization among less religious Jews to "bring them back into the fold" of Orthodox Judaism. These are the guys who stop you on the street asking "Are you Jewish?" and then invite you into one of their "mitzvah tanks" to put on the ritual teffilin and make a blessing in Hebrew and pray. 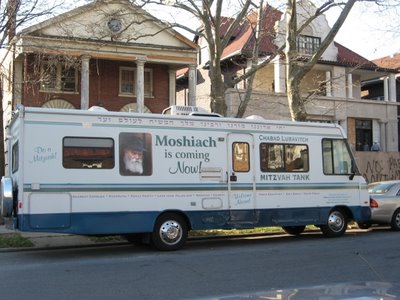 Rabbi Shneerson was an amazing man by any account. He was a student at the Sorbonne in Paris when the former New York Rebbe of Lubavitch selected him in 1941 as the choice groom to marry his daughter - thus saving him from the Nazi Holocaust. After the war, Lubavitch actively negotiated to get Jews out of Russia, and then set them up in Brooklyn through a massive social aid network based around Chabad-Lubavitch Yeshivas. 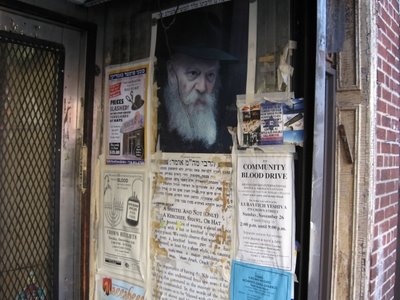 The money for all this came from Schneerson's inate genius. At the Sorbonne Schneerson had studed physics and chemistry, and during the 1950s he would write secretly down some of his ideas and send them off to the US patent office. During the 1960s and 70s, giant corporate developement lawyers would submit inventions to the US patent office only to find that their "original" ideas had been patented twenty years before by some Rabbi in Brooklyn! The silicon chip? Schneerson. Ceramic superconductors? Schneerson. The settlement money funded Yeshiva scholarships, business investments, and allowed for family support for huge ten-child Lubavitch families. The Rebbe's headquarters at 770 Eastern Parkway served as the nerve center for the Chabad movement. 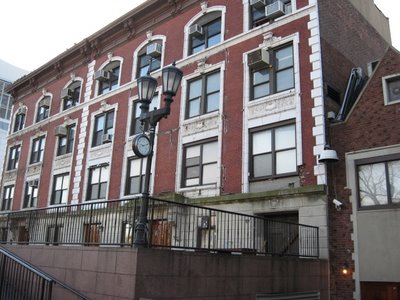 One of the rebbe's better known customs was the ceremony known as "the Sunday dollars." Rabbi Schneerson would stand inside at the basement doorway of 770 Eastern Parkway every day while thousands of followers would line up to meet with him and recieve a blessing in the form of a dollar bill. 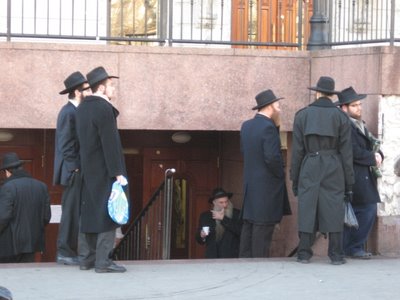 The Rebbe would hand out thousands of one dollar bills a day. These dollar bills can be seen today framed in many Brooklyn households - some would be used to start an investment, some would be donated to a religious cause, many would simnply be framed and still hang on kitchen walls. When Rabbi Schneerson died, some of his followers denied that he had actually passed away, and expect he will rise again as the Messiah... which has caused some division in the Jewish community at large, given that we have never been overly fond of repeatedly rising-from-the-dead messiahs. Lubavitch has also been at the center of a controversy concerning the erection of giant Hanukah candles at public sites associated with public Christmas trees. Hanukah is not "Jewish Christmas" and although it is a nice holiday for children, it isn't really that important as a Jewish holiday. Nevertheless, across from 770 Eastern Parkway is the Jewish Childrens' Museum, featuring the world's largest dreidl... 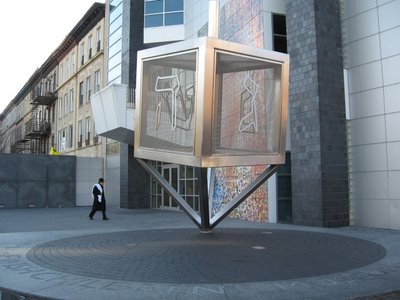 For active hasid watchers, the Lubavcitchers affect the fetching, top-quality Borsolino fedora hats preferred by Rabbi Schneerson... not quite as wide brimmed as Litvak fedoras, though... 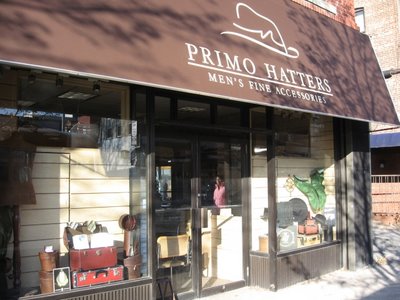 Local tailors are specialists in shatnes tests. Shatnes is an ancient Egypstian term for purity - when we Jews get a loanword we really stick with it. Shatnes means that different fibers in a suit of clothes are not mixed - no linen thread with wool cloth, for example. Shatnes tailors will take a suit and remove the threads and replace them with other, shatnes-tested threads to insure the purity of the cloth. It is a relatively new tradition/obsession among the orthodox. In the photo below, the Hebrew letters spell our "shatnes." 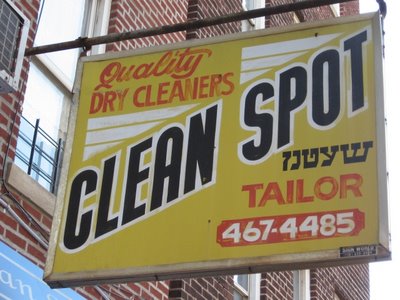 Just across Eastern Parkway is the massive Carribean section of Crown Heights, with a strong Haitian population, and certainly no less religious than their neighbors across the street... 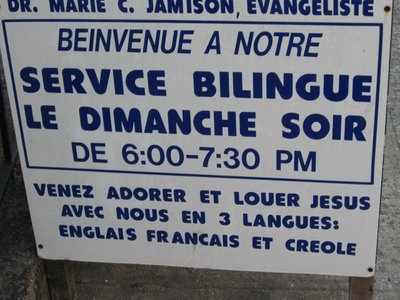 you say that the rebb never made such claims... Well, take a look at this:
http://www.moshiach.net/blind/ahwru/chap_1-0.htm

The GGC invented ceramic superconductors? Where the hell did you pick up on that load of shit?