The Dwarf Jewish Theater of Maramures: The Lilliput Troupe

Back around 2001 we were spending a lot of time with the late Gheorghe Ioannei Covaci, a older Gypsy fiddler from the village of Ieud in the southeast of Maramures. Ioannei had learned a large repetoire of Jewish tunes from a pre-WWII Jewish band in the neighboring village of Rozavlea. That band was called the Shugareni, all members of the Shloimovitz family of klezmorim. While asking around about Jewish musicians in Rozavlea itself, people kept mentioning that there was a Circ de Petici as well - a "Jewish Dwarf Circus." Israeli researchers had been in the village asking about them.

A Jewish dwarf circus? The idea was so deliciously absurd that we went to Sighet to try and find any records - playbills, posters, newspaper reviews - but couldn't. When the Hungarian Army left Maramures in 1945 all the official archives of the province were deliberately burned before the retreat. We were left only with questions - were they the same band as the Shugareni? But about a year later, after our second CD came out using music we had learned from Ioannei, we were contacted by the Israeli writers Yehuda Koren and Eilat Negev, who had published a In Our Hearts We Were Giants , the story of the Ovitz family, also known as the Lilliput Theater Troupe. Their story was anything but absurd - it was one of the most gripping narratives of family survival to come out of the Holocaust. 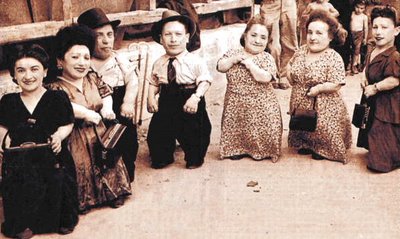 There is an extensive wikipedia entry on the Ovitz Family. On arrival, the family members were selected by Dr. Jozef Mengele for genetic experiments. Thus it was that the Ovitz family, which in May 1944 arrived in Auschwitz together - seven dwarfs and the rest of their normal-sized family members - many of whom might have been murdered immediately had they arrived on their own, were not only spared the gas chambers, but were accorded special conditions which helped facilitate their survival. What's more, they were able to convince the Nazis that their trusted family assistant and coachman Shimon Slomowitz, his wife and six children, as well as two additional neighbors from Rozavlea with no special connections to the family, were also relatives, and as such were allowed to join the Ovitz group. Incredibaly, the Ovitz' were one of the only families to enter Auschwitz and survive intact, along with most of the other Maramures Jews whom they falsely claimed as relatives - thus attracting the protective umbrella of Mengele's expermientation. 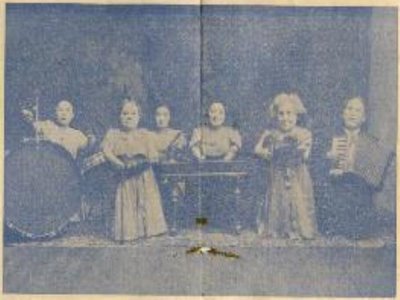 After the war, the Ovitz family settled in Haifa in the newly established state of Israel, where they called themselves the Seven Dwarfs of Auschwitz and began touring. Their bittersweet cabaret was an enormous success. When they retired they had enough money to buy two cinemas, a café and a large flat where they lived together. the last surviving memeber of the family troupe, Perla Ovitz, died in 2001 in Haifa after revealing her amazing story to Israeli journalists Koren and Negev. "If I was a healthy Jewish girl, one meter seventy tall, I would have been gassed like the hundreds of thousands of other Jews in my country. So if I ever wondered why I was born a dwarf, my answer would have to be that my handicap, my deformity, was God's only way to keep me alive."
Last year I met with the authors, Yehuda and Eilat, in Budapest, and learned that the US based History Channel was making a documentary film about the Ovitz family, and wished to use the music of my band for the sound track. The end result was a truly strange and forgettable little film "Standing tall at Auschwitz" that hardly used any of the repetoire I had recorded especially for the film - based on recollections recorded by Perla Ovitz and playbills left in the family's possesion. But in October 2005, Australian musicologists and klezmer duo Tim Meyen and Pip Thompson accompanied me and Fumie (who took the accompanying photos) to Maramures to track down more info on the Ovitzes. We found their house on the main street of the village of Rozavlea. 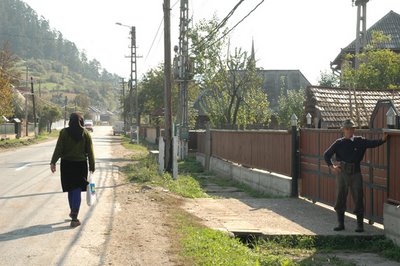 We asked the oldest person we could find for direction to the Ovitz house. I showed her the photos from the book and she remembered the Ovitz family immediately. In these villages, where literacy is not a prime objective, people keep oral traditions with amazing accuracy. Most old people had stories about the Ovitz family, who were about as close as Rozavlea ever got to local celebrities. 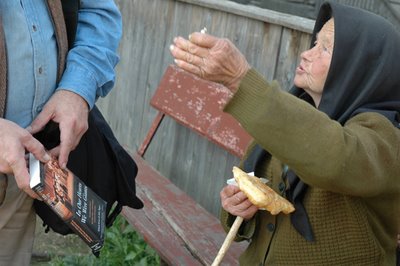 The present occupant of the Ovitz home is the former Mayor of Rozavlea, who was the teen age boy who guarded their possessions - including the only automobile in the village - during the war. After returning from Auschwitz, the family was able to recover their jewelry and money from its hiding place - buried beneath their car. This is one of the characteristics of inter-ethnic culture in Maramures - Jews were generally on good terms with their neighbors, one of the few places in east Europe where Jews enjoyed a normal status amomg their neighbors, were allowed to own land and farm, and generally fit in well and prospered. Pogroms were unknown in Maramures. 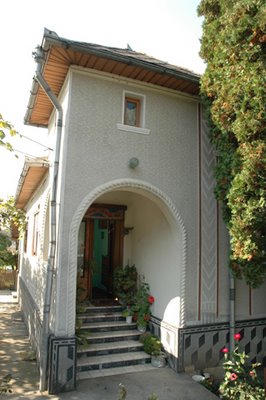 Typically, in Maramures, Jewish homes were often located towards the very center of town and were often the only homes built of stone. The family sponsored a small synagogue located next door to their home, which today is the barn yard of the neighboring house. More typical Maramures log houses are located offf the main street, such as those below on the road to the Rozavlea Jewish cemetery. 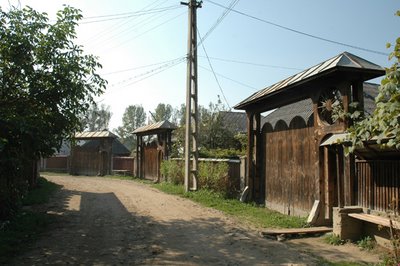 The Jewish cemetery is on an island located across a very scarey rope and wire suspension bridge crossing the Iza river. Surprisingly, it was well trimmed and kept. Even though there are no Jews in the village today, the cemetery is not neglected or derelict as many village Jewish cemeteries often are in Romania. 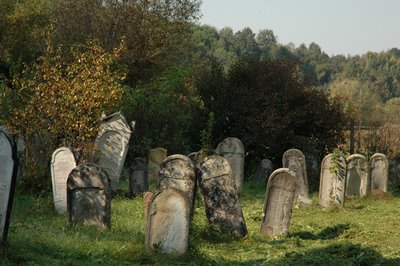 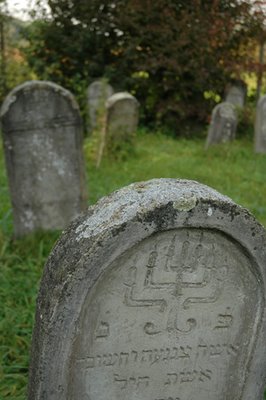 an amazing story, thank you for sharing!

wow, what a fascinating post. i had never heard of this dwarf theatre. thanks for posting.

Completely fascinating. Thanks for that.

Amazing story. My grandfather called Bernard Slomovits was from Maramures. So, if anyone has additional information please post it. Thanks.

Have you seen this? Article written by a friend here in Romania, and also a Uk documentary (linked within)
http://www.romanialibera.ro/cultura/aldine/povestea-celor-sapte-pitici-maramureseni-de-la-auschwitz-332967

@Slomovitz. I think my father and his family were from Mamuresh. My Brooklyn-born mother gave his last name as "Solomonovitch" -- which is so close to "Slomovitz" as to make my heart beat faster!!