"New York! Just like I pictured it! Skyscrapers and everything! "
Stevie Wonder, 1972 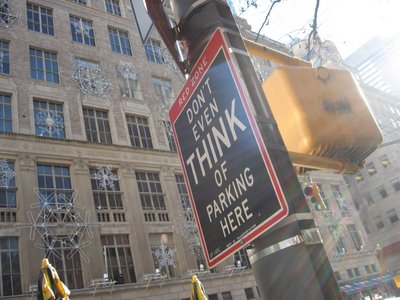 I am back in the place of my birth, the largest village in the world, Noo Yawk, Noo Yawk. A small island nation located off the east coast of the United States of America. Things are... different here. Yes, you can find certain reminders of the fact that an entity called the United States exists somewhere to the east and north of us. Even the south of us. Many of the inhabitants speak English as a native language, making it easy to ask for directions. Of course, it takes some time to get used to some of the food. 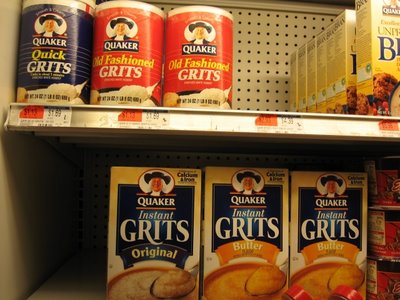 But where else does a portrait of Chou En-lai grace a bank machine (located in the Pearl River department store on lower Broadway in Chinatown. Pearl River is a Chinese state enterprise. Who says the Commies don't have a sense of humor? At least in New York....) 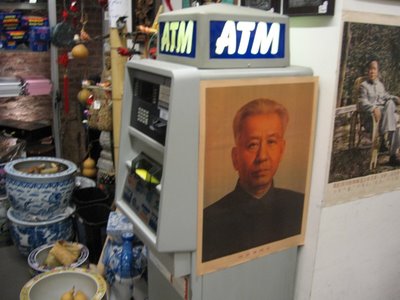 And just like in Budapest, one can find Chinese underwear everywhere! 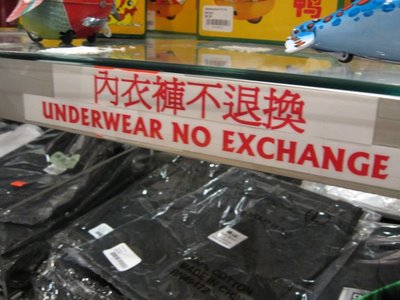 I hadn't really planned to be in New York, but my siblings conspired to fly me over from Bpest. Am spus, dece nu? Daca sint Dumneazul... The Big News is that we get to meet our newest family member, Ron's wife Roong, who is from Bangkok and tracks cargo for a major international shipping company. The Cohen family is slowly - and happily - filling up with Buddhists, who at least are forcing us to take showers at far more regular intervals than we have ever experienced and teaching us proper manners that our other ancestors (like the Ribnitzer dynasty of Moldavian Hasidic rabbis) conveniently forgot about. 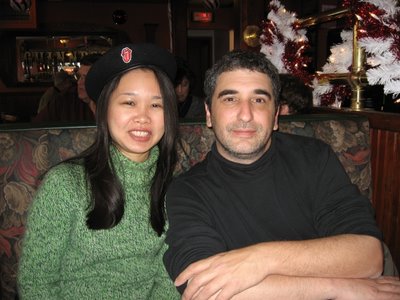 My family is what we call "Old" New York - we immigrated here from Hungary and Moldavia, not from Minnesota or after Art School. My pop was a gold shield cop, everybody in the family speaks Yiddish and Spanish, and "normal food" means Chinese (Cantonese) food. I hadn't even realized, until I got on the plane (Lufthansa. Not happy. Motto: We used to serve food!) that I was going to be in the US for Thanksgiving. Apparently, the date for this holiday has been changed to accomodate better marketing for the shopping season. I never celebrated Thanksgiving - I used to work with an American Indian radio program in New England, and my colleagues were Abnakis and Wampanoags whose ancestors were not at all nostalgic about the circumstances of the Pilgrims arrival. For the descendants of the tribes that met the Pilgrims, Thanksgiving was a day of fasting. They used to go to Plymouth Bay every year and stand on a hillside overlooking the Pilgrim ceremonies with their backs facing the proceedings, singing war songs, while I manned the radio show for them back in Boston. No matter. In Amereekah, everyone celebrates Thanksgiving. We had a turkey. We had stuffing. We had cranberry sauce. We had history on a plate. My Mom preserves recipes learned during the 1960s, such as baked sweet mashed potato balls stuffed with a marshmallow and rolled in cornflakes. Just like the Pilgrims ate! 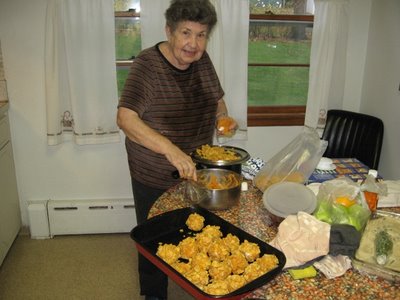 One thing about Da City, you can eat well cheap. Although New York was recently rated one of the most expensivce restaurant cities in the world after Tokyo and London, at least here you can get good chow cheap. If you know where to look. But my brother, Chef Ron, who is in New York even more rarely than me, is determined to stuff damn near every New York local specialty into his gaping maw before two weeks is up. 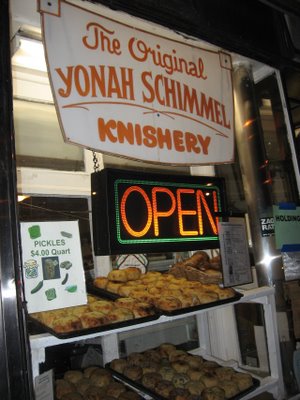 As I mentioned in an earlier post, priority Number One on arrival in New York is a trip to Katz's Deli down on East Houston Street. Most American citizens only need to have a stamp in their passport to get in the US. New Yorkers have to eat at Katz's. 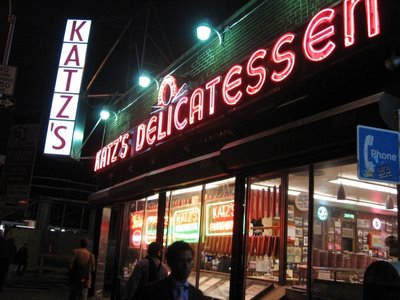 I will take some time later to do full justice to Kat'z's in another post. My brother and I ate there last night. For a native Old-School New Yorker, the pilgrimage to Katz's (now that Second Avenue Deli has closed) is the symbol that one has come home to Turtle Island, arrived in the Center of the World, balanced the Enemy Way, made the broken halves whole, repaired the kelipoth. And smeared mustard all over it too. Best. Frigging. Corned Beef. And. Pastrami. In. The. Universe. 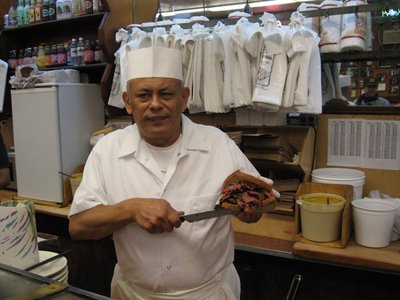 As far as Katz's pastrami goes, I second that emotion. My mouth waters reading this. Send a Salami to your Boy in the Army! Or just send my regards to Broadway...
sarah

But Katz's? One night I had bad food in the Village. Threw up all night. In the morning, we dashed out to Katz's where a pastrami on rye and a Dr. Brown's Cel-Ray restored my stomach to good health.

what a fantastic report! A hug from Panama...
M

hey there! thanks for including me in your links.

when i saw that picture of your(?) mom in the kitchen, it made me smile. it's like everybody's "yiddishe mame".

...stuffed with with marshmallows and coated in cornflakes. OY. lol.