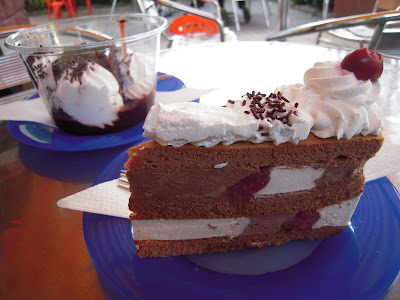 Hungary’s election is over, somebody (Orban, and thus, by extension, FIDESZ) won, and yet again, regardless of whom you vote for, the government got in. On a more positive note, spring has arrived. Living in Budapest’s fourteenth district, Zuglo, we really get a full blast of spring when it comes. Unlike downtown Budapest, we have trees galore out here, and where most of Budapest has a dive bar for approximately every ten residents, Zuglo is more family oriented. We have pastry cafes and ice cream shops. Which is great until it is not great. As in my belly. Alas, I am on a diet. The summer’s plans include hauling my massive bulk up several Balkan mountain tops and around one former Ottoman city located on seven rather steep hills, and there is just too much of me to traipse around. So… no bread, poatoes, pasta, or pretty much any carbs beyond a daily bit of fruit for me. But is spring, so the markets are perking up and we can get salads and vegetables, and chicken… but as always, making a smaller Me is monotonous eating and a boring daily round of chicken and salad, salad and chicken… until recently: we discovered the magic that is Jilk paste! Around the corner from us on Amerikai utca is our own local mini-ghetto. We have the Lauder Jewish school two blocks away, as well as the Jewish Old Age Hospital around the corner. And across the street from that is the Nasi Cuki Café, specializing in diabetic pastries. 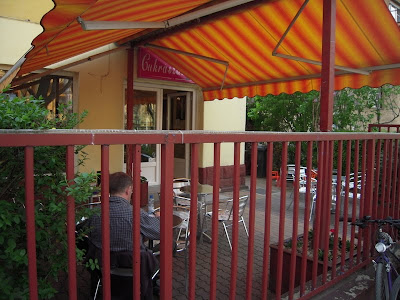 In Hungary it is customary to bring pastry when visiting somebody in the hospital… and if it is an old age hospital that means a lot of diabetic cakes. These things have less calories and carbs than a Wasa whole grain cracker. And when I am losing weight I tend to stay away from anything labeled “diet” I’m not diabetic… so this doesn’t count. The strange thing is these actually taste good! 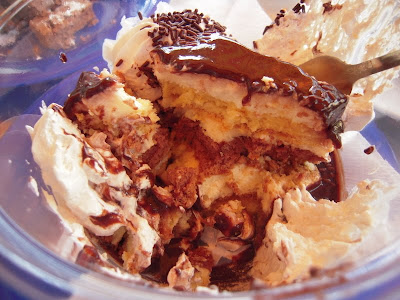 Somloi Galuska is a classic Magyar dessert that consists of a bit of cake smothered in chocolate sauce and whipped cream. I don’t usually eat sweets but given the monotony of sardines and salad every day, I have started treating myself to 100 calories and 9 grams of carbohydrate from one of these babies every day or two. The cakes don’t seem to taste of the weird chemical sweeteners either. I don’t really care: this is Better Living through Chemistry! I took a peek at the ingredients on my galuska expecting to see a list of unpronounceable advanced polymers, but all I found was fructose and… Alpha Gel and Jilk paste. 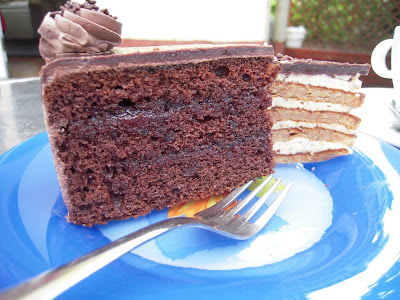 I don’t know what they are, and honesty, I plumb do not care. Apparently they are some kind of super emulsifiers that make small amounts of soy flour turn into excellent Hungarian pastries. I want more Alpha Gel and Jilk paste in my life.
Posted by dumneazu at 5:57 AM

These small pastry places tend to look the same. I was just having a quick look of the delicious-looking cakes, and glancing over the picture with the aluminium chairs, tent, and the arrangement of all these, well I was absolutely sure that I am looking at the Áfonya pastry cafe, from Szeged (on the corner of Közép fasor).
My favourite cakes are the ones with a lot of berries on the top, held prisoner by weird coloured jelly.

Anonymous said...
This comment has been removed by a blog administrator.
9:49 PM

Anonymous said...
This comment has been removed by a blog administrator.
10:36 PM

Just found this entry but as a fellow cake lover (and with a patisserie chef in the family) i can tell you that Jilk-paste is a product that makes the sponge cake fluffier and less prone to drying.