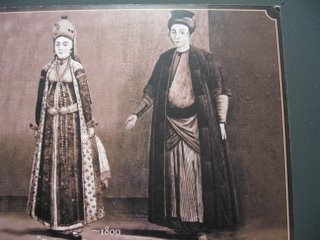 Turkey is home to over 25,000 Jews, and Istanbul is the main center with 16 functioning Synagogues and social services. The neighborhood below us, Karaköy, was named after the medeival community of Karaim located there since Byzantine times. Today the Karaim number only about 70, have a small Synagogue out in the Hasköy district, and are tending to intermarry into the general Jewish population of Istanbul. from Wikipedia:

"A great influx of Jews into Turkey and the Ottoman Empire, however, occurred during the reign of Mehmed's successor, Beyazid II (1481-1512), after the expulsion of the Jews from Spain and Portugal. The sultan recognized the advantage to his country of this accession of wealth and industry, and bade the Spanish fugitives welcome, issuing orders to his provincial governors to receive them hospitably. The sultan is said to have exclaimed thus at the Spanish monarch's lack of wisdom: "Ye call Ferdinand a wise king — he who makes his land poor and ours rich!" The Jews supplied a need in the Ottoman empire: the Muslim Turks were good soldiers, but they were largely uninterested in business enterprises due to Islamic limitations on commercial dealings; and accordingly left commercial occupations to members of minority religions. They also distrusted their Christian subjects, however, on account of their sympathies with foreign powers; hence the Jews, who had no such sympathies, soon became the business agents of the country" 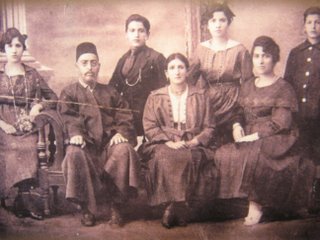 Just up the hill from Karaköy is the Kule district, the area around the Galata tower whichformed the traditional Ladino speaking Jewish area until recently. There are still a lot of small shuls in the area, although the majority if Istanbul Jews live out in the richer suburbs of Şişli, Hasköy, and Nisantaşi. This is the Askenazic "Schneidertempl" synagoge around the corner from us, now remade as an arts center. 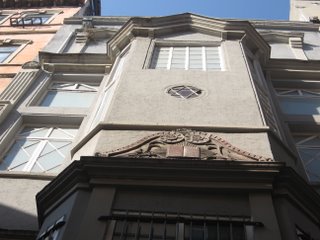 Hidden in an alleyway in the hardware market near Tünel is the Jewish museum. It's nearly impossible to find, until you wonder why there should be security gates in an alley just beyond a garden hose shop and a tea shop. The exhibits are excellent, and the interior is preserved in a respectful way that melds the original religious space ınto its present function as a museum. 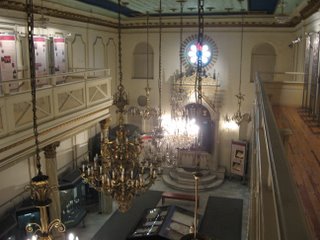 The museum features an historical overview of Turkish Jews in the main gallery, housing the old synagogue, with an ethographic collection on the lower level. The museum gift and bookshop had the most extensive collection of contemporary Ladino books I have ever seen - poetry, history, folkloric studies, classics - and also sold the Turkish Jewish newspaper, which features one page in Ladno. I asked the young woman working there about the status of Ladino. The older people still speak it, and often sing in it, whicle the younger generation overwhelmingly tend to take Spanish as a language course in school as a stand-in for Ladino. 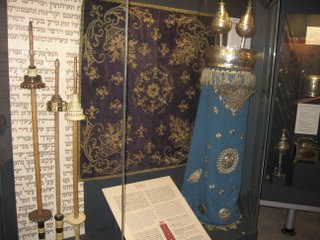 And although not well known, over in Eminonu, behind the toy market near Rustem Pasha Mosque, there is the Levi Kosher Meat Restaurant. 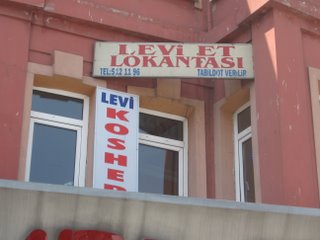