The Smallest Fiddler in Palatka 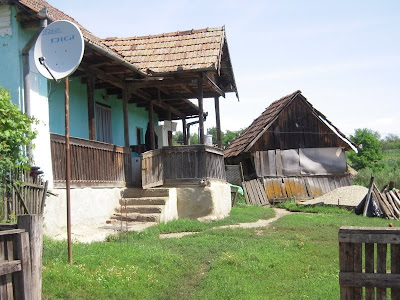 After playing the festival in Sighet we suffered an unpleasant surprise: we had no place to stay for the night after our concert, a day we had expected to be a free day with accomodations. When you are traveling with a band abroad, this is one of the worst nightmares - the local promoter who strands you with eight people on a shoestring budget. Luckily, when Di Nayes get into a pickle like this in Transylvania, we are covered. We have a safe haven. Puma made a call, we met fiddler Florin Codoba in Cluj, and an hour later we were at his uncle Lőrincz' house in in Palatka. 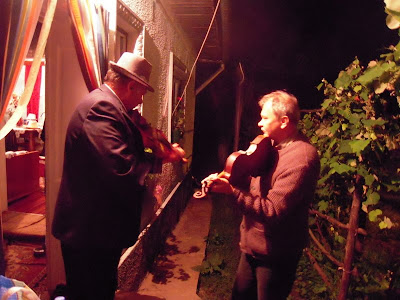 Palatka - written as Palatca in Romanian - is a village in the deep middle of the Transylvanian plains, the Mezőség, home to one of the most deeply stirring music and dance tradtions that I ever encountered anywhere. I have written about Palatka here, here, and here, but this is the music that I heard at the age of fifteen and something went click in my soul and I had found my sound for life. This is what made me buy my first fiddle. It is the sound that brought me to Europe twenty years ago, and is one of the main reasons I remain here. 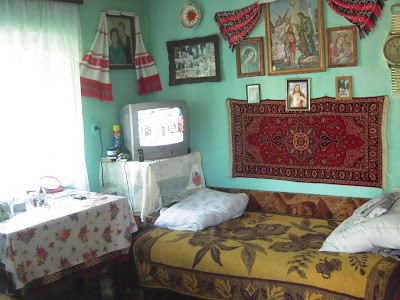 I can't live far from the persistant audial addiction I have to the music of the Palatka Gypsy Band. The Hungarian folk scene considers the Palatka band to be the most archaic of the Transylvanian string band traditions, and most of the best Hungarian fiddlers have spent time learning to play in the confoundingly asymetrical style. The unique sound of the Mezőség fiddle bands is the use of the three string kontra viola and the highly ornamented and often dissonant fiddle style. 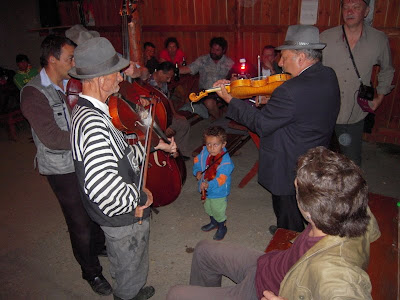 Modal melodies - ones that might be harmonized using minor chords - are harmonized using major chords on the kontra and bass. Like most Mezőség villages it is ethnically mixed, about 350 of its 1400 residents are Hungarian, with about as many Gypsy. The musicians tend to come from three or four musician Gypsy familes, the Codobas, the Macsingos, the Moldovans and the Radaks. The two Codoba brothers - Béla and Martón - led the band in its glory days between 1970 and 2000, when Béla died of a heart attack on stage at a concert in Veszprém and his place as second lead fiddle was taken over by cousin Lőrincz, who used to play kontra viola in the band.
In this youtube video Béla is playing with a much younger Florin around 1996, when teenage Florin was just starting to learn to play. What is amazing is how closely Florin's bowing exactly matches that of his uncle. That is how the sound and style is inherited. People are always predicting the death of traditional music, a form which is fast losing ground in the modern, digitalized world, but among the Gypsy musician dynasties of Palatka, the younger generation still grows up in a world surrounded by music. 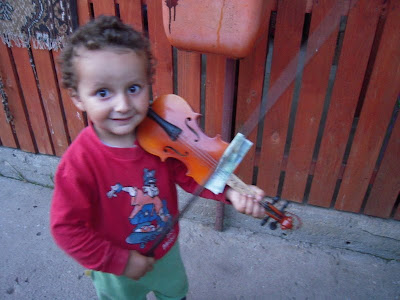 The latest example: the amazing two and a half year old Sebi. Sebi was with his parents at the general store that serves as the Gypsy bar in Palatka when we arrived. While we arranged for the musicians to come down to play, Sebi's uncle produced a tiny, unstrung 1/4 size fiddle and Sebi "played."
This two and a half year old child has all the moves down - even the fiddle bowing hesitations - before he even makes any sound on the instrument. When somebody would enter the bar, Sebi would walk up to shake his hand. He already knows how to dance. Sebi gets to wear a real musician's hat when he plays. When the musicians play, Sebi comes into the circle and plays along. When the musicians take a break and have a shot of palinka, Sebi gets a shot of orange juice and toasts the musicians before knocking it back in one shot, just like the big folks do. 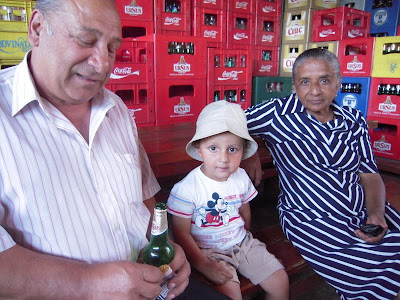 He is absolutely the darling of the family and his grandparents dote on him. On this tour we had New York fiddler Jake Shulman-Ment with us. Jake is possibly the best klezmer fiddler on the scene today, but he also has played Hungarian trad fiddle for years and performs for most of the hungarian folk dance events around New York. He's especially attuned to the music of Palatka, and two years ago we were able to get him together with Florin Codoba at the Yiddish Summer workshops in Weimar when Alan Bern's Other Europeans project was in its infancy and the summer workshops theme was the interaction of Jews and Gypsies in European music. Rather than academically belabor the point, we brought along our own Gypsy musician. Florin and Jake just clicked, so it was a stroke of luck that we finally got Jake to Palatka. 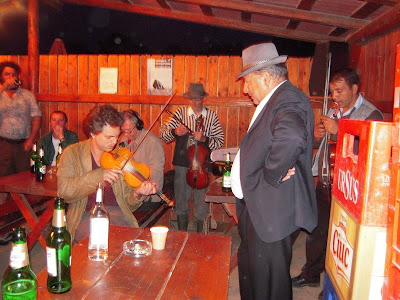 Right off the bat, Lőrincz handed him the fiddle and said "OK, kid, let's see what you can do." If you are a tradtional fiddler, this is as close as it gets to final exams. And Jake did pretty well. The locals were impressed. (Pardon the dark video, but if you watch closely you will see the amazing Sebi popping in and out of the musicians playing on his tiny fiddle.)
One of the other fiddlers on hand was an old buddy of mine, Ignac Macsingo, whose nickname "Naci" is pronounced in English as "Nazi." I'll never be able to get Naci any gigs at Klezmer festivals. Its a shame - he's a great musician, stunning singer, and dancer. 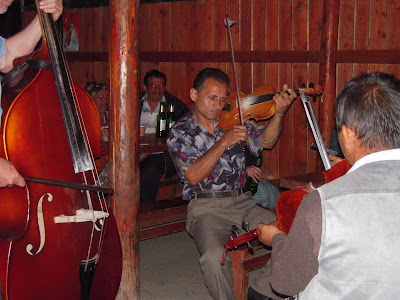 Naci's father, Gheorghe Macsingo - the fiddler in the nearby village of Barai - was the fiddler I first learned with when I came to Romania with Puma in 1988 during the worst times of the Ceaucescu period. We first went to Barai to find him, but Gheorghe wasn't home and the family spoke no Hungarian. Speaking in Romani, I asked his wife were we could find him, and she told us to drive back to Cluj where he would be catching a bus to the village later on after his factory job let out. We did, and met him at the bus station. He got in the car and said not a word until we got to Barai. When he saw his wife he was elated. Apparently, when we met him at the bus station he thought we were Romanian Securitate agents sent to arrest him.
Gheorghe's wife, on the other hand, thought that we were rich Gypsies from Bucharest who wanted to hire him to play at a wedding. In any case, Nazi eventually left miniscule Barai and moved to Palatka where he leads the second tier band that plays in the village and also plays the regular weekend gigs at the Gypsy bar. 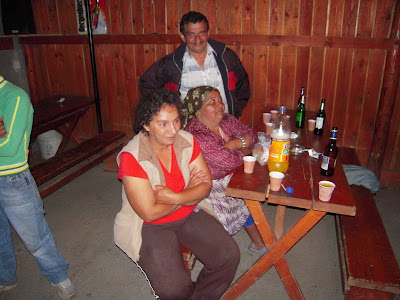 Superb stuff. And, good heavens, we do that dance in the last video clip in our Romanian dance school here in Cluj, almost exactly the same down to the last step and hand clap! I'll have to ask the teachers where they got it from - maybe it was Palatca.