While I sit alone in Budapest, Fumie has taken her Dangerous Girlfriend Posse and invaded Istanbul for spring break. Without me. I'm devastated. But, given that this blog started as a diary of our long trip to Istanbul a few years back, I still have memories to share... for one thing, even in Istanbul you can never get away from the presence of Hungarians! Hungary used to be part of the OPttoman Empire for 150 years of its history... which is to say, while most of Europe was enjoying the Renaissance and conquering the New World and slaughtering heretics, Hungary had to suffer the indiginity of 150 years of relatively peaceful Ottoman rule. Of course, Hungary's involvement in the Golden Horn goes back beyond the Ottoman period. Take Saint Irene, for example... also known as Piroska of Hungary, who was married to Byzantine Emporer John Commenus II in 1104. She merits one of the largest surviving mosaic frescos in the Hagia Sofia church, and was also one of the founders of the Monastary of the Pantocrator, which today survives as the Fatih Mosque, and is the largest surviving example of Byzantine architecture in the world. 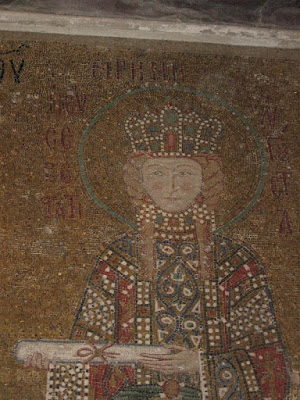 No mention of Hungarians in Istanbul would be complete without a word about... Orban. No, not that back-stabbing, cynical turncoat Orban. The other one. During the final siege of Constantinople in the 15th century the Byzantines hired a Hungarian canon maker to prepare a giant weapon for use against the Turks. Having contracted for the gun, the Byzantines renegged on the financial side of the deal. Orban left the city and offered his services to the Sultan. The giant canon he made could only be shot seven times a day, but it was enough to breach the walls of Constantinople and allow entry to the Ottoman forces. In gratitude, the armory found south of Chihangir in Pera was dedicated in his honor - the Orban tophane. 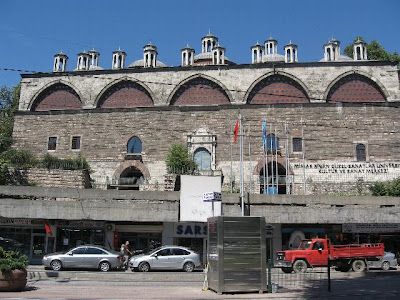 The first printing press in the Ottoman Empire was established by Ibrahim Mutaferrika, whose statue graces the central park in ther middle of the Bookseller's bazaar next to the Grand covered Bazaar in downtown Beyazit. 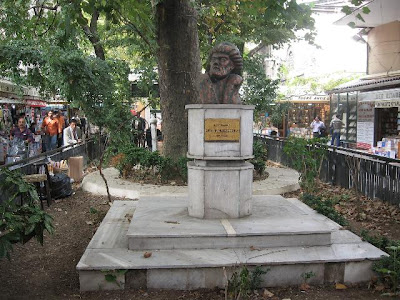 Although his original name is unknown, Ibrahim was born a Hungarian in Cluj, Romania, then known as the Hungarian city of Kolozsvar. We found his grave marker in the Mehvlevi Dervish cemetery in the Dervish Tekke next to the Tunel station in Beyoglu. According to the inscription, he became a Muslim servant of the Ottoman Empire in 1692. 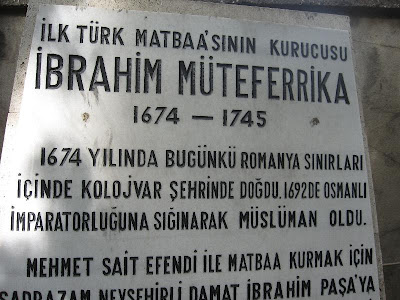 The most recent Hungarian presence in Istanbul was centered in the Lalelei neighborhood near Aksaray. Back in the 1980s and 1990s this was where Hungarians went to buy cheap leather jackets and plastic shoes to resell in Hungary. Back then every shop owner could speak Hungarian (as well as Russian, Polish, and Romanian) but today all that is left is this one sad shop front to remind us of the days when the Magyar hordes descended en masse on their fearsome Volan buses. 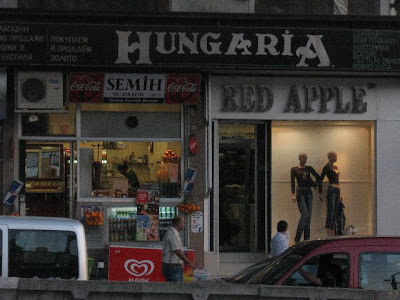 Hopefully, the Dangerous Budapest Girl Posse will remind the denizens of Istanbul that Hungarains are yet to be feared... at least when there is grilled meat at stake. 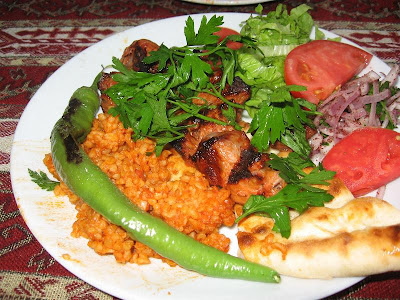 I hope the Posse gets back safely!

Oh, and by the way, here we also take a photograph of our dinner, and it's also nearly always grilled meat :-)