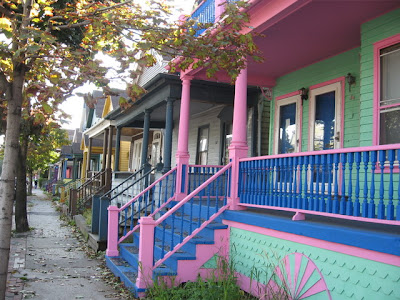 One of the spots that attract foreign tourists in droves to upstrate New york is Niagara Falls, located just north of Buffalo, New York. No, I didn't get to see the Falls - the US dollar had dropped delow the Canadian dollar the weeklend I was there, causing huge traffic jams of Canadians crossing the border to shop in the now cheap (for them) US. Instead, we had to make do with searching the former Electricity capital of the United States for its local specialty: chicken wings. 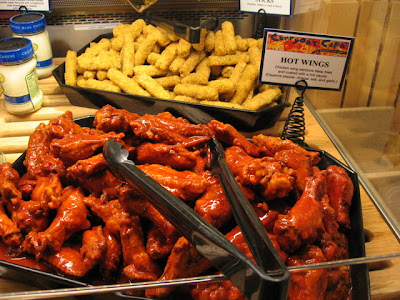 Buffalo Chicken Wings are an obsession in upstate New York. Originally invented at the Anchor Bar in Buffalo as a way to use up the less demanded parts of the chicken, wings are now firmely a part of the culinary identity of the Great Lakes region. 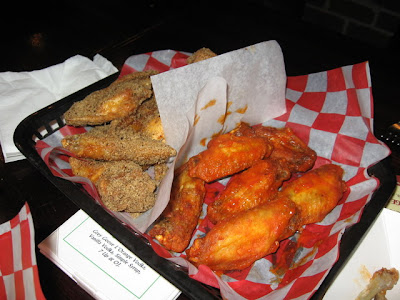 If you have had these at some posh European tapas bar, you won't be quite prepared for the real thing. First of all, the wings are HUGE, from chickens grown special for the purpose of big wings. Also, they tend to be really hot and spicy, much more so than any I had ever tried anywhere else. And there are a lot of different styles available on most menus - classic red hot sauce fried, breaded and fried, and coated in pepper and fried. All very, very messy. All very good. 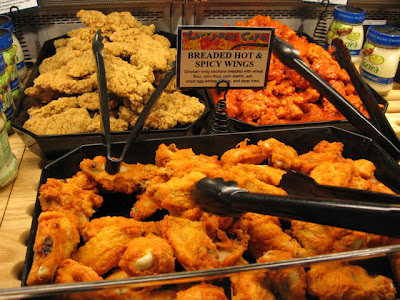 One doesn't associate upstate NY with spicy food, but I now stand corrected. For the most part, Upstate, as we call it, seems like a southern extension of Canada (dialect) or the far eastern marches of the American Midwest, arbitrarily stuck onto a polictical entity that include New York City (Upstaters seem to view this critique rather differently....) Other local specialties include hot dogs (Red Hots and White Hots, as they say) and the fabulously local "Beef on Weck" sandwich. 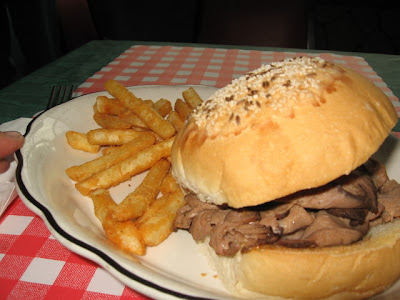 Beef on Weck is essentially a roast beef sandwhich served on a "kummelweck" roll, which has caraway seeds and pretzel salt on top of it. What makes the Beef on Weck special is that it is served with a tub of freshly ground nasty horseradish and a cup of "au jus". The "au jus" is pronounced as "Aw juice." Our waiter explained "You can dip the sandwhich in the Aw Juice or just pour the Aw Juice on the bread." Ours was served at the exotic "Italian Spaghetti House" in Fredonia, NY, accompanied by the house special 99 cent shrimp cocktail. 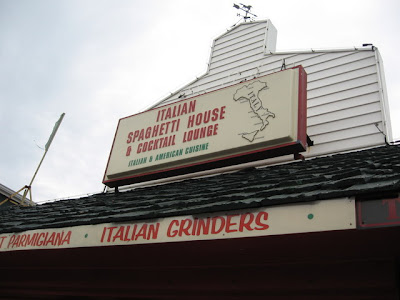 The Spaghetti house also produced a pretty good Turkey Club sandwich. Pretty much everything on the menu here was under $5. Although we did a gig in nearby Rockchester, I didn't have time to sample their local specialty, the poetically named "Garbage Plate." 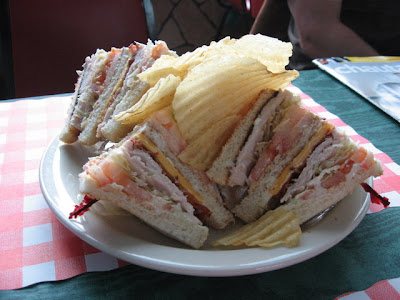 Breakfast in Fredonia (at the eminently smelly Day's Inn) was big on .... waffles. No bagles in sight. Only waffles. We're not in Brooklyn anymore, Reb Toto... Cups of waffle batter were set next to huge waffle irons. Pour in batter, wait, pry out waffle, cover with fruit conserves and ... 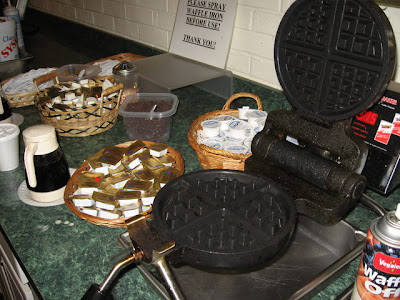 wait... just a minute... hey... what is that stuff next to the waffle iron? Why, yes, it's a spray can of "Waffle Off", guaranteed to keep your waffle from sticking to the hot iron... yum! I've never seen stuff like this in my life. Spray on food! "Long Lasting!" 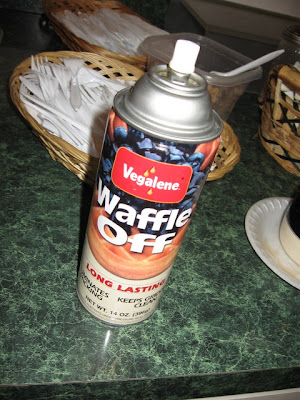 Our hotel in Buffalo was beyond our wildest dreams - there were jacuzzis inside each of the rooms. Apparently, sports teams stay here and after games they like to sit in the tub, perhaps watching dog fights on TV... 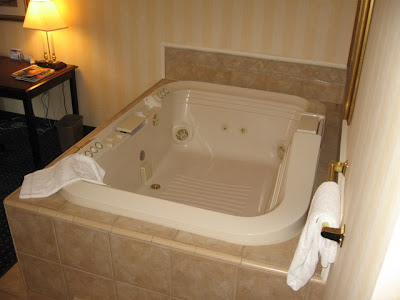 As a native Buffalonian, I have a couple of comments. First, Buffalo isn't "upstate"; Albany is upstate, Buffalo is Western New York. Second, beef on weck is one of god's gift to man but I've never heard "au jus" pronounced "au juice".

I am agreeing with Chris. Its more like 'Ah Jew'.

I like your write up - it's nice to get a complete outsider's opinion on places. I definitely get a kick on how others may view some of our cultural identities that we take for granted.