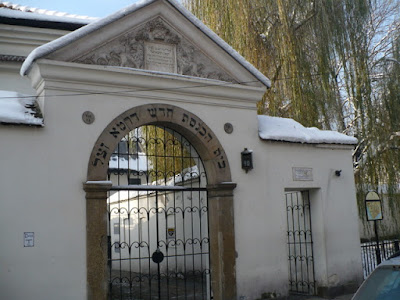 After spending a full three hours at home in Budapest after flying across the atlantic from NY, we took the overnight sleeper train to Cracow, arriving at dawn at the Hotel Eden in the old Jewish Kazimierz district. 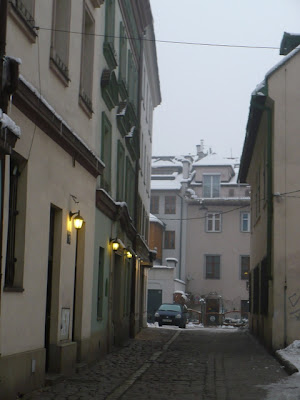 The Eden Hotel is one of the kosher hotels catering to Jewish visitors to the former Jewish district of Kazimierz, and was hosting a bunch of guests sponsored by the Cracow Jewish Culture Festival to plan a future secret collaboration cooked up by Alan Bern of Brave Old World. Participants included Judeo-Mustafa Ben Mandelson and cimbalom vituoso Kalman Balogh. 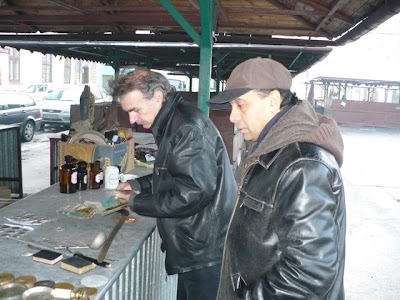 We spent the early hours of the moring wandering around Kazimierz. I've only been here during the summer Jewish Music festival, when the area is filled with visitors and tourists, and Szeroka Sqaure - which was perfectly empty now - will hold 12,000 screaming music fans at the final concerts. Our hosts were Janusz Makuch and the folks from the Cracow Jewish Culture festival, which is housed in the building located next to one of the old grand synagogues on Jozefa street. 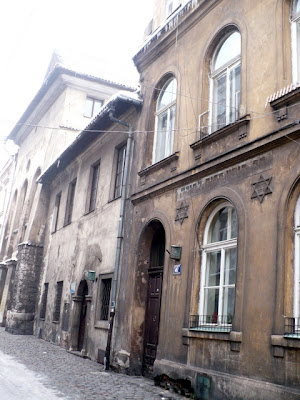 There are a lot of synagogues in Kazimierz. What there is not a lot of is Jews to use them. Kazimierz is famous as the location in which Schindler's List was filmed, and subsequently, it hosts one of Europe's most popular and influential Jewish music festivals each July in Szeroka Square, which has become a bastion of the "virtual Jewishness" written about by author Ruth Gruber, who was also in Cracow for this meeting. 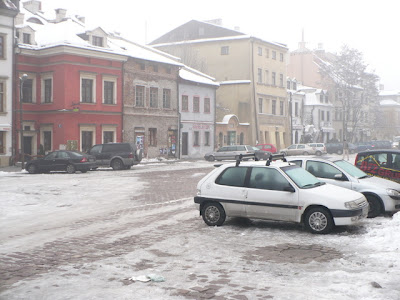 Virtual Jewishness is the creation of "Jewish spaces" to propogate Jewish culture in places with no Jews. Kazimierz provides a stunning example. Cracow has about 300 Jews living around the city, but Szeroka Square has become the center of a cafe culture based on the image of the cozy, wood paneled "Jewish Restaurant" which has become a branded cliche throughout Poland - every town now has a Szeroka-style "Jewish Cafe." 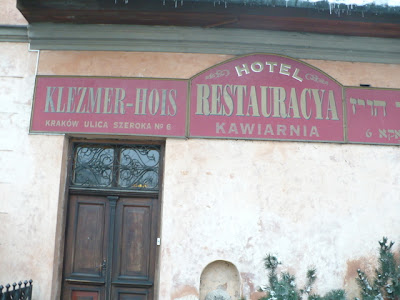 Perhaps the "virtual Jewish" phenomena bothers other Jews more than me, but one thing that almost everybody who has visited Cracow finds shocking are the small carved figures of black-robed Hasidic Jews clutching bags of money that are sold in the souvenir stands and crafts markets. 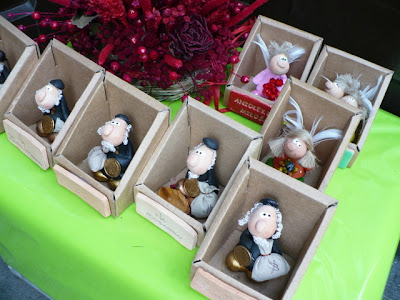 To be honest, these used to be far more widespread in the crafts markets in the central Rynek market, and while they haven't entirely disappeared, the stereotype seems to have shifted to the image of the Jew as Klezmer musician... although one can still find the Money Bag Jews standing among the fiddlers and tsimbl players. 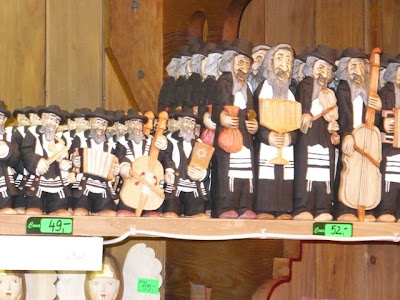 Locals will tell you that the carvings of Jews with bags of money are good luck charms intended to bring the owner the wealth that is associated with Jewish luck... and now that so much of Cracow's reputation as a tourist magnet comes from the Jewish Music festival, why not apply that to the image of the Klezmer musician? 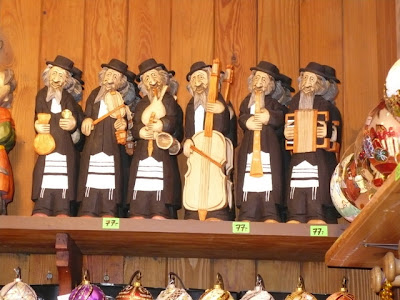 Janusz Makuch, the director of the Cracow Jewish Culture festival, has been working to convince local artists and businesses for years that these types of souvenirs are offensive to Jewish visitors, and he actually has had quite some success... it is now rare to find rows and rows of the money-bag Jew statues for sale these days. Klezmer Jews, however, are everywhere. 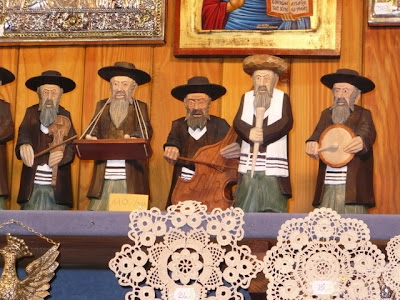 Hi. I was wondering if you could write more about the wood carvings of Klezmer musicians. I fell in love with these carvings when first seeing them at a local (Michigan, USA) restaurant that specialized in Eastern European (but not Jewish) cuisine and culture. (You can see a picture of them in my blog.). What is the sentiment the crafts folk attach to them. The same negative image as the "money bags?" e.g. Jews were shifty traveling musician types? I could see that as equivalent to the romantic but negative images often associated with Gypsies. Who do the crafts folk think their consumers are? Jews? or nostalgic Poles?

And here's my real question, are you aware of any one selling these figures on the internet? Whatever the sentiment of the crafts folk, I like them and would be interested in picking up a couple.