May Day: An International Celebration of Commies and Pork 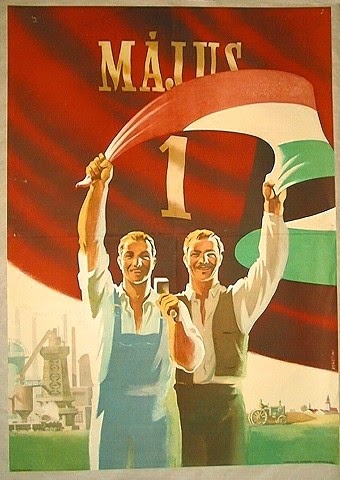 Remember the Working class? Those hard toiling, repressed masses that were supposed to rise up and overthrow their top-hatted Mr. Monopoly slave masters in a Glorious Revolution of the Proletariat? Arise, ye trodden masses and all that? Somewhere along the road that is the history of progressive movements deriving from the mind of Hegel, the Workers of the World seem to have gone the way of the buffalo. Where once great herds of organized workers covered the industrial earth, today only consumers and interest groups graze the denuded plains. Today the majority of people you meet would never identify themselves as "workers."  Today we know them as Employees. Or "Consumers" and occasionally as "voters". But never Workers.

Well, you should have been out at the May Day celebrations in Budapest's City Park last weekend. May Day - which is celebrated as International Workers Day in memory of the Haymarket Riot (which occurred on May 4, 1886 in Chicago and, apparently, involved Workers. And Police shooting at them.) is celebrated in almost every country in the world, with a few exceptions including the United States, which celebrates Labor Day in September instead, just so we can avoid that awkward, nasty bit called "solidarity with the Workers of the World." Elsewhere it is a great day for strolling, as unions and political parties set up tents and festivals in an effort to show that they, and not some other, more honest or efficient organization, should truly represent the Working Man of Today.

Nowhere is this more apparent than in the Budapest City Park. Traditionally, the post 1989 Hungarian left has chosen the park to host their celebrations, while the various center and right wing parties, of which only the right and far right exist today, go elsewhere. (Jobbik, the Neo-Nazi wannabe Party holds its celebrations out on the Boat Factory Island in the Danube. For three days, which kind of goes against the idea of a holiday called "May Day" but they are not really into that whole "rules" kind of thing.) Traditionally, Hungarian May Day was celebrated by party organizations offering free beer and hot dogs (virsli) for the workers, obviously based on the opinion that Workers could not appreciate a nice aged steak, a plate of chilled oysters, a  healthy tossed salad, and a vintage bottle of French red wine.

Today the beer is not really free unless you have a union card that gets you into one of the special tent areas, and the hot dogs have been replaced with all kinds of other pork products. It has become, essentially, a festival of the Capitalist Pig. The Cholesterol-a-thon of the spring season, if you will. Now, don;t get me wrong, I like eating the other white meat. Yes, it goes against everything that has defined the culinaria of my narrow ethnic confines for millenia, but if you have to swallow swine, this would be the place to put away your religious concerns - jump on in, the lard is fine!

If you are on a budget, or simply not that hungry, there is the old standby of Hungarian bar food and student snack stands: lard bread. Pure pig fat spread with red onions and paprika. If you want a vegetarian option, there are langos, the fried potato dough treat that gets far more respect than it deserves. Other vegetarian options include french fries (pre-frozen for your convenience!) and the ever popular plate of pickles. That is it.
If you need any pork, however, there are dozens of stands to accommodate you. Those ham chunks? They are pork knuckle. They are fatty, fully of chewy skin and cartiledge, and if God eats pork while sitting in front of television - and face it, why else would He forbid us, His chosen people, from eating it if He weren't keeping all the good stuff for Himself - this is what He eats. Sausages, ham steaks, and dozens of stands offering a new food fad, the soggy flat bread called lepeny served as a Hungarian version of a taco. No, it isn't traditional, or historical, or even creative. But they are cxheap, and if you know what the Workers want, they want cheap. I will devote an entire other post to these quasi-tacos as well as other fast festival foods blatantly masquerading as "traditional Hungarian specialties" sometime in the futre. Now, of course, the real reason we are here is to celebrate the workers. In the corner of the City Park near the castle is the area traditionally set aside for the old time, hard core, Communist Stalinoid left.
This includes the Hungarian Workers Party, the party that refused to admit defeat in 1989 and has since been run by Gyula Thurmer, a hard line old believer in the principles of Lenin and Marx. They garner dozens of votes each election year and have been at this for years. But they do put on a good party, and their May Day areas are one of the few public places that Gypsies feel comfortable celebrating in public, which is a rather telling symbol about the state of ethnic relations in Hungary today. Just down the road was the "Janos Kadar Circle of Friends" which is a club of old time Commies (and I think they would prefer we use that particular term) who enjoy ticking people off by supporting one of the most unpopular slugs in the history of Hungarian politics.
Think of it: with these guys in charge our future would be so much brighter!  Living up to the ideals of Janos Kadar, the man who betrayed the Hungarian Revolution in 1956 and led the Hungarians into their grumpily mediocre "Goulash Communism" period. What lofty ideals could these evidently vertebrate minds be hiding? Just in case you were not sure who the Janos Kadar Circle support, they were offering match boxes emblazened with the likeness of two of their favorite contemporary world leader. 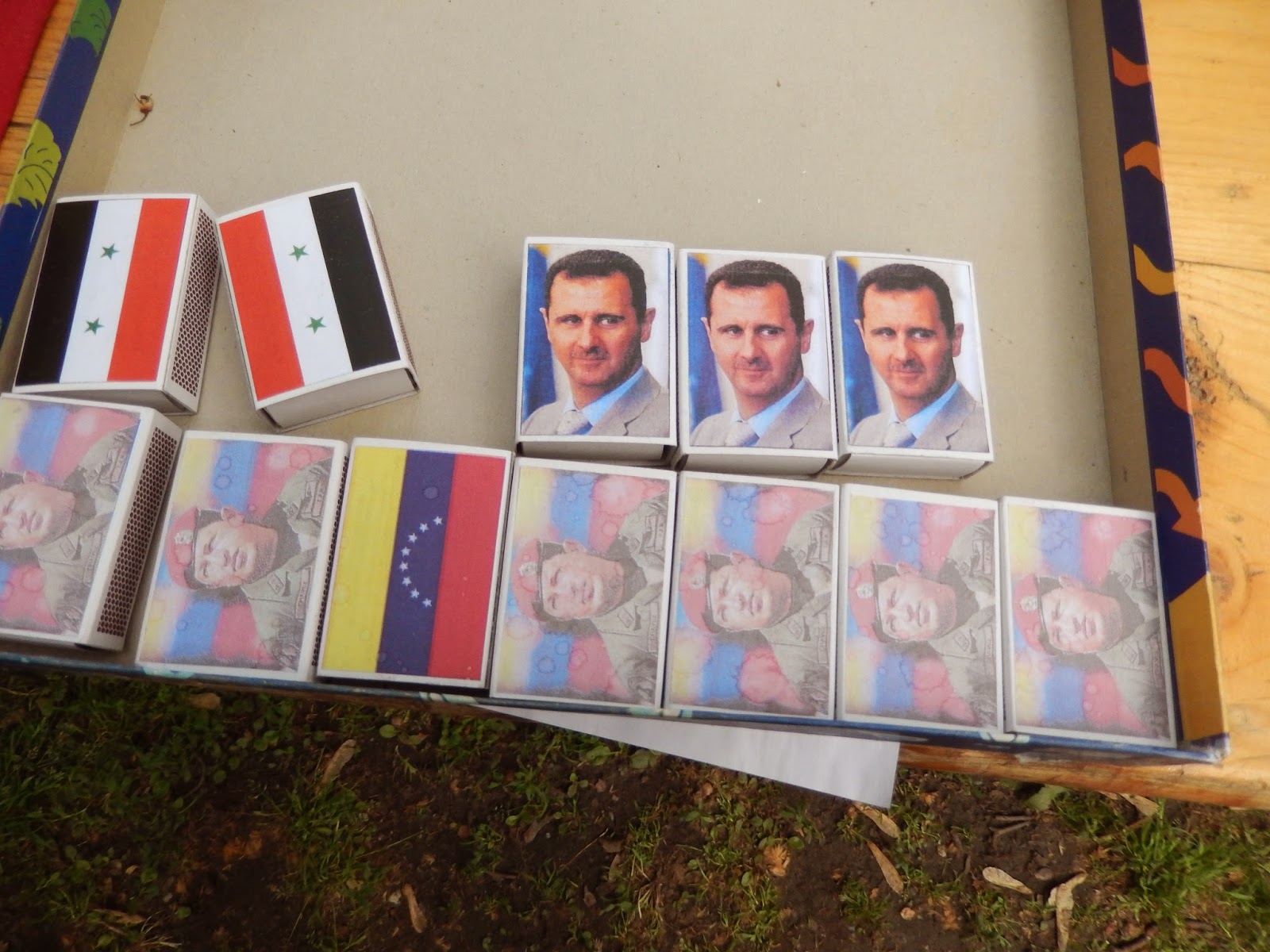 Yes, that's right. Hugo Chavez and... Bashir Assad. Somebody sat down and decided that the butcher of Syria would be a great poster boy for a Hungarian celebration. And you wonder why the progressive world looks at Hungary and weeps?