Greetings from Edinets, Republic of Moldova! 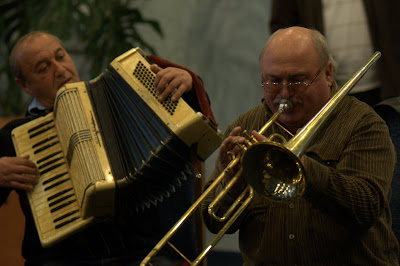 We are in Edinets, a town in the northern part of the Moldovan Reublic as a part of Alan Bern's The Other Europeans project, which we participated in during the summer in Weimar, Germany. Having met the wonderful Moldavian lautar violinist Marin Bunea -and his ethnomusicologist wife, Diana Bunea - we are now traveling around Moldova listening and learning from the Moldovan lautar tradition. It's a brass folk tradition that hasn't been heard much outside of Moldova, but is also probably one of the few living traditions that has very close roots to the origins of modern Klezmer music. 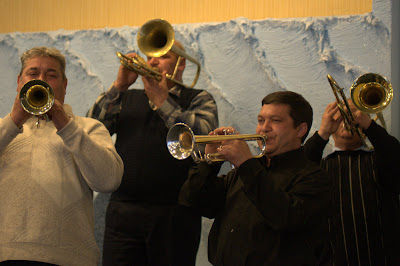 What is interesting here in the north of Moldova is that the Klezmer influence was so closely intertwined with local music that the local non-Jewish slang term for a musician is "klezmeras". We've been spending a couple of days trading licks and ideas with some great musicians. 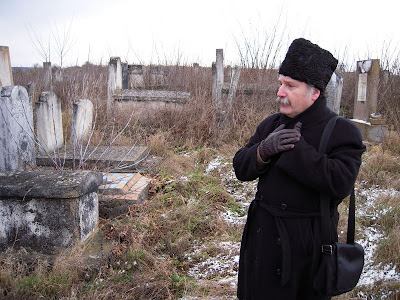 This morning we visited the Jewish cemetery of Edinets with Zev Feldman. Zev - who was one of the founders of the klezmer revival in the 1970s - has family roots in Edinets, and so it was moving to visit the boneyard with him. That's Zev, dressed as an extra in the film Dr. Zhivago. 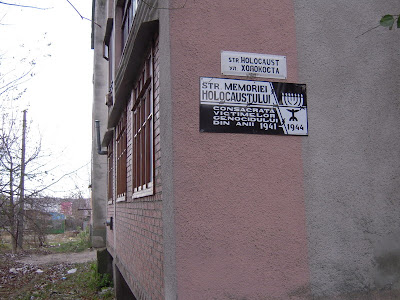 Took a stroll down Holocaust Street, which is a memorial located in the old Jewish street of Edinets. Edinets, everybody told us, only has about two Jews living here, which is interesting since we met about seven of them this morning, all speaking Yiddish. And now, two floors below me, I hear the band warming up, so I am off with my fiddle... I will go into more detail soon when I can type sitting at a regular desk... 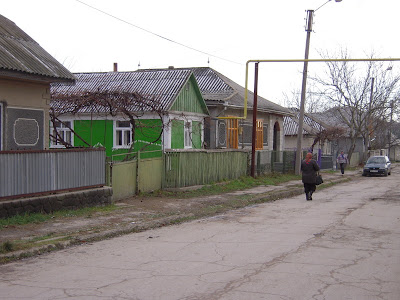 A taste of what Mark Rubin is missing: north Moldavian brass lautar with cimbalom, heavy on the valve trombones.

Anonymous said...
This comment has been removed by a blog administrator.
2:20 AM

Hi, I am hoping to visit Edinet this year. I can not see 'Holocaust street' on any maps and am wondering if you might be able to tell me whereabouts it is in the village?
Thank you so much for your help.
Best wishes,
Marc