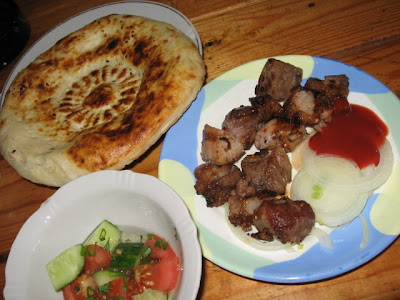 While in the Ukraine I found a replacement for White Castle Hamburgers: Uzbek food. Big, smelly Central Asian Turkic nomads who have a strangle hold on the dried fruit and spice sections of Ukraines open markets. And Uzbeks like meat. Even better: Uzbeks like marinated lamb shish kebab - shashlik - grilled outdoors on a wood burning mangal grill. 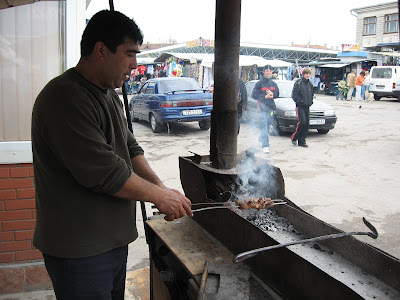 Just before our ship was about to leave Sebastopol, we ran ashore to get a couple of bottles of mineral water at the central market. On board the ship, ordering a bottle of water with lunch cost a mere seven times more than showing up with your own bottle. Following the smell of meaty smoke, we turned a corner and found this shashlik stand behind the market, and immediately lost all our enthusiam for another on-board ship lunch. 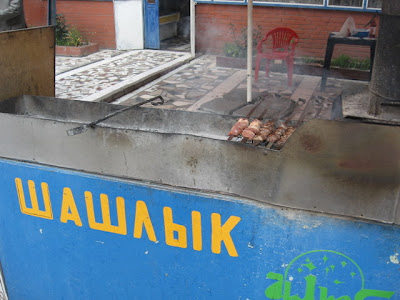 Being on a low-carb eating regimen means that I don't get hungry easily, but it had been a while since I had really filled my belly and this was obviously the way to do that. I ordered a double portion of lamb shashlik and Fumie ordered the lagman soup. 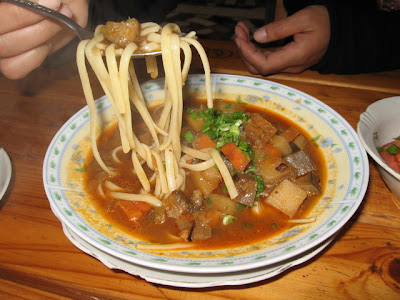 Fumie needs her Asian noodle soups, and this is as far west as we can get and still call this an Asian noodle soup. Thick noodles in a stewed lamb broth with eggplant and vegatables. Not content to remain seated in meat heaven, I nosed around the back and found an outdoor oven baking the unique Uzbek version of burek called samosa. Nothing at all like an Indian samosa, these were triangular bureks filled with ground lamb or cheese. 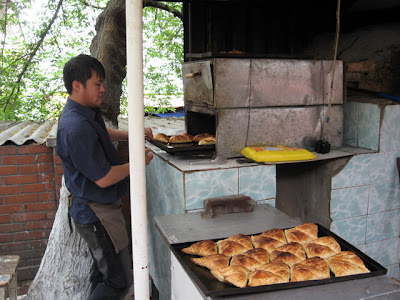 The Uzbek bread is called non (compare to Hindi naan) or lepyoshka (lepenje in Croat) and is always stamped in the center before baking. 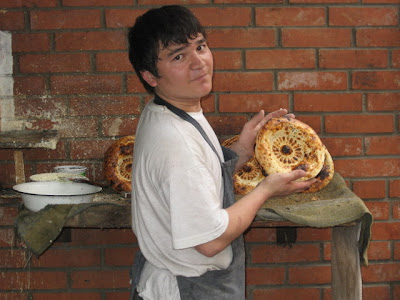 Finding more Uzbek shashlik joints became my obsession dureing the rest of the trip. In Odessa we met some friendly Uzbek dried fruit sellers in the marketplace. My skeletal command of Turkish didn't work as well with Uzbeks as it had with Tatars, but it broke the barriers down enough to ask where the shashlik shack was... 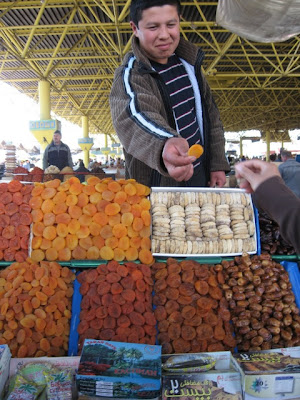 Shashlik stand, Odessa. A tin shack in the back of the junk market behind the vegetable market. Turkish karaoke blaring at full volume. 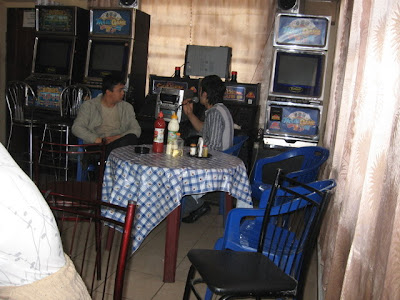 Happy diners after a very loud meal of plov and shashlik. Belly full, I can once again face the boat. 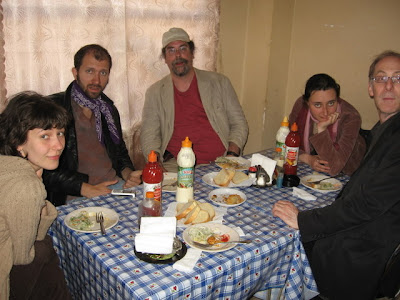 Moored next to us in Odessa was this: 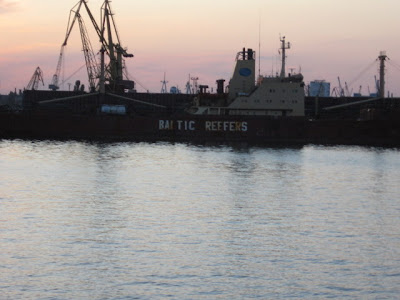 Aha! Now I know where they come from!
Posted by dumneazu at 7:49 AM