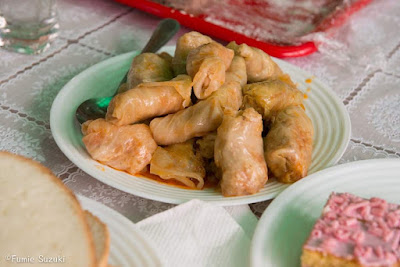 My son messaged me yesterday that all his friends had heard me mentioned on the podcast of the Budapest news portal 444.hu, and that they said that they liked my food blogging. They actually said that if you wanted to find decent, honest food around Hungary you ought to depend on advice coming from English language bloggers, like the one written by "Some old Jewish fiddler who lives downtown with his Japanese wife who collects folk music." OK. My cover is blown. I was hoping everybody would think I was some retired British rock star living with a sexy Russian spy/diplomat, but now the truth is out. My fictional alter would probably drive an Audi, nibble on caviar, fly first class, and never eat stuffed cabbage in Romania. I, however, have been living on the stuff for a couple of weeks now. And looking for older fiddlers in the Iza Valley of Maramures in Northern Transylvania in Romania. 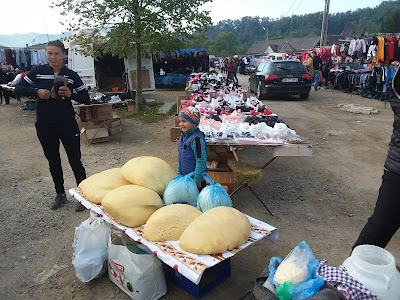 I have, indeed, been collecting folk fiddle music in Romania for years, and I am there now, tapping away furiously on my tablet in the village of Ieud, in the Iza valley of Maramures. In 2000 we stayed at one of the five houses in the village that had indoor plumbing. Today... am using the village internet network and sipping espresso... although I tend to eat at the home of our host, a woman we have known in Ieud since we first came to record the fiddler Gheorghe Ioannei Covaci in 1999, almost every home we visit offers us a feast when we visit. The hospitality of the Moroseni, as people from Maramures are known, is boundless, and part of that hospitality is liquid: horinca, clear fruit brandy distilled three times into a clear, hellishly strong schnapps that is pure enough that you can drink it without fear of raging hangovers. And drink it they do! I actually stopped drinking back in the spring. No good reason, I just did, but I make an exception up here. Most drinking in Maramures is ritualized and social. It is the welcome wagon in a glass when you enter a house. You always begin a meal with a shot of horinca. 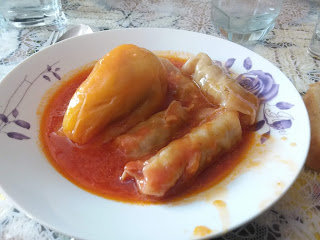 u
Sarmale is stuffed cabbage, and if you think there is only one type, think again. Right now we are eating a summer version, which is made from fresh cabbage leaves which are parboiled and then brined in salt water and vinegar befored being stuffed. In colder months people use leaves from whole heads of cabbage made into fermented sourkraut in large buckets. Then there is the filling. In Romania, where country folk remain devoutly religious, lent is taken seriously and a lot of the year feature meatless days. This is served by meatless sarmale de post (Lenten sarmale) filled with rice, carrots, and mushrooms. Otherwise, the filling usually includes soaked rice, onions, and smoked pork. 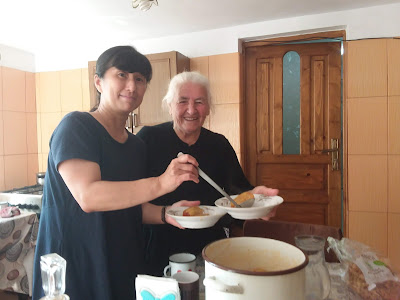 Stuffed cabbage is something you always make in bulk. Like all cabbage foods, it improves with time, reaching cabbage and rice nirvana around 36 hours after cooking. This is the reason so many visitors to Hungary are disappointed at Hungarian restaurants. They arrive expecting to try Grandma's stuffed cabbage in the old country and find to their horror that it is almost never on any menu. Hungarian law requires restaurants to prepare and serve all dishes on the same day. Time consuming preparations like stuffed cabbage (and stuffed peppers) that require a day to ripen and reheat are nearly impossible to find except at home. Szekely kaposzta, a blend of stewed sourkrat and paprika pork stew tend to serve as a stand in for the real thing, but luckily you can find sarmale in most restuarants in Romania. If you are ever in Cluj ( or Kolozsvar in Hungarian  or Clujenstadt or some other, real name in German , Kokoshvar in Romani)  go to the Restaurant Varzarie (The Cabbagerie) on Strada Eroilor 35-37 for some of the best sarmale in the world. 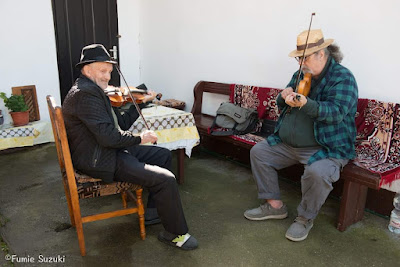 While we were recording Covaci Gheorghe, who at 88 may be the oldest fiddler in Maramures, his daughter treated us to some of amazing Dobrudja style sarmale. She explained that her mother in law came from the Black sea region of Dobrudja and she had learned the Turkish style beef stuffed grape leaf version preferred by her husband, who is from that region. They were fantastic, and like a lot of Turkish influenced dobrudja dishes, free of forbidden pork. I happen to like forbidden pork, but I like Turkish influenced Romanian cuisine better. I got to make some plans to visit the Dobrudja again sometime soon. 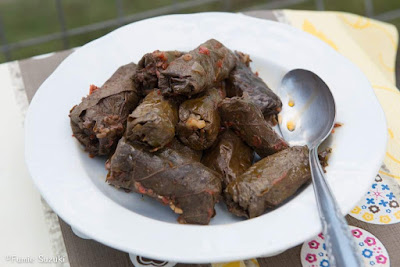 This trip is the first time we have done any traveling since the covid19 pandemic began, and with the immanent rise of the delta variant I have no idea when we will be able to return. Romania takes its covid precautions seriously - masks are always worn indoors, on transport, and free vaccinations are available in shopping centers. But the virus likes the cold weather, so it may be a while before we feel this safe travelling again. 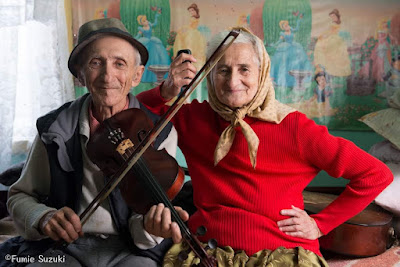