The Bronx, that most maligned bit of New York City, paradoxically marooned on the mainland of the United States, deserves a lot more respect than it is given. The Bronx was the birthplace of Woody Allen, Lauren Bacall, Louis Farrakhan, the NY Yankees, hip-hop music, Ed Koch, and most importantly, me. The Bronx is where I grew up, and although my family moved to NJ when I was ten, they may as well have moved to an alternative universe - one filled with bike paths and football fields and parking lots and strange non-Catholic churches. As soon as I was able I rode the buses back across the GW Bridge to the Bronx, to drink its egg creams and buy reggae singles at Jamaican record shops. 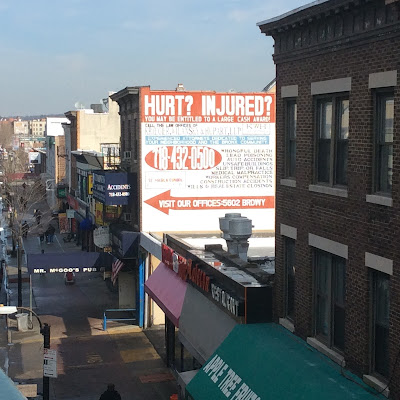 The Bronx has a bad reputation for poverty, violence, and urban ugliness that is not entirely unearned, but not entirely of its own making either. Like a lot of New York’s outer boroughs, until the 1960s the Bronx functioned pretty well as a city unto itself, sharing services with the rest of NY but with its own political machine. Then came Robert Moses. Moses was an incredibly powerful, yet unelected politician appointed as “Master Builder” to spend Roosevelt’s New Deal money on bridges, tunnels, and most of all, highways to transport the suburban commuters of the future. He loved cities, but he hated people, especially people who were not white and rich. Annoyed at the power wielded by established neighborhood political machines in Brooklyn and the Bronx Robert Moses simply blasted massive highways through the neighborhoods, creating cement canyons that cut parts of the city into new, socially isolated mini districts. The Cross Bronx Expressway and Major Deegan Thruway may be a boon to commuters but they were a death sentence to the neighborhoods of the Bronx. 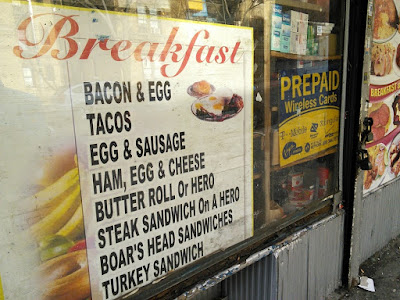 By the 1970s many – including my family – had fled the Bronx as the city began shrinking services to the borough and – secretly – colluding with developers to buy up the rapidly devaluating property cheaply. Drugs fed on the hopelessness, and gang culture flourished on the drug trade. Landlords found it easier to burn down their buildings and collect insurance money than to rent them. By 1980s the Bronx had become the backdrop for films like Fort Apache The Bronx and The Warriors (actually based on XenophonAnabasis)  which portrayed the Bronx as a scorched earth zone of racist nightmares.

The low point came in 1990 when an arson fire at the Happy Lands Social Club killed 87 people, mostly Garifuna (Black Carib) immigrants from Honduras. After the attack on the World Trade Center in 2001 and the Oklahoma City bombings in 1995, it is the third largest loss of life by fire in US history. It also brought attention to the neglect of fire regulations in the Bronx and the growing demands of the immigrant communities to be treated on an equal footing by the New York municipal authorities.


We passed the Happy lands site while driving around the Bronx with Bob Godfried – musician, researcher, accordion repair expert, social activist, High school shop teacher – who was born and bred in the Bronx and is a deep well of knowledge of all things Bronxian. Over the years we have done a lot of exploring in the Bronx and Jersey with Mr. Godfried, and he is not letting retirement slow him down at all. When the time comes for all the Jews in the Bronx to leave, Bob will be the one who turns off the light.

Luckily, that time won’t come soon. There are still quite a lot of us in the Bronx, along with Africans, Chaldeans, Irish, Albanian, Macedonian Gypsies, Dominicans, Jamaicans... you get the idea. Many of the New York traditional music scene folks I knew when I lived in the USA have moved out to the suburbs, especially to upstate New York and New Jersey. Not Bob. He stays local, fixing the oddball accordions of Mexican Norteno musicians, Irish box players, and most recently, the harmoniums of the Indian community. Not many harmonium tuners in New York competing with him.

A day trip with Bob is basically an excuse to talk to somebody on my frequency: a normal conversation may start by discussing early minstrel banjo construction, then contemporary Iranian Kurdish cinema, the evil calumny of Robert Moses, and then winding up furiously linking the newer Hohner accordion reeds with the fall of civilization. Bob also knows all the Oaxacan and Puebla taco shops in the Bronx and exactly where to get a Donald Trump piñata for your next quinceñero party or bar mitzvah.

The Trump piñata was found in a Mexican party supplies shop in Yonkers, about a mile north of the border with the Bronx but close enough for irredentism. Yonkers is home to a large immigrant community from Mexico, and so we stopped in for a lunch of tacos and tamales at Fonda de 5 Mayo

Across the street, we browsed a Botanica which specialized in a deeply orthodox Yoruba expression of Santeria. The North Bronx and Yonkers is the center of New York’s African born Yoruba community, but there are lots of Ghanaian, Malians, and Senegalese up here as well.  Just down the road was the last of the Puerto Rican “cultural centers” – the Taino Mayor Record Shop.

The shop is more of a neighborhood hangout than a commercial concern. Guitars and drums lay around waiting to be picked up and played. An old guy wearing Puerto Rico shaped sunglasses stands outside making comments about everybody who passes by. Nobody spoke English, so Bob spoke in Spanish, which long ago replaced Yiddish as the second language of the Bronx. Stuffed to the ceilings with Puerto Rican flags, CDs, cuatros, guiros, Boriqueno key rings, and even tamborines with dancing Jews printed on them, I think they were surprised when I actually purchased a CD of plena music. Most of the Bronx Puerto Ricans have moved out of the city, assimilated, or moved back to the island.

Most casual visitors to the Bronx are either there for jury duty or are headed to the Bronx Zoo. Good choice, but almost across the street is the Bronx Botanical Gardens. When I was a kid I never wanted to visit there. Why see a tree when you could see bison and screeching monkeys flinging poo. But I am older now, and Fumie wanted to see it, and guess what… it is an vast island of nature smack dab in the center of the Bronx. Not only that, but it is home to the last untouched forest in New York, never logged or farmed, a parcel known as the Thain Family Forest. It is also probably the only remaining virgin hardwood forest in New York that has its own gift shop. 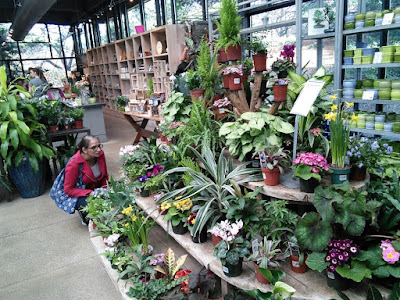 For about ten years the forest was off limits to visitors in order to weed out invasive species and soften environmental impact, but now it has clear paths and for a moment you can stroll through an old growth Hickory forest convenient to a NY transit metro rail stop. It is an unworldly feeling to be surrounded by 200 year old hickory and oak trees while hearing a city bus farting to a stop a few yards away. Hidden deep in the woods there is even a rarely visited  waterfall on the Bronx River.


By this time it was time to find dinner, and Pere Godfried's interior cultural map of the Bronx did not fail us. After visiting an African grocery and inhaling the aromas of deeply smoked and salted goat meat for a while, we felt that something lighter might be in order.

Back in the mid 1970s when the US was settling refugees from Vietnam, the decision was made to scatter the resettled South Vietnamese communities around the country so that none of them would grow into an enclave with enough local political power to effectively control politics, as had the Cuban refugee community in Florida. (Ever hear of Ted Cruz or Marco Rubio?)  Thus, New York did not really receive many Vietnamese, and those that were sent here were plunked down in the Bronx, where Bob G. was teaching wood shop in the High Schools. That's where he met the kids whose family run the Com Tam Ninh KieuVietnamese Restaurant. The menu is split between noodle soups and rice plates.

This was some of the best pho I have had in the states. Not delicate, clear broth, but a hearty, packed soup with tripe, tendon, with a small botanical garden of its own served on the side. The Bronx: some of the best eats in New York, if you know where to look. 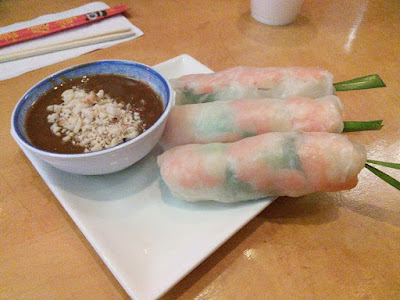 The Botanical Garden used to be free. There might even be a legal requirement that it was supposed to be free forever, since it's on city parkland.

Then they started charging $3 for grounds admission, with extra charges to go in the buildings. Still a great deal, even for people without a lot of money.

I was horrified to stop by and discover that it's now $28 on weekends! A "discounted" $15 ticket for just the grounds is only available to NYC residents. This is a slap in the face to working people and the history of public amenities NYC used to provide for everyone.