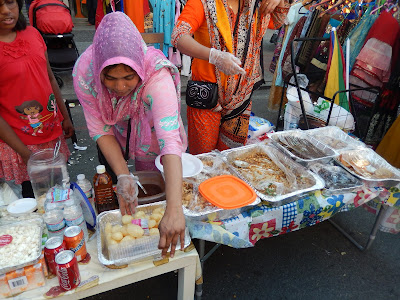 It is the annual pilgrimage to the Big Apple. "New York, just like I pictured it, skyscrapers and everything!" I have been eating a restricted diet in Budapest this year, justifying it by telling myself that if I refuse the bowl of rice or the roll of bread today I can make it up later by eating something fantastic when I am in New York... It has worked so far - I lost quite a bit of  weight - so I am allowing myself a measured bit of leeway while I am in New York. Leeway as in Chinese food, Indian food, and yes, an occasional Shake Shack burger. I have been traipsing about the city for weeks, but the sad story is that the New York I knew growing up is shrinking into oblivion. Manhattan is almost lost amid a flood of new construction and condo-madness. Harlem is no longer a majority Black city - it is yupping out, filling with hipsters and losing the century old sense of soul that is baked into its stoops and sidewalks. Times Square is Disneyland, The East Village junkies and punks have all become acai berry juice moguls, and Yorkville hasn't seen a Hungarian sausage in over a decade.
The old ethnic neighborhoods have disappeared as rents rise and families flee to the suburbs. Brooklyn is gentrifying as people who seem cloned from the cast of "Girls" move in establish artisan fair trade coffee shops and yoga centers. But it isn't all lost - there is still the Bronx. The Bronx will never gentrify. Its the place I was born and raised, and it still defies the trend towards hipster homesteading that has raised the rent in traditionally immigrant and black communities. The Bronx, No Thonks! remains the borough's best defense. 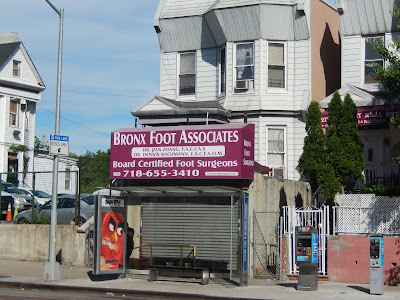 Bob Godfried, a born Bronxonian and one of the stalwart holdouts of the old Jewish Bronx, took me up to the Norwood section off of Mosholu Parkway for the Bangladeshi Festival along Bainbridge Avenue. Never have I seen so many Bangladeshis doing what Bangladeshis do best - teem in overpopulated masses. From one end of Bainbridge ave to the other sari clad women sold spicy chickpea concoctions and samosa while others listened to the painfully loud live singers. 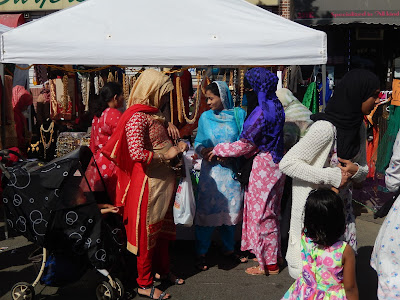 Not bad for a neighborhood once known for its Irish bars and the last secular Yiddish school in New York. I've been in New York for several weeks - much of it spent in New Jersey, and several of those weeks were without access to a laptop so I was not updating the blog. Jersey is the Bronx of the future. Since Bob G had taken me to the depths of sub-continental Bronx life, I responded by taking him to the deep South Indian enclave of Newark Avenue in Jersey city. 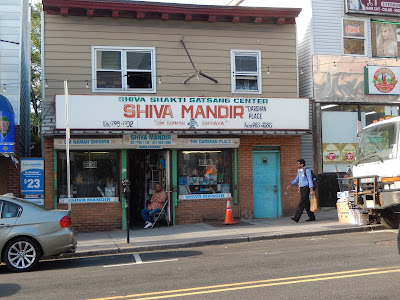 For about four blocks, Newark Avenue is wall to wall Dosa joints, Indian sweet shops, bakers, and Mandirs - small storefront temples dedicated to Hindu worship, whatever that may be, we non-Hindus will probably never know, but it is comforting to know that if there are Hindu temples around, a good rice pancake is probably not far. Since a lot of the recent immigrants from India are from stricter vegetarian Hindu and Jain communities, you can get excellent veggie food unlike what most of us know from meat heavy North Indian restaurants. Straight to Sapthagiri, the all vegetarian Restaurant I lucked upon last year. 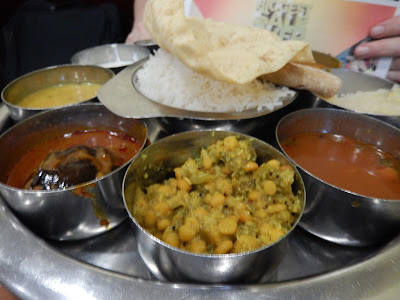 Twelve dollars gets you a huge south Indian thali selection of vegetarian curries, tamarind broths, pickles, chapatis, lentil, and rice. I wrote about Sapthagiri last year, and if you really love Indian food it is worth the trip out of Manhattan on the Path train to Jersey City - it is only about five minutes from the PATH station. But man cannot live on vegetarian offerings along, especially if you like to eat meat as much as I do.

For that we have Chinese food. Living in Europe - specifically Hungary - I can get a lot of Chinese ingredients at the shops serving the Chinese community and cook myself, and there are always a few decent Chinese restaurants, but I was raised in New York and I am spoiled by the range of small, affordable eating places serving local Chinese cuisines for their own communities.Lacking Chinatowns of our own in Budapest, I have to make up for it with reading food blogs and watching YouTube, which is how I came across this: Chinese American food maven and host of the Double Chen Show Mikey Chen getting characteristically excited about the Clay Pot Rice dishes served at a tiny place in east Chinatown that I have been passing by for years - The A Wah.

I have seen recipes for Clay Pot Rice, I have seen the little clay pots for sale in Chinese shops, and I have lived around Cantonese people for much of my life, but I had never tried the stuff. Boy was I dumb! Its far more than its individual meaty-ricey parts. It was the best Chinese food experience that I have had since discovering the Golden Mall in Flushing a few years ago. The window betrays nothing: ducks hanging, strips of pork dripping, the same as dozens of Chinese BBQ meat joints around lower Manhattan that serve cheap take out lunch to the local Chinese workforce.
But in the back there are tables and the tables are filled by that indicator of good Chinese regional food - namely, Chinese people eating. All New York Jews know that Chinese food should only be eaten in a place filled with exclusively Chinese people. (Look, I would love to give you all some valuable financial advice and Jewish trade secrets, but I can't, so you will have to be satisfied if I tell you the secrets of how we know where the best Chinese food is.) Chinese people: why have you been keeping these pork filled clay pots hidden from us New York Jews for years? Did you want to retain one deep, pork filled secret from us after years of Jews slurping your noodles and scarfing up your dim sum and disdaining out-of-towners who don't know the difference between a PJ Changs and Palace 88? Is there something about Tianshen cuisine you don't want us Jews to know? In any case - this stuff was amazing: meat cooked inside a rice filled bowl with crispy burned rice sticking to the bowl which becomes the star of the meal when dizzled with sweet soy sauce. And if pork, pork, pork, and pork cooked inside rice isn't non-Kosher enough for you, there is also roasted eel, which is about the most unkosher thing you can eat that is not a rabbit, a lobster, or the House Special Clay Pot Rice from A-Wah's.

Hah! I wondered where Bob G. had disappeared to, then I remembered you were in town.

Alas, the developers are rubbing their grubby little hands over the Bronx, too. Didn't Bob tell you about the so-called Piano District? (ETA: great article posted by dlwilson26)