A Gypsy Musician's Funeral in Transylvania 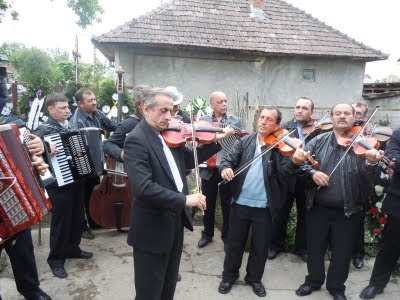 Been a bit too lazy for frequent updates to the blog, folks. Summer seems to have bypassed Europe this year, with cold weather and rain nearly every afternoon. It’s like an endless April that won’t go away, except for the occasional scorching hot day to turn the damp soil into a steamy fermented stink brew that means you can only go out at night. But I was lucky this year: I got to Transylvania early, in May and June. Traveling around with my musical colleagues Jake and Eleonore with Scribbling Mystery Guest in tow, we managed to visit several great old style musicians, both living and dead. When I started traveling around Romania with a tape recorder looking for traditional music in the 1980s, I was convinced that the folk music was on the verge of disappearing. I, very fortunately, was wrong. In some places it has remained, in others it has changed, in some it has gone out of fashion entirely, but it is still there. Every year I meet a few visiting foreign musicians who want to collect folk music in East Europe, asking me for advice. What you need is simple: working knowledge of about three languages that are not taught at your local community college, a recording device, and a pocketful of cash, preferably won at the track or a casino so that you are not too attached to it. Musicians like cash. They like it very, very much. And traditional musicians – particularly professional Gypsy musicians – do not play because they love you and your deep respect for their heritage and want to share with you. Oh no. They play for cash. As Antoine Baptiste says in the TV series Treme “Play for that money, boys. Play for that f***ing money!" 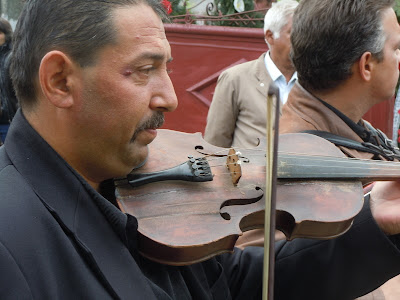 While I was in Cluj/Kolozsvar we were set to visit the village band in Sopor, but a phone call to the band leader revealed a small problem. Could we loan him a few hundred Euro? Now, within Roma culture borrowing money is a sign of acceptance within a family or clan. You should be proud that you are so accepted that you are now part of the great economic web that feeds the tradition. However, a loan doesn’t really mean a loan in the accepted sense. Basically, if you lend anybody money east of Vienna, it is a gift. Same problem happened with Palatka – a tour had been cancelled and the band was on high alert for any new source for a float and could we get out to the village as soon as possible with our pockets stuffed full of lovely cash? Er, maybe not. In the end, we lucked out. We went to visit a musician who had no cash flow problems at all. We went to his funeral. 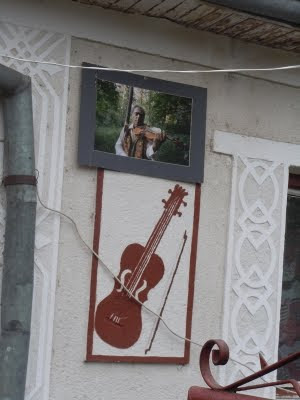 In Cluj I met up with Raoul Weiss, the Alsatian polymath, linguist, and gourmet who also happens to be the Palatka Band’s friend and sometime French manager. Through Raoul we got a hot tip that Iosif Ghemant, the primas (lead violinist) in Gherla (Hungarian Szamosujvar) had passed away and was being buried the next day. 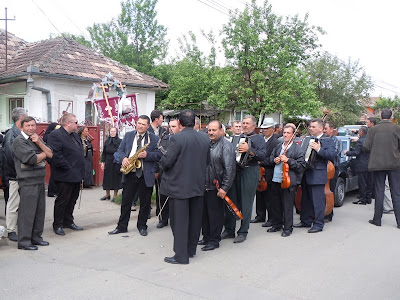 Without a clue to where the funeral was taking place (or, in fact, the name of the deceased at the time) we drove forty minutes east to Gherla and started asking around. Nobody knew about a funeral, so we asked where the cemetery was, and drove in that direction. Sure enough, on a near the outskirts of town we saw some musicians in suits turn down a street and followed. 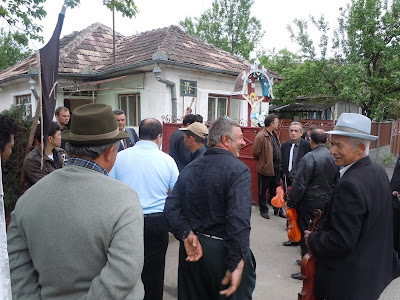 A large crowd of Gypsies was gathered in front of a house, and dozens of musicians waited outside. The deceased was Iosif Ghemant, who had led the local folk orchestra and it was time to pay proper musician respect by fiddling the man to his grave. Nobody made any comment about our obviously foreign presence. When musicians slag each other off they often comment “And how many musicians will there be at your funeral, huh?” In the case of Iosif Ghemant, quite a lot. Much respect. And so a few foreigners just adds to the prestige of the event. 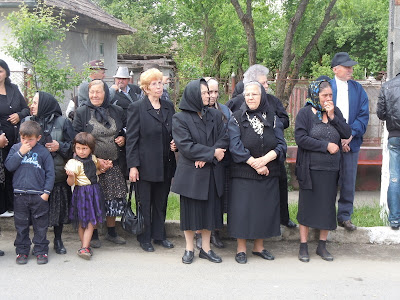 As people arrived they were ushered into the house to pay last respects to the deceased, and suddenly I found myself escorted inside by the violinist’s son to view the open casket, surrounded by weeping daughters and wife. I excused myself and returned to the yard just as the band began to play.Gherla is smack dab in central Transylvanian plains, the Mezoseg, and the music here is fiddle music, accompanied by the three string kontra viola and bass. Gherla, however, is one of the places that started adding modern instruments after WWII, and saxophones and accordions became accepted in lautar bands here, while in the nearby villages such as Szek and Ordongosfuzes the string bands maintained their primacy. 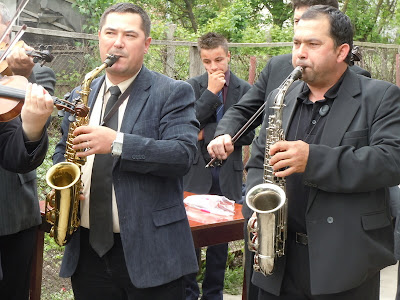 Ghemant was one of the musicians who played on one of the now-forgotten Argo folk music series recordings that I heard decades ago when I was just beginning to learn about Romanian folk music. He was one of the musicians who straddled the border between tradition and folklorized arrangements, and the musicians who came to play included everybody from the hot younger city fiddlers to village musicians to journeyman musicians who never made the lautar grade.The tune here is the traditional “accompaniment to the grave” song used in Central Transylvania. Unlike a New Orleans funeral, there was no “second line” on the way to or from the graveyard. The procession marched through a run down residential neighborhood about two miles to the new graveyard, and we left before the march had gone very far. But when the day comes and your number gets called, this is one fine way to take that long last road to the cemetery. And to get a taste of Ghemant's sound click on this link. The man was a master of Transylvanian fiddle.

What a great blog. I'm actually a violinist and I'm coming to Romania in a couple weeks. I would love to ask you some questions. Could I maybe email you? I promise I'm cool..btw the funeral looks amazing. Great pictures!