Hani Gets a Haircut: A Roma/Jewish Love Story 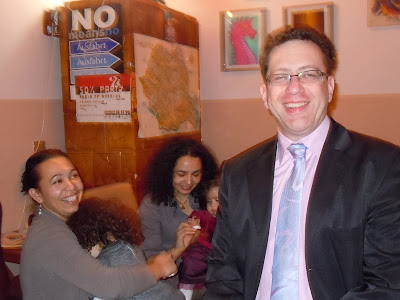 Last week we had the honor of being invited to the first haircut ceremony of Hani, the daughter of Claude and Mina. Among the Roma the haircutting ceremony is a rite of passage between the two most important life events: birth and marriage. As Mina explained, in the traditions of her group of Roma, the Dzambaş, the child is given four random objects and urged to choose one from among them. The Godmother (Mina’s sister Otela) and the Godfather - in this case Claude’s old friend Vijay who works in Geneva - chose the objects which included things like a Burger King drink cup, a Bic lighter, a flower, and other random effects picked up during the day. Hani chose the lighter, and then a lock of her hair was shorn, to be placed in a vial of water. These objects will be saved away and given to her on the day of her marriage. 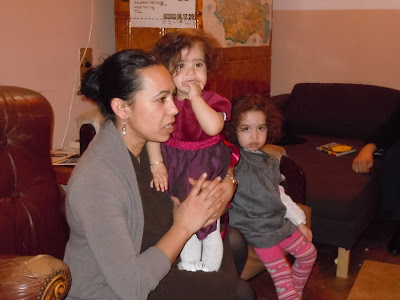 Claude and Mina are among our oldest friends in Budapest, although today they are residing in the Republic of Moldova where Claude works as a UN official. Claude was part of the posse in the wild east days of Budapest in the 1990s. Originally from the US, he taught English in Prague and slung his guitar around the alternative punk clubs of east Europe before settling in Budapest. Eventually he found a position with the European Roma Rights Center, learned to speak Romani, and soon was active in the defense of Gypsy human rights campaigns as a case worker and writer. He also worked with legendary Serbian Gypsy singer Saban Bajramovic to reclaim the copyright and publishing rights to Saban’s music, which the singer had never protected. Not bad for a Jewish kid from Hartford. Along the way he met Mina. 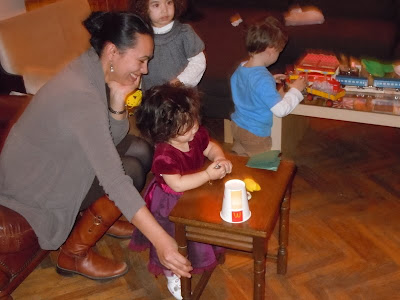 Mina comes from a Roma family in Romania, and she was the first in her family to finish school and attend University, taking a degree in Psychology. She and Claude met at a Roma Rights conference and kept in touch, and pretty soon they fell in love and decided to marry. It wasn’t an easy matter. The question of marrying out of one’s official religion, which is taken rather seriously in Romania, was solved by fabricating a mixed ceremony for the wedding, which took place with a Romanian Orthodox priest and included a Reform Jewish blessing added into the mix. Claude used to describe himself as “The King of The Yekkes” – Yekke being the Yiddish term for a German Jew, his father’s family, from Furth, having gotten out of Germany at the last minute before the Holocaust. 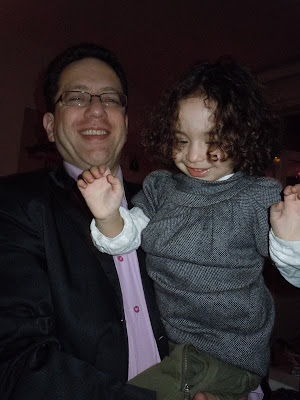 According to Romani tradition, there were traditional dowry issues to overcome. A certain amount of wealth is required to “reserve” a bride, and I used to send Claude SMS text messages saying “Hey Claude, want to go fishing this weekend?” and get responses like “Yes. Do you have any gold? Bring lots of gold!” If you think about it, that was one of the most romantic things I ever heard about any relationship. How many of you need to collect gold to make your bride’s parents assent to wed? I never did that for my girlfriends… 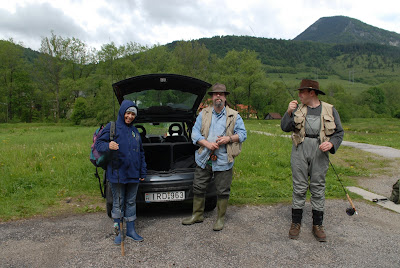 Speaking of fishing, this is a photo we took while fly fishing for trout on the Revuca river in Slovakia. Jewish-Gypsy trout fishing is something not to be missed. Normally Claude and I, like any self respecting noble fly fishing anglers, practice catch and release with trout – carefully landing trout on artificial flies I myself tie on tiny de-barbed hooks, never using live bait, and settling down to a nice hot soup or something else for dinner instead of killing fish. This practice ended with Mina, who does not stand for the idea of going fishing and letting perfectly good, legally caught food go running away after having even paid for a damn license to catch them. Goodbye catch and release. The problem is that now we miss going to Slovak restaurants and when the waiter asks if we would like the English language menu, we ask if they have a menu in Romani... and while we burst out laughing nobody else ever seems to get that joke. Fumie and Mina spent the weekend cruelly laughing at us in our rubber fishing waders and calling Claude and myself the “Chippendale Boys.” Of course, Mina caught the first fish. 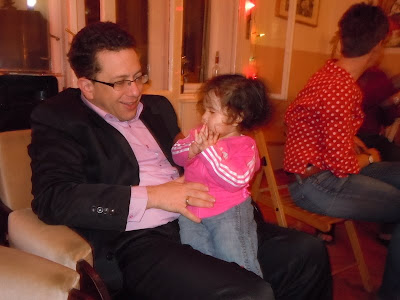 The girls: Kali and Hani, are beautiful. Born in France while Claude worked in Geneva, they now go to a Romanian language kindergarten in Moldova, while being raised in both English and Romani by their parents with equal respect for both Romani and Jewish culture. They always get a little giggly when I speak to them in Romani, which is like “our secret language with Mommy” but they are going to grow up to be amazing multilingual European language monsters when they start school. Thanks to Tom and Amy for lending their apartment for the ceremony, and for piling on the hospitality we take for granted when there is a “Tom Party” although this was a heck of a lot more like a combination children’s play date, family gathering, and informal ceremony than the blow outs we usually enjoy at Casa Tom. And hopefully we will all find the time to get outdoors and meet again on a stream in Slovakia someday soon. The trout are biting, I hear. And always remember to use barbless hooks, and carefully release your catch... a trout is too valuable to catch only once... 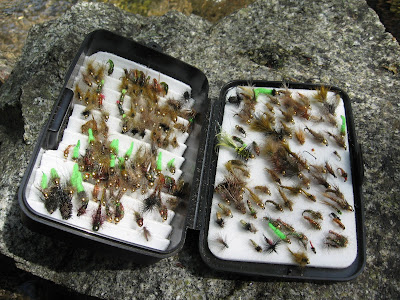 A story that is at once age old,and totally unique. Great post, Bob.

What a wonderful and hope-inspiring post. I'm getting more and more sickened by my Romanian and Hungarian colleagues here in my office in Cluj/Kolozsvar and their continuous and thoughtlessly racist attitudes aimed at, well, the usual suspects.

:)
i met Claude ages ago in Sixtus. well, apperently he
has built up a beautiful life sinse then