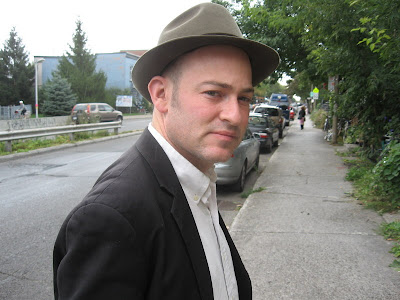 In Toronto Geoff Berner said “Arise and follow me to Montreal.” For a recording session, at least. Geoff - last seen in these pages verbally harrassing neo-Nazis in Budapest - has spent much of his career verbally and musically harrassing the forces of hypocrisy and greed as one of Canada's most prolific politico-Yiddological singer songwriters with several great CDs to his credit. I first met Geoff years ago when he convinced me to take him on a trip to Romania to look for Gypsy and Jewish musicians in Maramures and Moldavia. I was wary about it - I didn't know who the heck this dude was and what the heck he wanted... and when I get wary, I mean slit-eyed, nasty-ass cynical about what a person's agenda is... and I basically told him to frack off and be on his merry way. But he persisted, and eventually we traveled together with his band in tow, and I was converted. We actually had a great time together. No simple folkie pilgrim, Geoff came with open eyes and a musicians' Big Ears and soaked in the history of the past and the stark reality of the present in Maramures, and eventually turned his experiences into some amazing new music. 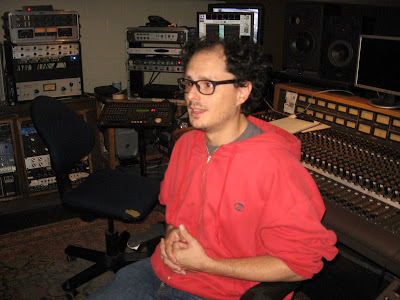 For Geoff's new CD he got together with Josh Dolgin as producer to put together a crack band of klezmer musicians including Mike Winograd on clarinet, Benjy Fox-Rosen on bass and vocals, and Montreal native Brigitte Dajczer on violin to build up the sound he's worked out. 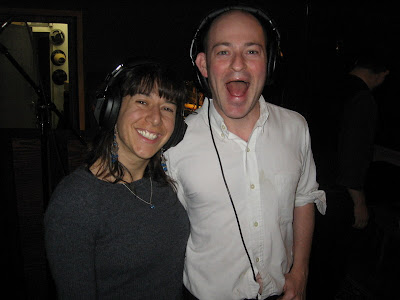 On hand were Geoff's go-to musicians: my old Maramures traveling buddies from BC, Diona Davies(fiddle) and Wayne Adams (drums and percussion.) Me? I was brought in to add the quality called “skronk”... either playing the Romanian vioara cu goarna or just plain screaming into the mike in Romanian. 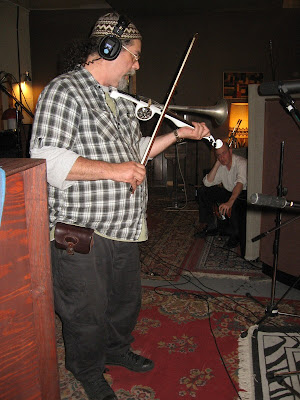 Studio work is a combination of intense focus and concentration interspersed with long periods of wasted time and what we musicians call “the hang.” This was one of the best hangs I have ever had the pleasure to spend with musicians...This was a non-stop jam with epic tales of musicians' road stories, joke telling, and opinions about Chinese take out food. 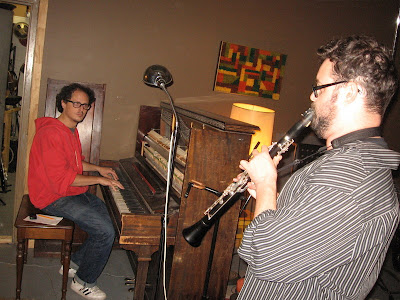 We started our Montreal experience with Geoff's gig at the Casa del Popolo on Bl. Saint Laurent to a rowdy crowd of Berner loyalists fueled by eminently affordable beer and shots. Geoff is known in Canada as "The Whiskey Rabbi" and he playes an audience like a fined tuned violin, shot glass in hand, reeling with a balance of drunkards swagger and the timing of a top notch stand up comic. And while his songs are funny, they are a dark kind of funny that makes you want to run loose in the streets yelling "No Pasaran!" and upsetting garbage cans until you can find another bar that is still open. Folks... Montreal proves that you don't have to spend a lot of money to have a nightlife. As Brigitte told me “Toronto works so that Montreal can play.” Amen. 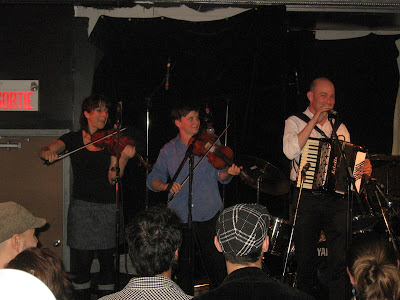 I'll post more about the food we encountered... such as the famed Montreal bagel. No, it is not like a New York Bagel. It is its own animal, slightly sweet, small, and perfect for breakfast - especially if the breakfast is at the Club Social cafe, in the Mile's End nabe next to the St. Viateur bagel shop... which Winograd declared - rightly so - to be the best coffeehouse in the entire Universe. . 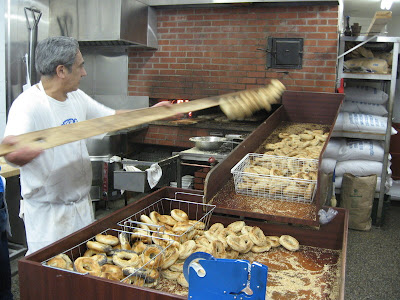 And yes, it is very, very good. As bagels go. But the Holy of Holies, the grail of Montreal munchies, the steamed, rye wrapped prize atop the highest Himalayan peak of Jewish meat products was finally within my grasp... Ladies and Gentlemen, I give you... the smoked meat sandwich from Schwartz's Delicatessen, or as they call it, Chez Schwartz, Charcuterie Hebraique. 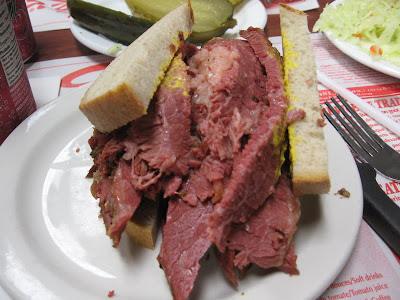 C'est magnifique! C'est almost better than Katz's pastrami, si c'est possible. Take one Canadian Jewish singer songwriter (yes, he idolizes Leonard Cohen who also like to frequent Chez Schwartz' for the occasional smoked meat sandwich) and add a steamed, fat laden, delicious helping of Jewish culture that has morphed into a solid piece of Montreal - and Canadian - identity... stick it between two slices of rye bread, slather with mustard, serve with pickle... 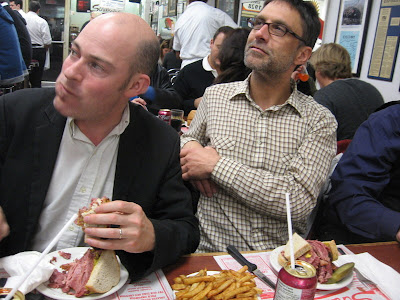 And that deserves an entire post in itself... when I get some rest. After a ten hour drive from Montreal... no more tonight! 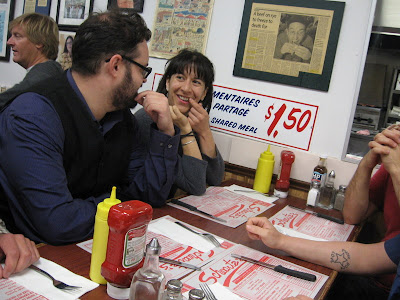 Im looking forward to hear Geoff Berners new record. Sounds really intresting.
I talked to him i Göteborg last year
after a great performance in a small café. He deserved a bigger audience.

Hopefully it will be as good as the smoked meat sandwiches.