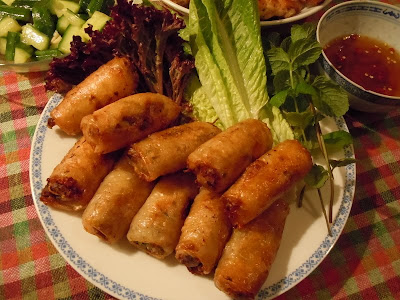 Amid the international froofrah that Hungary has stepped in since taking the rotating presidency of the European Union, one burning question has been pushed aside in the tumult: what’s for dinner? Yes, at our house that is the burning daily issue, a struggle between what we can get in the market and what we actually would like to eat in a pleasant and perfect world. Winter in Hungary means… cabbage, carrots, and very expensive imported vegetables. Meat narrows to a choice between pork or chicken. And in our home, we simply get tired of the traditional Hungarian round of stews, soups and veggies-in-sour-cream that make up the winter Magyar diet. And the worst time is around Christmas, when Hungarians go beserk with overproducing the really good stuff, and everybody ends up sending beiglis to each other and sharing wheelbarrows of leftovers, like our friend Judit’s stuffed cabbage cooked by her Mom. 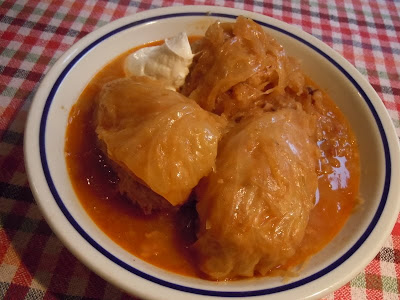 The sad fact is that during the winter I tend to put on weight, happy to chow down on a default diet heavy on pasta carbonara and chicken paprikas ladled over mamaliga until, sometime around May, green veggies return to the market. This year I said a firm No! I have basically cut out 95% of all those tasty carbohydrates and have halved the portions I eat. And this gives Fumie an advantage to our daily dinner debate: Hungarian, Italian, or Asian? With Italian food knocked out of the picture, and Hungarian cuisine hobbled by a wintertime starch glut, we eat a lot of Chinese and Japanese food. 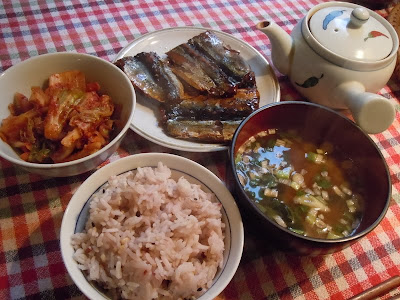 The secret to keeping a Japanese garufurendo happy is basically the same as keeping a pet seal happy: they need fish. A lot of fish. Fresh fish, dried fish, canned fish, powdered fish, cute fish, ugly fish, fish, fish, fish. And Hungary is a landlocked country where ‘fish’ usually means one thing: carp. I do not like carp. I agree with the Romanians whose word for carp is the much more indicative “crap.” 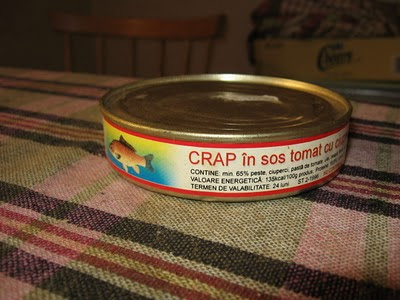 But somehow we manage. We can occaisonally get frozen sardines. We have learned how to home process frozen fish from the supermarket so that it almost resembles fish again. Fumie makes her own kimchee, (the Korean cabbage and pepper pickle that conquered the world.) We grow fresh herbs like shiso and Thai basil on our terrace. When we returned from the US last fall half of our luggage consisted of canned fish and sauces from the gigantic Mitsuwa Japanese supermarket in Edgewater New Jersey. Luckily, we have some Chinese groceries in Budapest, and Fumie manages to create some semblance of an Asian cuisine in a uniquely McGyverish way. Shrimp wonton soup a la Budapest, anyone? 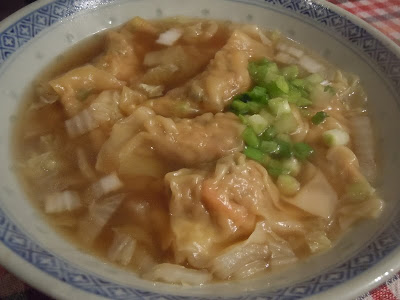 Not everything the Japanese eat is fresh and healthy and prepared with Zen-like sense of purity and balance. The Japanese have an amazing appetite for snacks and junk foods and glow-in-the-dark candies and weird soft drinks like the fabled "Cowpiss." These are stored in big boxes in our Budapest pantry for days when the garufurendo has a nostalgic snack attack. And most of you have not eaten Japanese school food. Fumie gets very nostalgic for school lunch menus, and then it is time for the dreaded Japanese curry! She's stocked enough boxes of Japanese karē sauce in our pantry to survive anything short of a nuclear attack. Now, if you haven't tried it, Japanese curry is a sweet, curry powder flavored glop that is an acquired taste at best. I have simply never acquired it. 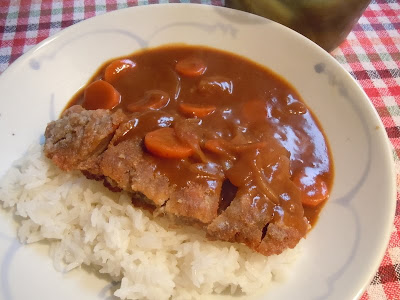 Japanese love to see how far westerners will go with heir food: can you eat sushi? Seaweed? I have gone as far as eating raw sea squirts and sea cucumbers, and I have even munched on a bit of TV snack package jellyfish. But for me karē is my Japanese Maginot line. No problem... but it means I do not get to warm up any shnitzel leftovers. Katsu karē for lunch! But the most significant event of the last half decade in Hungary has been the arrival of shrimp. Since Hungary entered the EU imported foods became a bit more widespread: shrimp appeared. Once only available at five star hotel buffets, Hungarians have acquired enough of a taste for shrimp so that one can now find relatively affordable frozen shrimp. I have absolutely no idea what Hungarians do with shrimp – batter-fry them with mayonnaise sauce Orly modra? Stew with paprika and sour cream? Crush them with poppy seeds and sugar and serve on noodles? But as long as we can wrap them in rice skins with a little ground meat, cellophane noodles, and mint we are happy with Vietnamese chả giò. 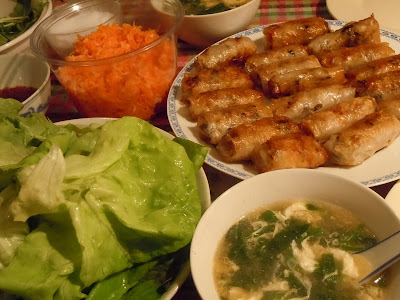 This isn’t to say we have sworn off western food entirely. No way! One lucky side effect of the Hungarian holiday feast-a-thon is that butchers still have a glut of leftover duck and goose. Duck breast is actually easy to prepare, and given the absence of decent beef in Hungary, duck breast is the closest thing we have to steak, albeit with feathers. 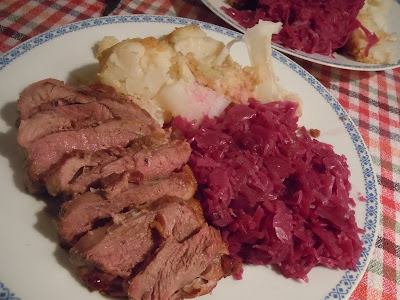 Served with a nice Hungarian sweet and sour red cabbage (I use apples for the sweetness) and some cauliflower gratin, this actually fits into the diet plan quite well. Now, if I could only stop dreaming about spaghetti carbonara…
Posted by dumneazu at 8:09 AM

I haven't eaten breakfast yet, and this post has made me ravenously hungry. Not for carp, though.

i know you think that it is all carbonara here in italy, but watch out...there is more bad than good when it comes to carbonara in restaurants. and don't try the kosher carbonara. it is simply not....

long time lurker here...does Fumie go for natto? Do you? That is my favorite Japanese food, bar none.

All big natto fans here. We have even tried making it at home - stank up the house very bad. About ten years ago there was the "Natto Man" in Budapest - a Japnese guy who made and delivered natto to the Japanese community here, but he dissappeared. Now we can buy it in Vienna and bring it home and refrigerate it.

man, i like the "carp-crap" joke, but i think i've read it several times on this blog :)