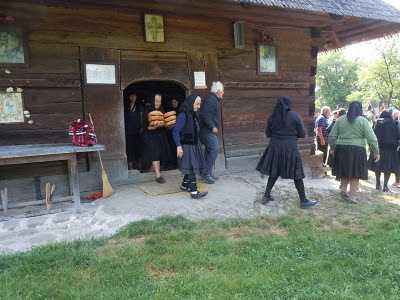 Last spring I managed to get to one of my favorite places in Europe – the Maramureş region in northern Romania – twice in the space of a month. The first trip was in May, part of a project involving my ongoing folk music research. The second trip was even more interesting. As soon as I returned to Budapest I was contacted by Nigel, a professional photographer who had contracted with an American fashion company to arrange a photo shoot in Maramureş. He was already occupied with a job elsewhere, so could I return to Maramureş to do some preliminary location scouting, shoot some photos, and set up some contacts to prepare for their upcoming fashion catalog shoot for the USA based clothing and design company Anthroplogie, which situates its catalogue shoots in various exotic locales. 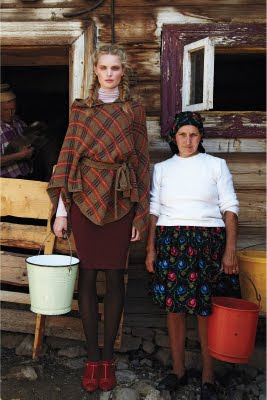 The next shoot chosen was in Maramureş, which the art directors had seen while browsing for “exotic” locations on the internet. Of course, with me being the anti-matter version of a fashionista, I had no idea who or what this was all about, had never heard of Anthropologie (spelled with a ‘y’ that was what I spent a decade studying at University and is a pretty good explanation for why I can speak a bit of Zulu) And, Nigel added, it was a fully paid gig: travel, expenses, honorarium. Even though I had just returned from ten days on the road in Transylvania I was all over that like sheep cheese on mamaliga. First I had to get there. I don’t drive. Luckily, my old buddy Gabor does, and as a Hungarian theater musician he is/was/will always be severely underemployed and has way too much idle time on his hands, so he was happy to jump at the chance to act as paid chauffeur in his 1985 Mazda – an ugly old little machine, but tough as a billy goat and it did run. 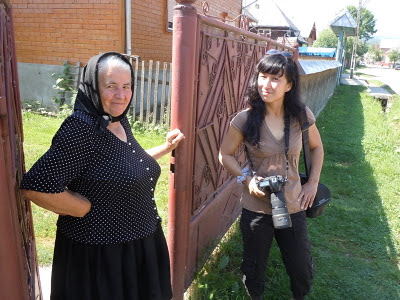 And I was able to take Fumie along – an added asset since we would be visiting our friends in the archly traditional village of Ieud, where Fumie began learning to speak Romanian back in 2001 from our host Nitsa, an amazingly strong and independent village woman who is a living encyclopedia of local Romanian folklore and a pillar of her local Greco-Orthodox church. There is nothing Maramureş villagers love more than a Japanese girl who can speak basic Romanian with a Maramureş dialect. 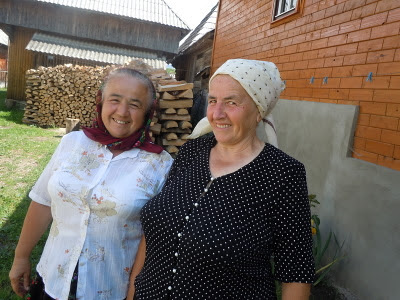 The fashion shoot folks were going to need some local help as a fixer for their work, and Nitsa – one of the most beloved and respected figures in the village hierarchy - was just the ticket to do it. And, best of all, she was well compensated for her time and trouble. That was in June, and in September the catalog came out online. 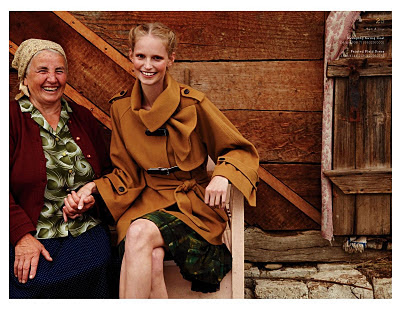 I had never heard about Anthroplogie clothing, although asking around it seems to be well known and quite trendy (and expensive) but it was great seeing our friends in Maramureş included in some of the photos alongside towering Danish models draped in upscale fashions. Of course, the fashion models and photo shoot staff stayed in the city of Sighet at the swank Hotel Marmaţia with all the mod cons. 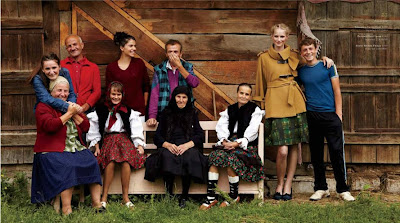 I stayed in that hotel back in 1997, when it was a classic post-communist dump with stained furniture and odd wooden chandeliers in classic Ceaucescu hotel style. Today it is wall to wall wifi and quality capuccino and cable TV in every room. I shouldn't really be surprised. So many travel writers have made a living stereotyping Romania as Europe's backwater for so long that when you find a five star hotel in a small town it still elicits a sense of surprise. But I still prefer village life. While we were in Ieud, however, we stayed with our friends in the village. On the first morning, Nitsa invited us to a ceremony at the wooden church across the street. It was the seventh month after the burial one of the villagers, and a memorial ceremony was held in the church. 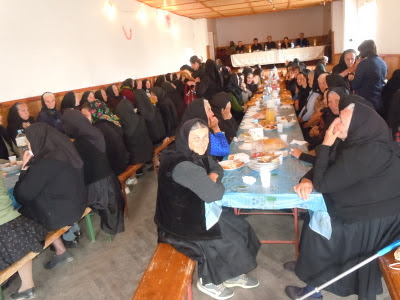 Afterwards, everybody gathered in the churchyard and was given cake and a shot of home brewed horinca brandy, and then all marched down to the village hall for the feast. It was around noon, but already the "paharnic" - the bottle bearers - were in action serving drinks. What was amazing was that as they moved around the tables serving a glass of 110 proof plum brandy to groups of three or four people, they would also take a drink as a toast, yet we never saw any of them get noticeably tipsy. In Ieud people drink a lot for ceremonial situations, but we rarely saw anybody drunk. Which is not the case in all villages. 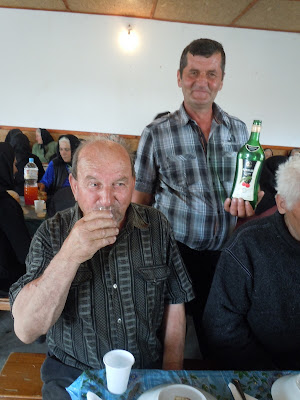 Nitsa pulled us in and we were seated for a lunch of meatball ciorba and sarmale stuffed cabbage. These are different from the stuffed cabbage we have in Hungary. Smaller rolls, almost no paprika to speak of, more rice and less meat, and flavored with dill and thyme. There is even the vegetarian version, the lenten sarmale de post made with vegetables and rice which wins my vote for best vegetarian food in the world (in a close race with pizza and felaful.) Romanians eat a lot of sarmale and never get tired of it. It is the perfect food. 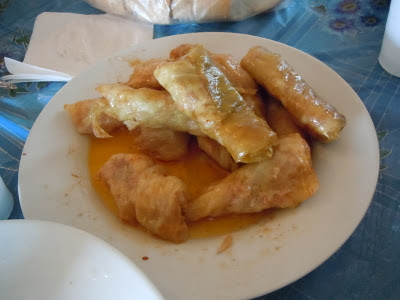 These funeral anniversary feasts are held quite often in the village and within a few days we were invited again, on a day when Nitsa was part of the catering and cooking brigade who donate their time and services as part of their duty to their church. While the crew was doing their shoot they also did some shooting at musician Ion Pop's home in Hoteni. When their fixer, our Transylvanian-from-Budapest friend Andrea called him up to set up a meeting he told her "Come by any time, I'm always at home. I'm a peasant from Monday to Friday. I'm a musician only on weekends."
Posted by dumneazu at 5:29 AM

Great post, Bob. In my unbiased opinion, though... those anorexic blondes can't hold a candle to the luminous Fumie. (vegetarian sarmale -- the stuff of tonight's dreams).

Bob (and all), here's a working link to the September (Maramures) catalog:

I remember those wooden chandeliers - thanks for reminding me: via one peculiar detail a whole lot is evoked. Wonderful post, yet again

what a surreal story - high fashion in way out places - is that a bit of voyeurism?? Fumie looks great a big hug from Seattle