Warsaw: The One Day Tour.

Been sparse with blog posts lately, for many reasons (or, if you will, excuses.) One was massive computer problems in February, causing me to have to backup a lot of files and reinstall my Windows system. To everyone who says “Get a Mac” I should set up a paypal account so that you can all get me a mac. And if I had a Mac I am pretty sure Fumie would take it over for her graphics work and I would never get near it. Besides, I almost enjoy wrestling with Mr. Gate’s foul monstrosities. So it’s XP for the time being (I have Vista on the Acer I got as a gift… which reminds me of the joke: What would you get if Microsoft made vacume cleaners? A product that does not suck.) Second: a bit of unexpected travel. 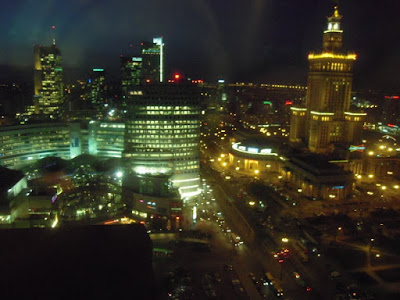 Last week saw me spend a day in Warsaw. A film crew (I won’t go into details) who had interviewed me a year ago wanted some more interviews, so they flew me up to Warsaw for the day. That's right: the day. Up at dawn, I was on the flight and in Warsaw at 9 am, and flew home at 8 that evening. Rather abrupt, but after the morning interview, I had the day free. My base was at the Warsaw Jewish museum. 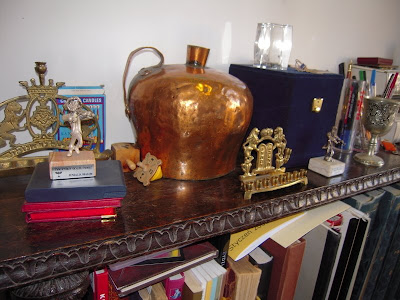 Warsaw isn’t the most graceful city in Poland. Most of Warsaw was stematically destroyed by the German Army in 1944 in the aftermath of the Warsaw uprising. Which left Warsaw looking like this. 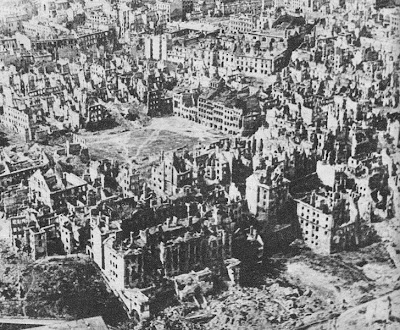 Postwar rebuilding focused on making the city habitable, and historical reconstruction has been ongoing for over 60 years. Much of the history of the city has been obliterated, but people have not forgotten the majestic Warsaw of pre-war years, and memorial plaques can be found all over the downtown, pointing out locations of former glory. Poland has a population of almost 38 million: they don't have time to worry about a cute capitol city. 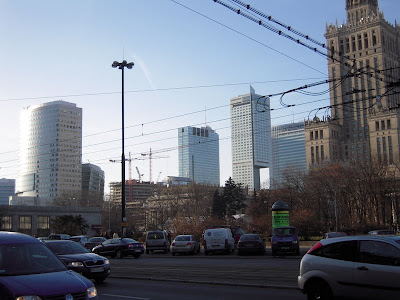 The building in which the Jewish museum is housed used to be the Jewish library next to the Great Synagogue. Many of the exhibits are documents and art from the library and the Jewish records offices that were secretly buried in metal milk barrels beneath the library, and dug up after the war from the rubble. 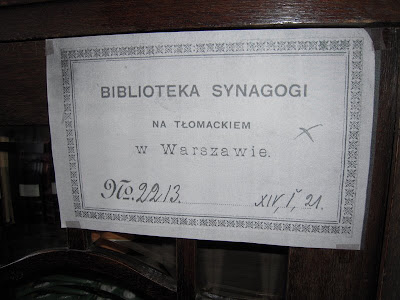 Across the street from the Jewish museum is a small park behind a nondescript office block and a Kentucky Fried Chicken outlet. This is where the gate to the Jewish Ghetto was located during the war. Much of the Jewish Ghetto now lies where the gigantic Palace of Culture now stands, and as Warsaw is continually rebuilding itself and healing the scars of WWII, there is little to remind anyone that this was once the seat of Polish Jewish culture. 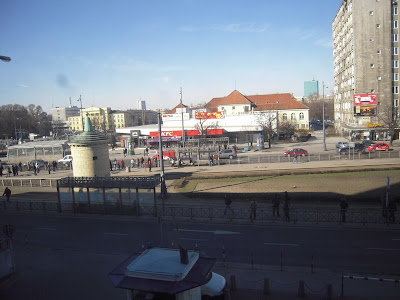 But there is a neat new downtown mall… 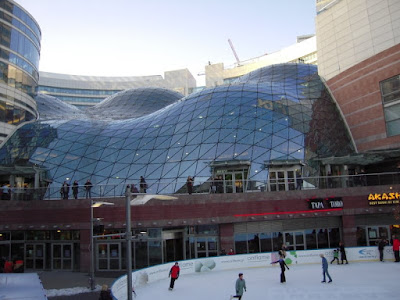 And what would a trip to Poland be without pierogis? Having eaten pierogis in Russia, the Ukraine, and all over the lower east side of New York, I am completely taken by the Polish version. Oh, litttle dough sack of meat and mushroom, I am yours completely... 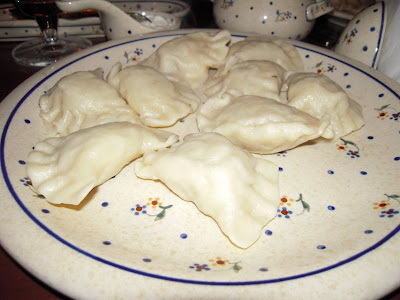 And Zurek? Ahhh… sour rye bran soup with a nice sausage. It isn’t kosher, but it sure works for me on a cold windy day. 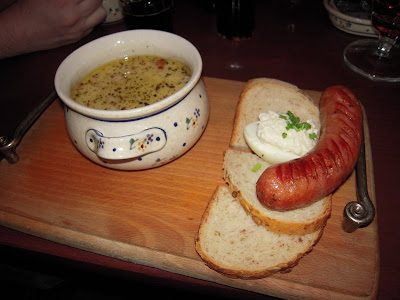